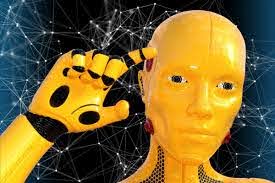 Aquatic drones are taking to the high seas to fight against contaminated drinking water.

According to the World Health Organization, more than 2 billion people worldwide drink contaminated water due to pollution – a problem that will only worsen as demand is projected to spike by 30 percent within 30 years.

There is hope – the Robonomics Network, a team of Russian engineers focused on AI, robotics and blockchain solutions, is releasing a swarm of autonomous aquatic drones to analyze water quality, providing vital chemical data to experts.

“[Robonomics’] core idea is that machines can act for the benefit of humans and nature and as independent agents interacting with each other under minimal human control,” a Robonomics spokesperson explains.

The seaworthy drones use PX4 firmware and the Pixhawk autopilot platform. Photovoltaic panels provide enough energy for daytime operations, as well as 3-5 sunless hours. The drone swarm transmits data to a decentralized network built on Ethereum blockchain tech (What is Ethereum?).

“It is a combination of blockchain and collective intelligence of a decentralized self-managed drone infrastructure that acts as a multi-level solution to the problem.  It is a swarm of drones that performs joint monitoring and cross-verifies each other’s results in a bid to eliminate false alarms and provide authentic and precise data.”

“The platform allows these drones, that have individual digital signatures and operate under a designated protocol, to independently assess the chemical composition of water via built-in sensors [including pH and oxygen levels].”

By using blockchain for data storage, the drone swarms’ findings can’t be censored by governments or other entities that may want to curtail negative news about water quality.

“The data received from these devices cannot be altered but can be easily verified by a third party. Moreover, thanks to the electronic signature that each drone has, all subsequent drone movements and its location at any given period is securely stored on the Ethereum blockchain.”

Although most of the attention surrounding drones focuses on unmanned aircraft, aquatic drones are floating their way into more use cases – especially for scientific research.

Earlier this year, NOAA launched a sea-going sortie of three aquatic drones bound for the Bering Sea. The drone fleet will survey the nation’s largest fish stock and monitor changing weather and ocean conditions in the Arctic.

Jason is a longstanding contributor to DroneLife with an avid interest in all things tech. He focuses on anti-drone technologies and the public safety sector; police, fire, and search and rescue.

Beginning his career as a journalist in 1996, Jason has since written and edited thousands of engaging news articles, blog posts, press releases and online content.