Role of businesses in water conservation 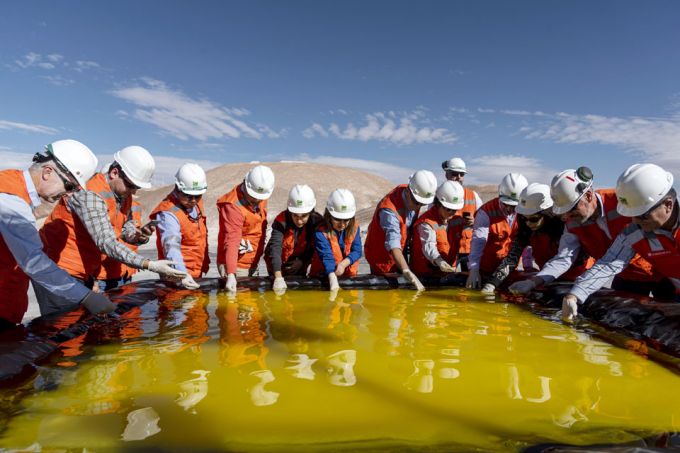 MNCs such as Unilever and Nestle have decided that if they want to survive and thrive, water conservation has to be a priority consideration.

On World Environment Day, it is appropriate to review how major multinational companies are managing water demands from manufacturing their products, and the water required by consumers to use those products. PHOTO: BLOOMBERG

WORLD Environment Day has been celebrated every year on June 5 since 1974. Its objectives are to encourage environmental awareness and promote actions for environmental protection.

This year in Singapore, there is an additional event on June 6-7. Singapore International Water Week (SIWW) has invited 180 leading water professionals from all over the world to discuss how industrial demands for one of the world’s essential resources, water, can be reduced.

Worldwide, industry accounts for about 20 per cent of total water use. The balance is used by agriculture (70 per cent) and the domestic sector (10 per cent). However, in recent years, the percentage of global water use for agriculture has been decreasing and industrial water use has been increasing.

For a land- and water-scarce city-state like Singapore, with limited agriculture, industry accounts for the lion’s share of water use. Current estimates see industry’s total water requirements doubling by 2061. Industry will represent 70 per cent of total water use. Concurrently, water imports from Malaysia, which provide around 50 per cent of its current water needs, will come to an end. Thus, like in Alice in Wonderland, Singapore will have to run faster to stay in the same place in terms of water security.

While all countries must manage industrial water demands in the future, for Singapore, it has become a priority consideration.

On World Environment Day, it is appropriate to review how major multinational companies such as Unilever and Nestle are managing water demands from manufacturing their products, and the water required by consumers to use those products.

The two MNCs have existed in some form or another for over 130 years. They have successfully elevated environmental conservation to a board level issue.

Take Unilever, which Bloomberg Businessweek put on the front cover of its Sept 4, 2017, issue with a provocative title Is Unilever the last good company? Under its dynamic and environmentally conscious CEO Paul Polman, Unilever pledged to reduce its environmental footprint by half by 2020 compared to 2008, while doubling sales. In a 2010 Financial Times article, Mr Polman expressed a heretical view: “I do not work for the shareholder, to be honest; I work for the customer.”

Using less water meant significant savings in energy because less water had to be pumped and heated, and less wastewater was generated which had to be treated. Since 2008, water conservation saved Unilever’s energy cost by 105 million euros (S$161.7 million). Its investments in water efficiency had an average payback time of just over two years.

We visited Unilever’s factories in Thailand. We were impressed that its employees – from the factory managers to three rungs below them – were committed to environmental conservation. Such targets have become part of their annual KPIs.

Nestle, under the leadership of Peter Brabeck-Letmathe – first as CEO and then as chairman of the Board – has changed its environmental performance. During his leadership, Nestle formulated and implemented a new concept: Creating Shared Value (CSV). Simply put, this meant that Nestle would create value not only for its shareholders but also for individuals, families and communities all over the world.

Nestle’s CSV included four specific water goals: continually improve water efficiency and sustainability across all its operations; advocate for effective water policies and stewardship; engage with its agricultural suppliers to improve their water management practices; and raise awareness on water conservation across its entire water chain. Mr Brabeck was the most effective and visible global business leader in promoting water conservation. His successor, Paul Bulcke, both as CEO and then chairman, has continued to further decrease the company’s water footprint.

Nestle committed to reduce direct water withdrawals per tonne of product, for every product category, to achieve 35 per cent reduction between 2010 and 2020. By 2018, it had reduced water withdrawals by 29.6 per cent. In some product categories like confectionary and powdered liquid beverages, it had reduced water requirements by 55 per cent during this period.

Between 2002 and 2017, Nestle India reduced its water consumption per tonne of product manufactured by 51 per cent, and cut its wastewater generation by 51 per cent.

Nestle’s most innovative idea is zero water factories. In 2014, in its new milk plant in Lagos de Moreno, Mexico, it installed condensate recovery units from milk (about 88 per cent water) it processes instead of abstracting water from outside sources. As a result, this plant is saving 1.6 million litres of water per day, about 15 per cent of its entire water requirements in Mexico.

Similar savings in other milk plants are already being achieved, or will soon be achieved, in six plants in Brazil, and one each in Mossel Bay, South Africa, India, Pakistan, China and Modesto, California.

In 2007, Unilever launched Comfort One Rinse fabric conditioner which reduced water use in handwash laundry by two-thirds. If all potential users in South Africa and Asian developing countries used the product, it would reduce annual water use by over 500 billion litres. Sadly, even those who used the product did not believe one rinse would remove washing residues. People preferred to rinse clothes two times, or even three, to be psychologically assured the clothes are clean.

Another MNC, Proctor and Gamble, started in 2019 a new line of laundry detergents, soaps and shampoos that require very little water to manufacture. These cleaning products come in small fabric-like swatches that dissolve and foam in contact with water. In addition to saving a significant amount of water during their manufacture, swatches are light to package and ship. However, consumers’ acceptance is the big unknown. Would they be convinced that this new generation of cleaners are as good and effective as existing traditional ones?

Technological advances may trigger major behavioural challenges in the future. Within the next five years, we are likely to see commercial introduction of self-cleaning fabrics. However, for thousands of years, we have become used to cleaning our clothes. Will there be psychological and emotional acceptance of self-cleaning clothes that will also reduce water consumption?

Major MNCs such as Unilever and Nestle have decided that if they want to survive and thrive, water conservation has to be a priority consideration. Such companies have taken aggressive steps to reduce their water use, and this will continue in the future.

Singapore has mostly small and medium-size (SME) firms. Water very rarely accounts for more than 2 per cent of production costs of any product. It will be a challenge to convince thousands of SMEs to consistently reduce their water demands.

For a country like Singapore, a good option has to be reducing industrial and domestic demands significantly by aggressive policies so that water demand in 2060 does not double, but can be kept within 20-25 per cent more than existing water use. This will be challenging but doable.

This article was published by THE BUSINESS TIMES, June 5, 2019.