Roles of hydropower and dams in society, including mitigation and adaption to climate change 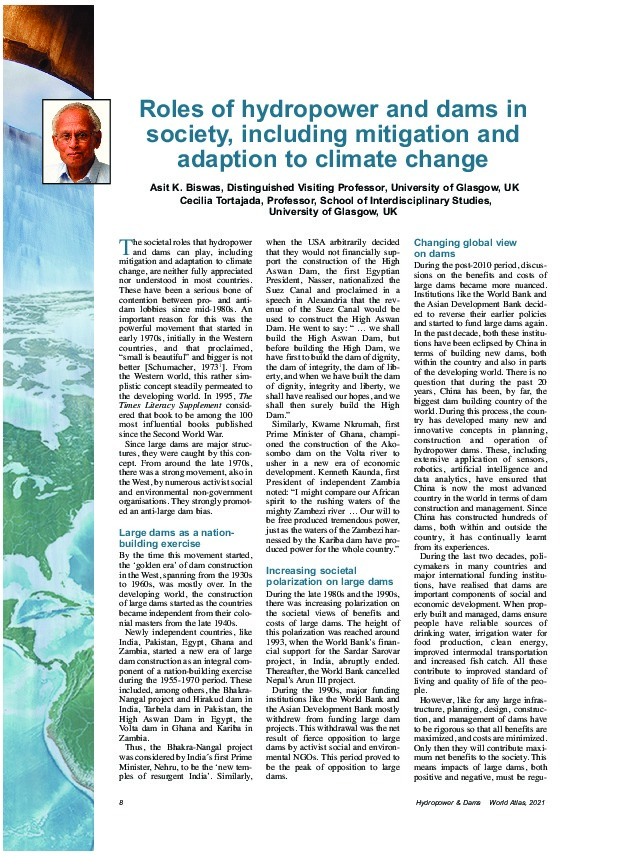 The societal roles that hydropower and dams can play, including mitigation and adaptation to climate change, are neither fully appreciated nor understood in most countries. These have been a serious bone of contention between pro- and anti-dam lobbies since mid-1980s.

During the post-2010 period, discussions on the benefits and costs of large dams became more nuanced. Institutions like the World Bank and the Asian Development Bank decided to reverse their earlier policies and started to fund large dams again.

This article was published in Hydropower & Dams World Atlas , October 2021.