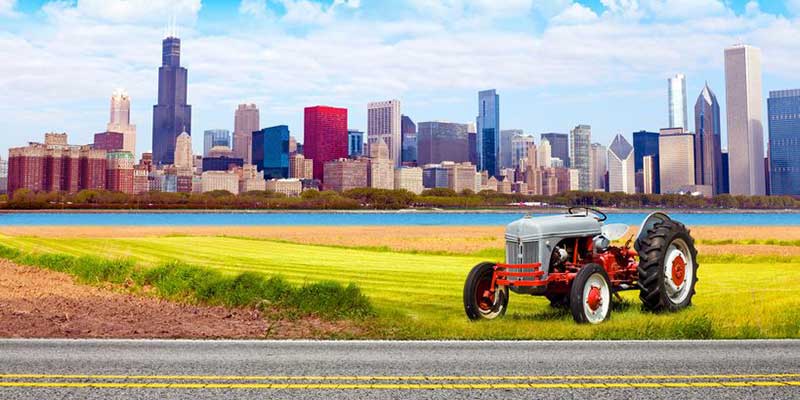 Expanding cities are sucking up ever more water, exacerbating the effect of climate change and threatening to create a “dusty and deserted” rural hinterland, scientists said on Thursday.

An international team of researchers calculated that globally at least 16 billion cubic meters of water - almost the annual flow of the Colorado River in the United States - were pumped out of the countryside into cities every year.

The figure is the tip of the iceberg of a global problem that is bound to worsen, with the United Nations estimating 2.5 billion more people will move into cities by 2050, according to the authors of the study.

“Urbanization is increasing competition between cities and agriculture,” lead author Dustin Garrick, of the University of Oxford’s Smith School of Enterprise and the Environment, told the Thomson Reuters Foundation.

“It’s a significant problem already and it is likely to grow,” he said.

Garrick said the world was “woefully underprepared” due to a lack of data, particularly in South America and Africa.

The research, published in the Environmental Research Letters journal, reviewed almost 100 scientific studies looking at the impact of water reallocation from rural areas to cities.

They identified more than 100 projects - be it pipelines or dams - that had diverted water into 69 cities, supporting the needs of 383 million people, mainly in North America and Asia.

In many cases, water reallocation benefited cities to the detriment of rural populations, often causing protests from farmers whose taps ran dry, the study said.

With global warming due to worsen droughts and other extreme weather, tensions are set to deepen, said Mbaye Mbeguere, senior water, sanitation and hygiene manager at charity WaterAid.

Although the review does acknowledge that cities and surrounding agricultural areas are increasingly finding themselves in tight competition for water resources, it also points out positive movement toward more equitable water sharing.

The Mexican city of Monterrey is a good example of how cities can make their water relationships with surrounding areas less lopsided. In the 1990s, Monterrey diverted water from a Rio Grande tributary, but now compensates farmers and returns its wastewater for agricultural irrigation.

Likewise, plans for wastewater reuse and irrigation efficiency upgrades are being pursued within the often water-inefficient agricultural sector. These plans to leave more water for metropolitan areas often are happening due to a donor area’s positive response to water negotiations. The report affirmed that, “emerging trends related to irrigation efficiency and wastewater reuse can benefit from the progress and challenges encountered by early adopters.”

New water reuse technology is making the process more available because of its energy efficiency and lower cost. One of the most promising examples is Fluence’s membrane aerated biofilm reactor (MABR), which recently proved itself in a yearlong pilot project at Stanford University, meeting California’s stiff Title 22 standards for irrigation reuse. MABR not only has shrunk the footprint of biological wastewater treatment, but it also has nearly eliminated the need for air compression, perennially the most energy-intensive process in biological wastewater treatment.

Although there is cause for optimism, the review cautions that polarization is a significant obstacle toward good decision-making. Often, reallocation of water from the countryside to a city is opposed out of hand as a net loss to rural areas, a belief the report calls a “myth.” However, the authors assert that policymakers also frequently rely on an alternate myth that irrigation efficiency will always deliver positive outcomes for both sides.

Cate Lamb, director of water security at the Carbon Disclosure Project, commented on the review’s conclusion that water reallocations can do better. “Water is a finite resource for which there are no alternatives,” she said. “It’s time to get serious about [it].”

Click HERE to read an industry supplier's editorial on the study by Fluence Corporation.