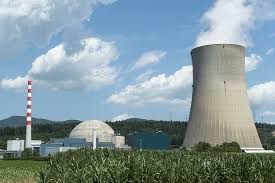 Looking to reduce electricity production’s water consumption, researchers at Sandia National Laboratory have created a new system of analysis to identify how much power plants save through wet cooling systems and an air cooling system to make those without more energy efficient.

More than 40 percent of all the water used in the U.S. is reserved for wet cooling at power plants, according to Sandia. For this reason, many thermoelectric power plants are located near lakes or rivers for easy access to a regulated amount of water. For the largest power plant in the U.S., however, and Sandia’s test case–the Palo Verde Nuclear Generating Station–this is not the case.

Palo Verde takes heat from nuclear reactions and converts it into electricity. Along the way, that heat boils water, creating steam that drives its turbine generators. However, all that steam leaving those turbines must be cooled and condensed before it can be reused. Yet, located amidst a desert, the plant has little access to water, forcing it to rely on expensive, treated wastewater. Its operators sought to reduce water use by around 9 million gallons per day.

Bobby Middleton, a nuclear engineer at Sandia, began developing software that weighed aspects like fluid flow, heat transfer, atmospheric evaporation, and water treatment and combined them with the financial impact of different solutions. The first phase of that project is now complete, and will soon begin identifying the best water-saving technologies for the task, before testing the most promising in a lab setting. Even now, however, the model is helping identify less expensive ways to remove ions for Palo Verde at different points in its cooling cycle.

“No one has created a system dynamics analysis that simultaneously considers all these factors before,” Middleton said. “It helps us predict the benefits we might see from a particular technology so that we spend time only testing the most promising approaches.”

At the same time, Sandia researchers have also redesigned and patented an air cooler system to take supercritical carbon dioxide to transfer heat from steam to air. This, they say, will increase the range of conditions that indirect dry cooling can handle, and more efficiently at that. It does so by using supercritical carbon dioxide instead of the commercial go-to–refrigerant–to transfer heat to air.