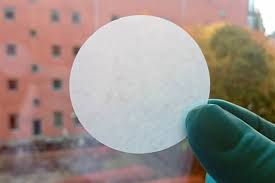 Scientists from Dhaka University and Uppsala University have joined hands to make a nano-filter that can keep out all kinds of bacteria and viruses, using a macro-algae (commonly known as ‘sheola’ in Bangla) named “pithophora”, that grows abundantly in Bangladesh. They say it can save lives of almost 15 million people, who lack access to safe water in Bangladesh.

Algae grows in abundance at almost all natural waterbody in the country. To study this organism’s untapped potential, Khondkar Siddique-e-Rabbani -- honorary professor of biomedical physics and technology department of Dhaka University (DU) -- co-ordinated a project with a team of scientists from Uppsala University, Sweden (UU), headed by Albert Mihranyan, a senior lecturer of nanotechnology and functional materials.

Prof Md Almujaddade Alfasane of DU’s botany department, Prof Anwara Begum of DU’s microbiology department, and Sharmin Zaman, a research scientist at the Centre for Advanced Research in Sciences, were part of the Bangladeshi research team. The latter two worked on the effectiveness of the filter.

Prof Almujaddade suggested using “pithophora” instead of “cladophora”, which was the original algae used by Mihranyan. This suggestion was made due to pithophora’s rapid growth rate.

Prof Almujaddade mentioned, “The pithophora was collected from different habitats of Bangladesh and cultured in the botanical garden of DU. Then we processed and sent it to Sweden. This nano-filter is capable of removing all types of bacteria and viruses, which are pathogenic, from contaminated water.”

Prof Anwara explained that some technical modifications are still required to make it affordable and available for public use.

In an article published on the UU website, Mihranyan mentioned, “Pithophora algae have been largely overlooked in the past as a valuable raw material. It is with great satisfaction that we can now document excellent pathogen removal clearance for both water-borne bacteria and viruses with efficiency above 99.99 percent. It can purify even the smallest virus particles of 27-28 nanometres.”

SOURCE ARTICLE BY Khalid Hussain Ayon  ON THE DAILY STAR