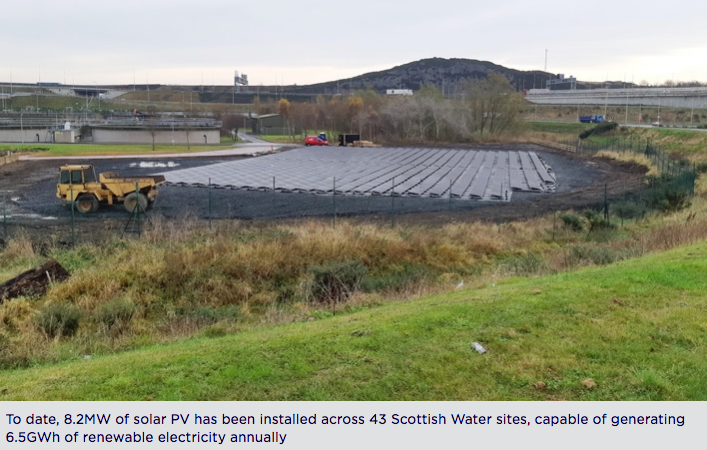 A wastewater treatment facility in Dunfermline is the latest Scottish Water facility to be fitted with onsite solar technology, as the water company progresses towards its net-zero carbon target for 2040. 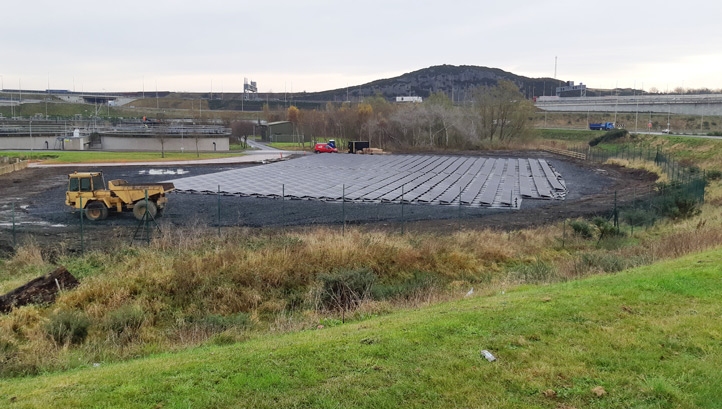 To date, 8.2MW of solar PV has been installed across 43 Scottish Water sites, capable of generating 6.5GWh of renewable electricity annually

The new system will generate 0.2GWhr of energy on an annual basis, equivalent to powering 55 homes for the year. The system will account for 10% of the electricity required to power the facility, which serves 81,000 customers in Dunfermline, Inverkeithing, Dalgety Bay, Crossgates, Rosyth and Kingseat.

“The energy needed to provide customers with essential water and wastewater services makes Scottish Water the largest single user of electricity in the country and we are fully committed to finding alternative ways to develop and accelerate green energy schemes to reduce our carbon footprint.”

To date, 8.2MW of solar PV has been installed across 43 Scottish Water sites, capable of generating 6.5GWh of renewable electricity annually. More than 70 of the utility company’s water and wastewater treatment facilities are now self-sufficient or partly sufficient in terms of power generating requirements.

The Scottish Government has set the water company a target to generate or host three times the energy it uses by 2030, as part of the 2040 net-zero ambition. As of last year, Scottish Water is generating double the amount of renewable energy compared to its electricity consumption.

The UK water sector has been one of the most proactive when it comes to decarbonisation.

UK water companies will focus on self-generated renewables, energy efficiency improvements and the roll-out of low-emission vehicles as part of a new roadmap to help the water sector reach net-zero emissions by 2030.

In August 2019, the UK’s nine major water and sewerage providers, including Yorkshire Water, Anglian Water and United Utilities committed to planting 11 million trees in order to improve the natural environment across 6,000 hectares of English land as part on an overarching ambition to become a carbon-neutral sector by 2030.

In December, the UK's major water companies launched the first major project to develop a roadmap that will help the sector achieve net-zero carbon emissions by 2030. The sector named Ricardo and Mott MacDonald as the consultancies that will act on behalf of Water UK and UKWIR to carry out research that will create a practical, step-based approach to the net-zero pledge.