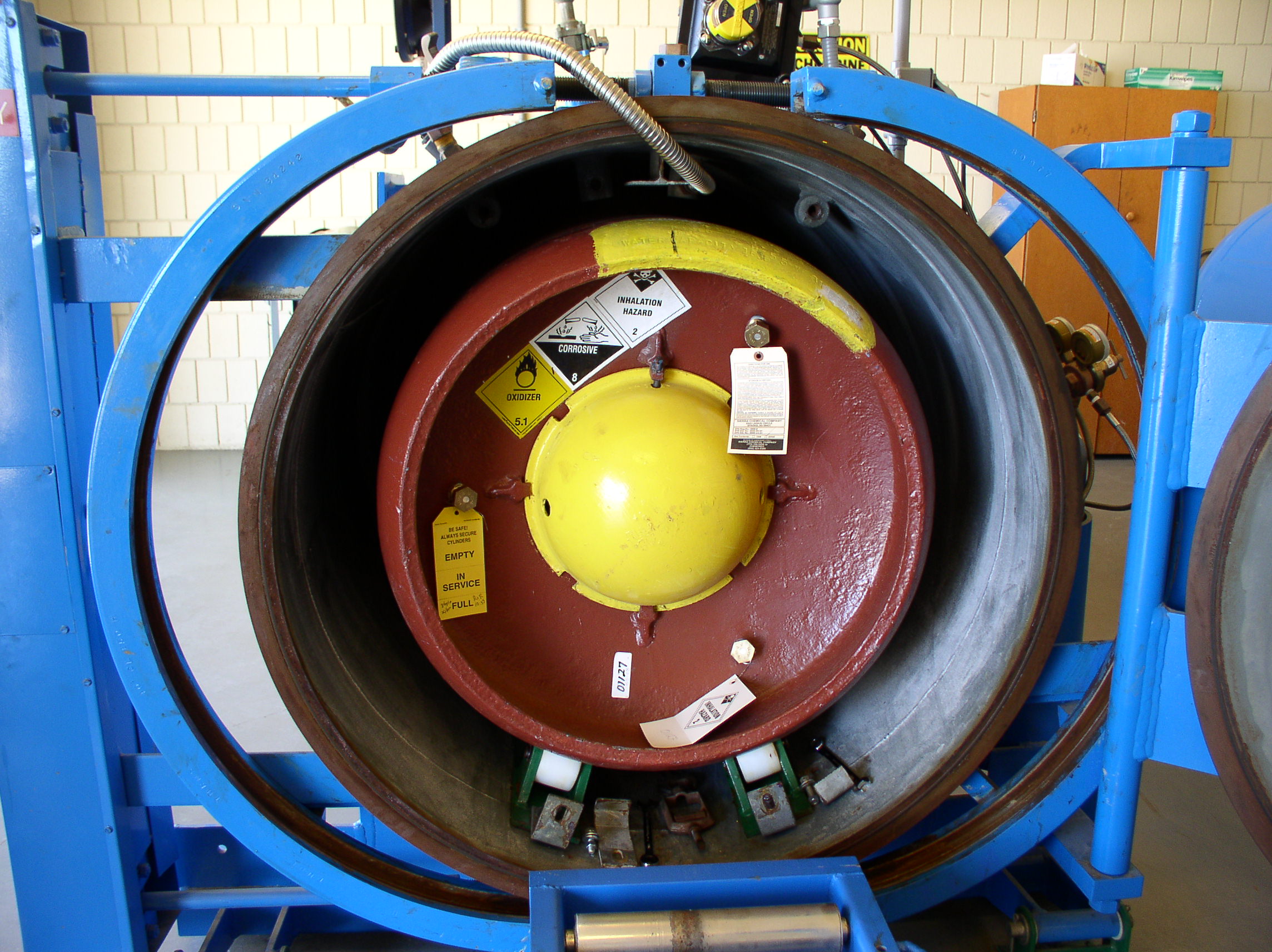 The article is written by Cliff Lebowitz

The superintendent of a 12 MGD water treatment plant (WTP) reports that abandoning a plan to switch from chlorine gas to bleach for primary disinfection was enabled through a well-engineered risk management plan for any gas leak risk, thereby allowing him to continue receiving much-appreciated benefits from using gas.

“When I started here in 1997, there was already a design engineering study underway toward installing a sodium hypochlorite (bleach) system to replace chlorine gas,” recalled Scott Rovanpera, superintendent of the WTP, which is operated by the City of Benicia, CA.

“But I knew of significant problems with using sodium hypochlorite in a treatment plant nearby; it was leaking at pipe unions and ball valves. I also saw that our location was in a rural area of north Benicia, with few people anywhere within a mile of the plant, thereby creating a huge buffer in the event of a gas leak. In addition, there hadn’t been a major gas leak since the plant opened in 1971; just a few minor ones with transfer hoses when storage tanks were changed.”

“We also much appreciated the chlorine gas as an exceptionally strong oxidant that could break down the walls of bacteria and viruses, and it was far less expensive than ozone,” he continued. “Chlorine gas is the least expensive chemical we purchase; it is 100% pure, and 2,000 lbs. will last up to 25 days during the winter months.”

“We were dosing chlorine at 0.6-0.8 mg/L as a pre-oxidant to support enhanced coagulation using aluminum sulfate, thus allowing staff to treat total organic carbon (TOC) levels ranging from 4-18mg/L. For that need, we were better off with chlorine gas that could depress the pH, to assist in the removal of color. Sodium hypochlorite (bleach), which is alkaline, has a tendency to raise the pH during pretreatment. That also helped us deal with the enhanced coagulation part of EPA’s 1986 Surface Water Treatment Rule.”

“Our State Water Project (SWP) source water contains high levels of Natural Organic Material (NOM) following storm events,” Rovanpera noted. “The challenge of the Enhanced Surface Water Treatment Rule is to reduce the NOM precursors that form disinfection byproducts (DBP’s) when disinfecting with chlorine gas or bleach. DBP’s are heavily regulated, and this is the major issue we have to deal with when treating SWP source water. We find that using chlorine gas as a preoxidant greatly assists in the coagulation of these precursors.”

“Meanwhile, the chlorine gas is a heavily regulated chemical, and the use of it requires a mandated risk management program (RMP). So instead of moving away from gas, we moved toward finding ways to make the changing of our 1-ton chlorine cylinders a safer operation for our employees.”

“We located a company that builds a containment vessel for 1-ton chlorine containers,” he recalled. “The first generation of this secondary containment system utilized a hinged door, with an 18-nut locking system. Tightening those 18 nuts seemed rather a labor intensive for our disinfection program. We average a chlorine container change out every two weeks in the summer, so this locking system would be cumbersome, occurring too frequently.”

“We worked with the manufacturer to change to a two-bolt version, operated by a jack-screw drive system. Similar to a submarine hatch, the locking mechanism is based on a wheel-operated drive chain that closes two clamshells around the door.”

“That innovation resolved our problem,” he concluded, “and led to our changing our course of action, in 1998-99, to establishing a secondary containment system using a pressure-tight vessel design, rather than building a bleach delivery system that would’ve cost us twice as much. Our containment system effectively seals any potential chlorine releases in a secure and leak-proof vessel.”

The containment system and its conveyor racks were simply positioned on a concrete pad and bolted down. Vacuum breaker regulators are attached for a fail-safe shutdown if there is a leak downstream from the containment vessel.

The vessels are designed for not less than 40 years of service. They enclose chlorine gas cylinders, the chlorine transfer hose, and seismic lock-down brackets that prevent the cylinders from moving during an earthquake.

A 1-ton chlorine container is pushed into the secondary containment vessel on rollers. The chlorine transfer hose is attached to the supply valve, pressurized, and tested for any leaks at the hose ends. Then the door is closed, and secured by the clamshell locking mechanism.

Operators switch from the standby containment vessel by opening the vacuum breaker valve. The switch-over is performed by a single operator and does not require the wearing of a self-contained breathing apparatus (SCBA).

*Catalytic Objective SynthesisTM newsletters, reported independently by Cliff Lebowitz, are sponsored by equipment manufacturers, who allow for objective reporting based on interviews of their customers, who in turn provide review and approval for accuracy and completeness. Titles and headlines are created to help readers recognize solutions for problems and needs, typically related to issues such as quality, reliability, efficiency, and compliance. Circulation and distribution are customized for each newsletter.