Selenium treatment: What you need to know about selection and control advances in mining 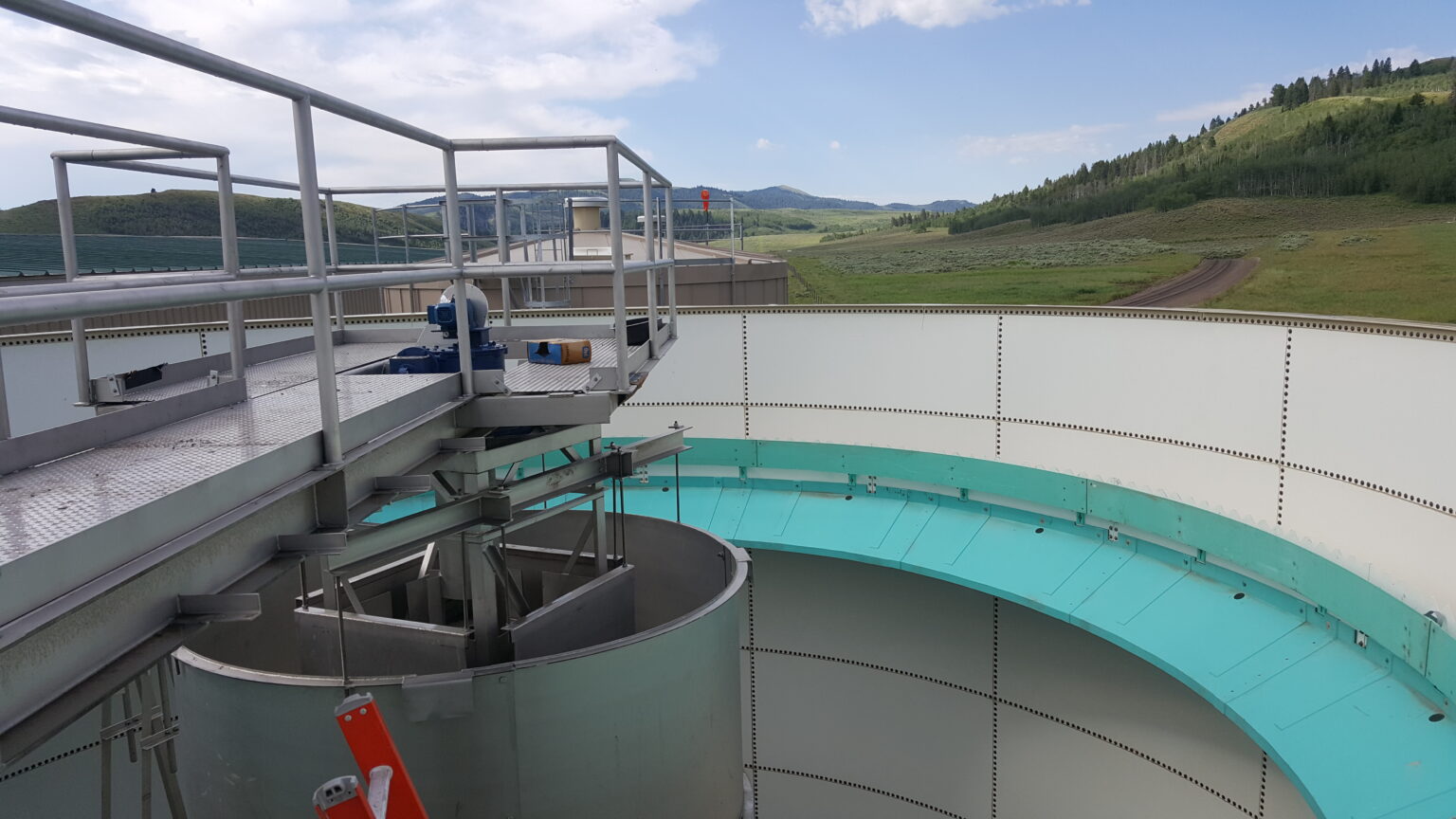 If you run a mining operation or are planning to, selenium (Se) removal from mining-impacted waters can be a top priority. This is especially true for soft rock geological formations yielding coal, phosphorus, and uranium or areas where Se is noticeable in the alluvial deposits. How to remove Se effectively and in a reliable manner are key goals for operators or owners who need to meet updated compliance regulations with lower discharge limits as mandated by the EPA’s 2016 final Se criterion triennial review under Clean Water Act Section 304(a).

There are special considerations to keep in mind when selecting an Se removal system to meet your current and future needs. Brown and Caldwell selenium treatment experts Jeremy Aulbach and Tom Sandy offer the following tips.

Before you can select a system, let’s cover what Se is and how it’s connected to mining and the environment. Selenium is a naturally occurring element found in “soft rock geological sedimentary rock formations, shales, coal and phosphate deposits and soils.” Se is toxic to aquatic life and can enter surface waters through weathering agents and through human activity such as mining or agriculture.
Se can be present in the environment in many forms. According to Tom, the primary forms to be concerned about when it comes to mining are:

These Se forms matter most to the mining industry, because “of the various oxidation levels. Selenate is the predominant starting form of Se in mining,” Tom explains.

With selenite and elemental selenium as the in-state treatment targets, the key to treatment and removal is “keeping Se in these forms as a suspended solid in water. If we can do that, we ultimately can remove selenium with the right solid-separation process. Each of these selenium forms have complex chemistries, but also different treatment requirements.”
Brown and Caldwell’s Private Sector Enterprise Design Manager Tom Sandy

In addition to selenium’s different forms and treatment requirements, the type of industrial application (e.g., refining, power, mining) also makes a difference. Mining, for example, has its own special considerations. For starters, you’re dealing with waste rock dumps, Jeremy says, and that leads to this initial question: Are there source control options?

Cap and cover:  Like it says, capping and covering at the source is a physical barrier method of preventing water intrusion so selenium doesn’t oxidize and leech out into the surrounding environment.

Saturated state:  This is the opposite of cap and cover. Liquid is the main driver of this method in which the selenium is maintained in a saturated state and kept anaerobic, meaning it is free of oxygen and can’t oxidize.

“If the topography of the mine or other constraints prevent these source control options, and you know selenium will be present in your mine-impacted waters, odds are that it’s going to oxidize all the way to selenate, which usually requires a biological anaerobic system for reduction.”
Brown and Caldwell’s Industrial Water Mining Sector Leader Jeremy Aulbach

That leads to determining what treatment system is right for the job. To figure this out, consider these factors: discharge limit, flows, cost, and system complexity.

“Usually, the level of treatment you’re going to have to provide … and the level of complexity for your treatment system is going to be based on the discharge limit much more than the influent concentration,” Jeremy says.

Then there are the common pitfalls of biological treatment to avoid. Over-reduction, where more reduced forms of selenium are created and may necessitate more treatment, and under-reduction, where selenium is only reduced to selenite. The challenge is that both are water soluble and inevitably need additional treatment steps to be removed. Additionally, biological selenium removal requires aerobic treatment to improve water quality before discharge.

Another factor is the small Se particle sizes generated in the systems when trying to reach extremely low parts per billion (ppb) limits. “Oftentimes, I hear people talking about a selenium nanoparticle to describe how extremely small these particles are. Some are cell-bound, some are intracellular, but all of them are hard to separate,” Jeremy explained. “It’s this solids/liquids separation step that is usually difficult and somewhat inefficient when you’re trying to get to those low ppb ranges. In essence, effective solids removal is at the crux of Se removal performance in a lot of these systems.” With the correct oxidation reduction control of Se, filtration and clarification can be effective.

The future of selenium removal

As mining operators adapt to states’ new lower discharge permit limits mandated by the EPA’s water quality criterion, both Tom and Jeremy say there are new promising developments in selenium removal to keep an eye on.

For example, some exciting remedies for controlling over- and under-reduction of Se has resulted from work BC has been doing to enhance a 12 MGD municipal plant to meet Se treatment goals.

“We developed an innovative way to both concentrate and control the anaerobic treatment to minimize over-reduction and optimize dissolved oxygen (DO) control in the downstream aerobic systems to minimize under-reduction of Se,” Jeremy says. “This, coupled with the correct solids separation, provides a high level of treatment to comply with Se water quality requirements.”

Jeremy Aulbach is Brown and Caldwell’s industrial water mining sector leader with more than 12 years of experience. He recently contributed to the design of a 3 million gallons per day (MGD) selenium treatment plant for a phosphorous mine in North America.