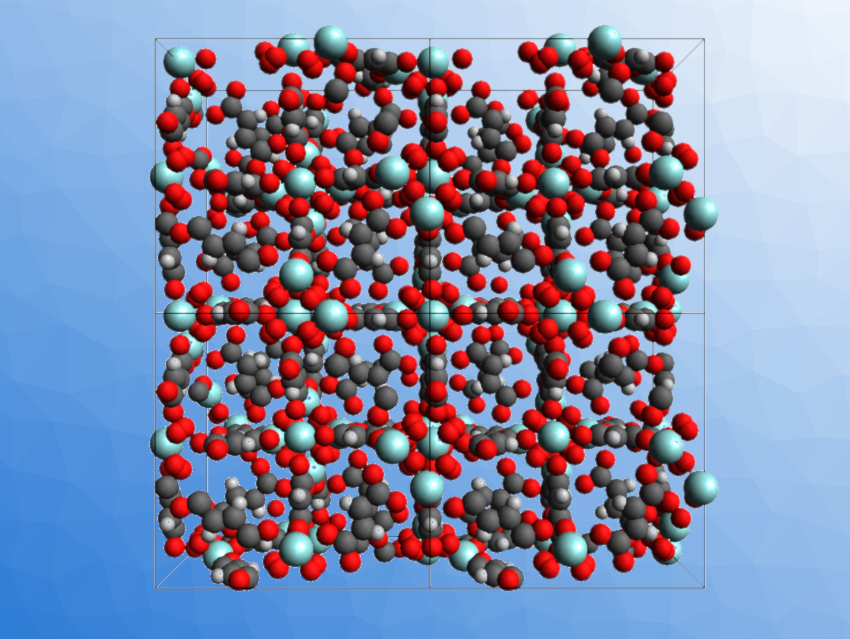 Scientists at Jordan’s Royal Scientific Society have developed a MOF-based prototype that uses algorithms to optimize its ability to harvest water from air. 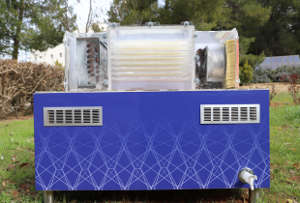 Scientists in Jordan have developed a crystalline molecular sponge that can capture water vapour from the air, even in the driest of conditions, releasing drinking water when required1 .

A team at the Advanced Research Centre of the Royal Scientific Society (RSS) in Amman, Jordan has incorporated their technology into a compact and portable water harvester device.

They say their process, when conducted on-the-grid, produces water at a cost per litre that is 46% less than the price of commercially available bottled water.

Jordan is the world’s second most water scarce country. “Secure access to water is an existential crisis, [so] we sought to exploit the untapped reservoir of the atmosphere, which contains an immense amount of water in the form of humidity,” says RSS Executive Director of Scientific Research and materials chemist, Kyle Cordova.

The process uses a metal-organic framework (MOF), a hybrid material composed of metallic centres held together by organic (carbon-based) linker groups. MOFs have highly porous, three-dimensional structures. Varying the metallic components and the linker groups offers great structural variety, which chemists worldwide are exploring for their abilities in molecular separation and catalysis, among other applications.

The MOF used by Cordova and colleagues has pores that can selectively capture water molecules from the air and then be induced to release the harvest as liquid water.

The team found that fluctuations in humidity and temperature had a big impact on the water-harvesting efficiency and power needed to drive their device. This led them to develop control algorithms that automatically optimize the water harvesting cycles in line with environmental conditions. This self-adapting facility refined the performance to produce up to 3.5 litres of water per kilogram of MOF per day.

“This is a 169% increase in production efficiency compared to the next best-performing device,” Cordova says.

MOF researcher, Professor Yue-Biao Zhang at ShanghaiTech University, China, who was not involved in the work, describes it as “a breakthrough that propels MOFs for atmospheric water harvesting one step further to real applications”. He says he is excited that MOF materials “will change the world by pulling drinking water from desert air in the Middle East and other arid areas”.

The Advanced Research Centre at the RSS is a product of the Global Science initiative2, which began at the University of California, where Cordova previously worked. The initiative allows experienced scientists to develop centres of excellence in countries with relatively weak research bases. Researchers, such as Cordova, provide mentorship to emerging scholars. “It’s about providing opportunities and democratizing access to scientific research around the world,” Cordova says.

The team is now hoping to move quickly into commercialization and widespread application of their device. Fabricating the MOFs accounts for the bulk of the device’s production costs, so the team is working with domestic and international partners to manufacture these materials at scale. They are currently testing a prototype commercial version and hope that support from the Jordanian government will assist in manufacturing individual household units by next year.

In theory, moisture in the air could represent an inexhaustible source of fresh water. To harness it as efficiently as possible, Kyle E. Cordova, Advanced Research Centre, Royal Scientific Society, Amman, Jordan, and colleagues have developed an atmospheric water harvesting device that automatically adjusts its operation to adapt to changing environmental conditions. This flexible design enhances the water yield for a lower energy consumption and brings the technology closer to practical use in regions where access to fresh water is limited. 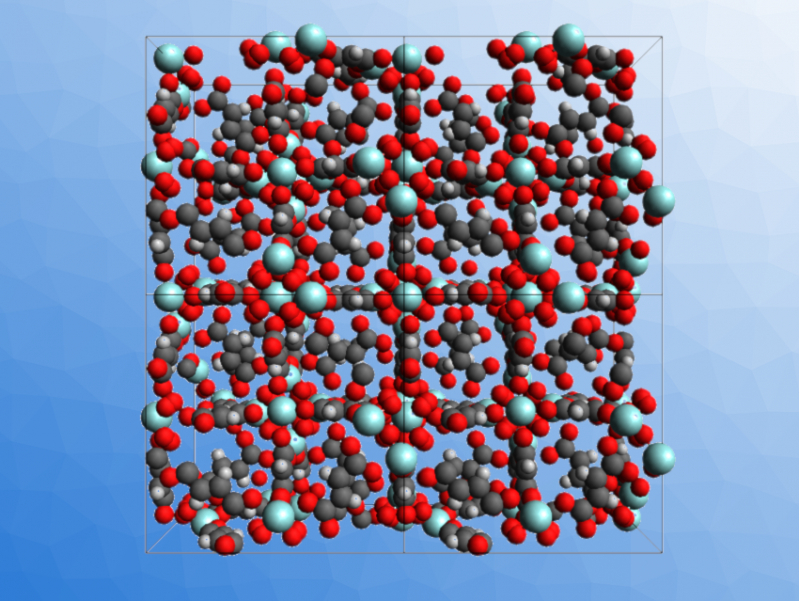 Extracting Water Vapor
In atmospheric water generation, liquid water is extracted directly from the atmosphere. The principle behind this is based on water vapor in the air condensing on a surface when its temperature is at or below the dew point (the temperature at which the relative humidity of the air is 100 %, in other words, when the air is fully saturated). However, when relative air humidity drops below 30 %, the dew point may drop to little more than 0 °C. The result is that, in dry climates, cooling costs combined with low water production make this technology unfeasible in its current form.

A possible solution is the use of hygroscopic and porous materials, which adsorb large quantities of water from the air and release it again when gently heated. This process effectively concentrates the water vapor, making water collection possible even in climates. One of the best materials for atmospheric water harvesting at low humidity is MOF-801 (pictured), a zirconium-based metal-organic framework. It has been employed in prototypes in desert climates, but water production yields and energy consumption are still uneconomical for larger-scale applications.

To make atmospheric water harvesting more efficient, the team was interested in finding ways to save energy in the process itself rather than focusing on designing new and more efficient extraction materials. As a crucial point for optimization, Cordova identified the response of the sorption material to the environmental conditions. “The active device is operated by pushing air through, but at prescribed times. There is no consideration for the surrounding environment,” he states.

To continually assess the dew points for sorption material and condenser, the team installed two sensors, one measuring the temperature and relative humidity of the incoming air during the adsorption phase, the other collecting air data within the condensation chamber. The sensor data fed into two algorithms, the first calculating the optimum time for the adsorption phase, the other setting the desorption time and the condenser cooling temperature.