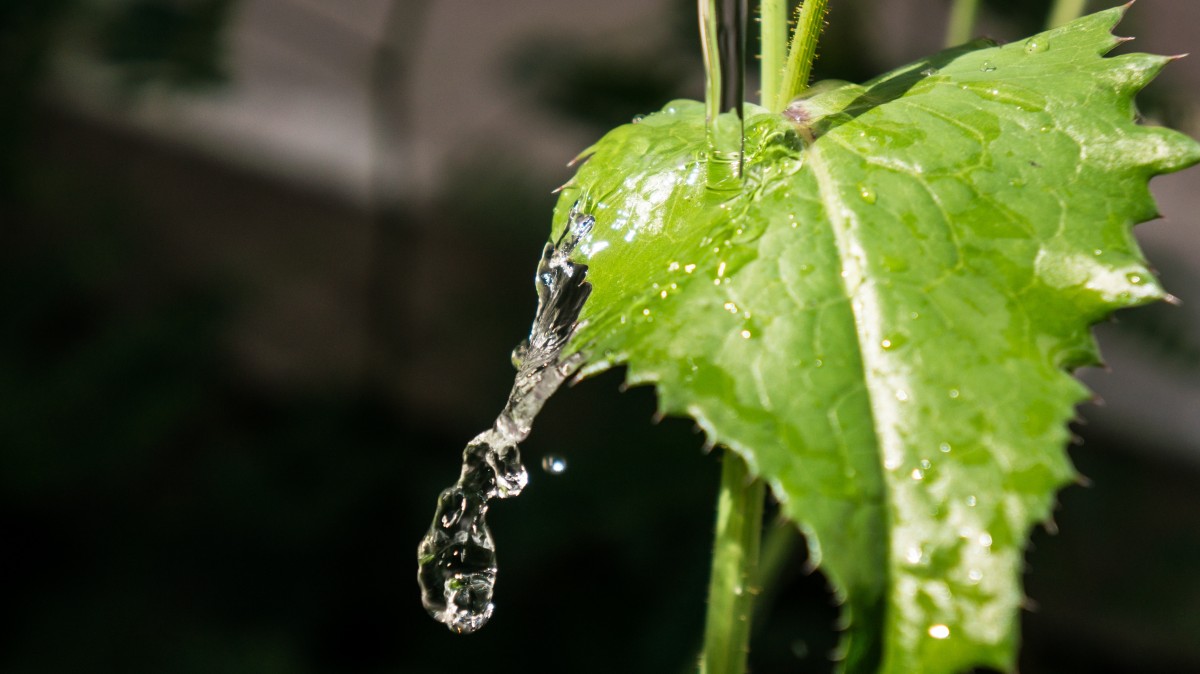 Just 3% of the world’s water is drinkable, and more than 70% of that freshwater is used for agriculture. Unnecessary irrigation wastes huge amounts of water – some crops are watered twice as much as they need – and contributes to the pollution of aquifers, lakes, and oceans.

A predictive model combining information about plant physiology, real-time soil conditions and weather forecasts can help make more informed decisions about when and how much to irrigate. This could save 40% of the water consumed by more traditional methods, according to new Cornell research.

“If you have a framework to connect all these excellent sources of big data and machine learning, we can make agriculture smart,” said Fengqi You, the Roxanne E . and Michael J. Zak Professor in Energy Systems Engineering in the Smith School of Chemical and Biomolecular Engineering.

You is senior author of “ Robust Model Predictive Control of Irrigation Systems With Active Uncertainty Learning and Data Analytics,” which published online in May in I EEE Transactions on Control Systems Technology. The paper was co-authored with Abraham Stroock ’95, the Gordon L. Dibble ’50 Professor and William C. Hooey Director of the Smith School, who is working on water conservation strategies with apple farmers in New York state and almond, apple and grape growers in drought-ridden regions of the West Coast.

“These crops, when grown in the semiarid, semidesert environment of California’s Central Valley, are huge consumers of water – one gallon of water per almond,” Stroock said. “So there’s a real opportunity to improve the way we manage water in these contexts.”

Controlling plant moisture precisely could also improve the quality of sensitive specialty crops such as wine grapes, he said.

First author of the paper is Chao Shang, a former postdoctoral researcher in the Smith School and now an assistant professor of automation at Tsinghua University.

Previously, Stroock’s group developed sensors to determine when plants are thirsty. But sensors alone are insufficient, because growers don’t need to irrigate if rain is on the way. Considering the weather prediction is better but not ideal, You said, because forecasts are often wrong, and the uncertainty of a forecast may be greater than the expected rainfall.

The researchers’ method uses historical weather data and machine learning to assess the uncertainty of the real-time weather forecast, as well as the uncertainty of how much water will be lost to the atmosphere from leaves and soil. This is combined with a physical model describing variations in the soil moisture.

“We have to run these data-driven methods to get historical data and try to understand, historically, the accuracy of a forecast, and then we try to hedge against that uncertainty,” You said. This applies to both the time and exact location of rainfall.

In the paper, the researchers conducted a case study based on grass crops in Iowa. They found that their predictive control system used considerably less water than other methods.

A team of students is currently installing a network of valves based on this system on potted apple plants in Cornell Orchards to test it for future use. Though rainfall in New York state and the Northeast may be abundant, midsummer droughts are becoming more frequent and can be devastating. For example, the 2016 summer drought led to a nearly 50% loss of crop for non-irrigated fruit farms in New York state, according to a survey performed by Cornell and the Nature Conservancy.

“Our research on apples in New York is in the context of preparing for the future. Whereas in Washington state and California, it’s the present,” Stroock said. “They’re metering out water every day, every summer. And doing it in a way that is not optimal.”

Part of the challenge of the research is identifying the best method for each crop, and determining the costs and benefits of switching to an automated system from a human-operated one. Because apple trees are relatively small and respond quickly to changes in precipitation, they may not require weeks or months of weather data. Almond trees, which tend to be larger and slower to adapt, benefit from longer-term predictions.

“We need to assess the right level of complexity for a control strategy, and the fanciest might not make the most sense,” Stroock said. “The experts with their hands on the valves are pretty good. We have to make sure that if we’re going to propose that somebody invest in new technology, we’ve got to be better than those experts.”

The research was partly funded by the Cornell Initiative for Digital Agriculture.