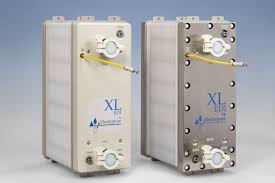 Created by ​Executive Order ​of the ​President, this ​award is the ​highest ​recognition any ​U.S. entity can ​receive for ​making a ​significant ​contribution to ​the expansion ​of U.S. exports ​and is given to ​only a few ​select ​companies ​nationwide. ​

SnowPure has ​increased its ​exports from 80%​ in 2013 to 95% ​in 2016. ​Exporting began ​with three ​countries and ​has rapidly ​expanded, with ​its technologies ​currently being ​sold into 55 ​countries. It ​is this ​recognition ​that led the U.​S. Department ​of Commerce to ​nominate then ​award this ​prize. ​

Based in San ​Clemente, ​California,​ ​SnowPure ​makes and sells ​membrane-based, ​cutting-edge ​purification ​technologies. ​These are used ​in the ​pharmaceutical, ​hemodialysis, ​semiconductor, ​and power ​generation ​industries. ​SnowPure ​products are ​key components ​of an ultrapure ​water system. ​

“We are ​grateful to the ​worldwide U.S. ​Commercial ​Service ​professionals ​who were ​instrumental in ​helping us ​export so ​successfully,​” said ​Michael Snow, ​SnowPure’​s President. ​„​Exporting is ​our focus. So ​much of the ​developing ​industrial ​world looks for ​environmentally ​friendly, ​American-made ​technology.​” ​