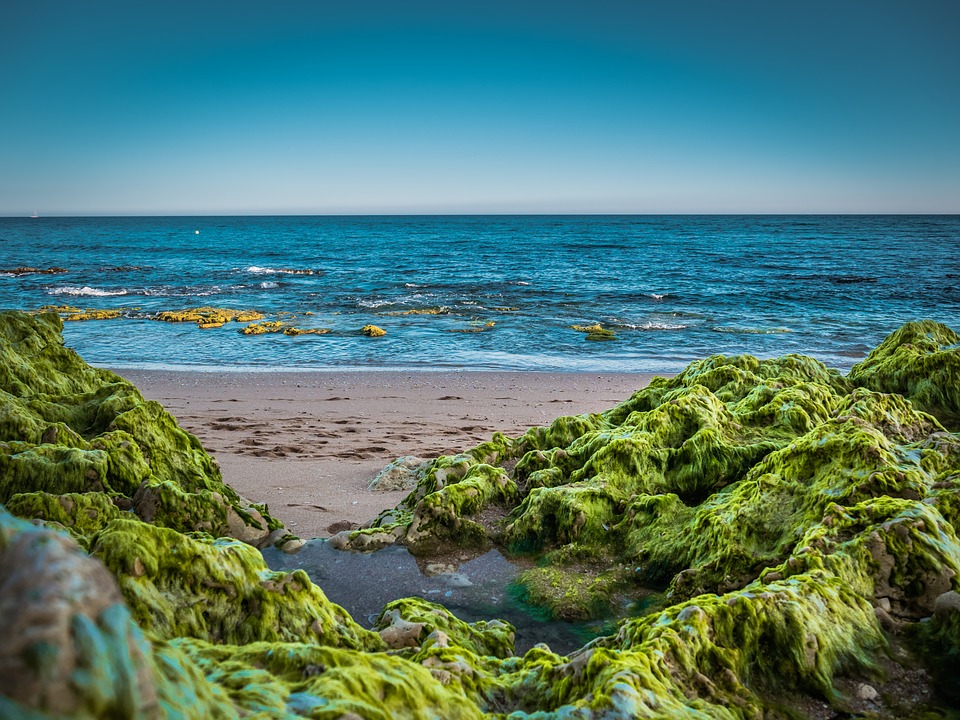 Slimy, pungent seaweed is piling up along Atlantic beaches and two new reports find it’s likely going to stick around for a while. Such an abundance of the brown microalgae, formally called Sargassum, made 2018 a record-breaking year.

However, researchers at the University of South Florida believe 2019 is on track to potentially be just as bad for some coastal regions.

“During winter months, most Sargassum disappears in satellite imagery, but this year is unusual,” said Chuanmin Hu, PhD, professor of optical oceanography in the USF College of Marine Science.

Hu released their July outlook report shortly ahead of revealing the discovery of the world’s largest seaweed bloom called the Great Atlantic Sargassum Belt (GASB), which was just published in Science. Using NASA satellite data, Hu and a team of researchers found it stretched across surface waters from West Africa to the Gulf of Mexico last year. It weighed more than 20 million tons – heavier than 200 fully loaded aircraft carriers.

However, too much of it hinders the ability of some marine species to move and breathe. The seaweed can also smother corals and seagrasses if large quantities die and sink to the ocean floor. It’s been especially problematic for top beach destinations, such as the eastern coast of Florida, the Caribbean and Mexico where the government in Quintana Roo recently declared a State of Emergency. The thick seaweed releases hydrogen sulfide gas and smells like rotten eggs, which can be problematic for those with respiratory issues.

The USF-led study finds a Sargassum bloom forms seasonally and in response to ocean currents and other factors. Hu’s team analyzed satellite data between 2000-2018 and found up until 2010, the seaweed typically floated in patches around the Gulf of Mexico and in the Sargasso Sea in the Atlantic Ocean, named after its algal resident. But then in 2011, the seaweed population started to explode and appear in areas it hadn’t before, signaling changes in the ocean’s chemistry, biology and/or physics.

Preliminary studies of fertilizer consumption patterns in Brazil, deforestation rates in the Amazon, and discharge from the Amazon River indicate a correlation with the larger seaweed blooms in recent years. In short, more nutrients, such as nitrogen, means more seaweed.

Another source of nutrients was upwelling off the West African coast, which is a natural input rather than human-induced. Upwelling delivers nutrients from the deeper ocean to the surface where Sargassum grows. Sargassum also grows best in water with normal salinity levels and normal, if not cooler, surface temperatures.

“This is all ultimately related to climate change because it affects precipitation and ocean circulation and even human activities, but what we’ve shown is that these blooms do not occur because of increased water temperature,” Hu said. “They are probably here to stay.”

Major blooms have occurred in every year between 2011 and 2018, with the exception of 2013 when leftover Sargassum seed levels were unusually low. Hu says the bloom in the Caribbean during the early parts of this year was even worse than in 2018, indicating it will hang around for now.