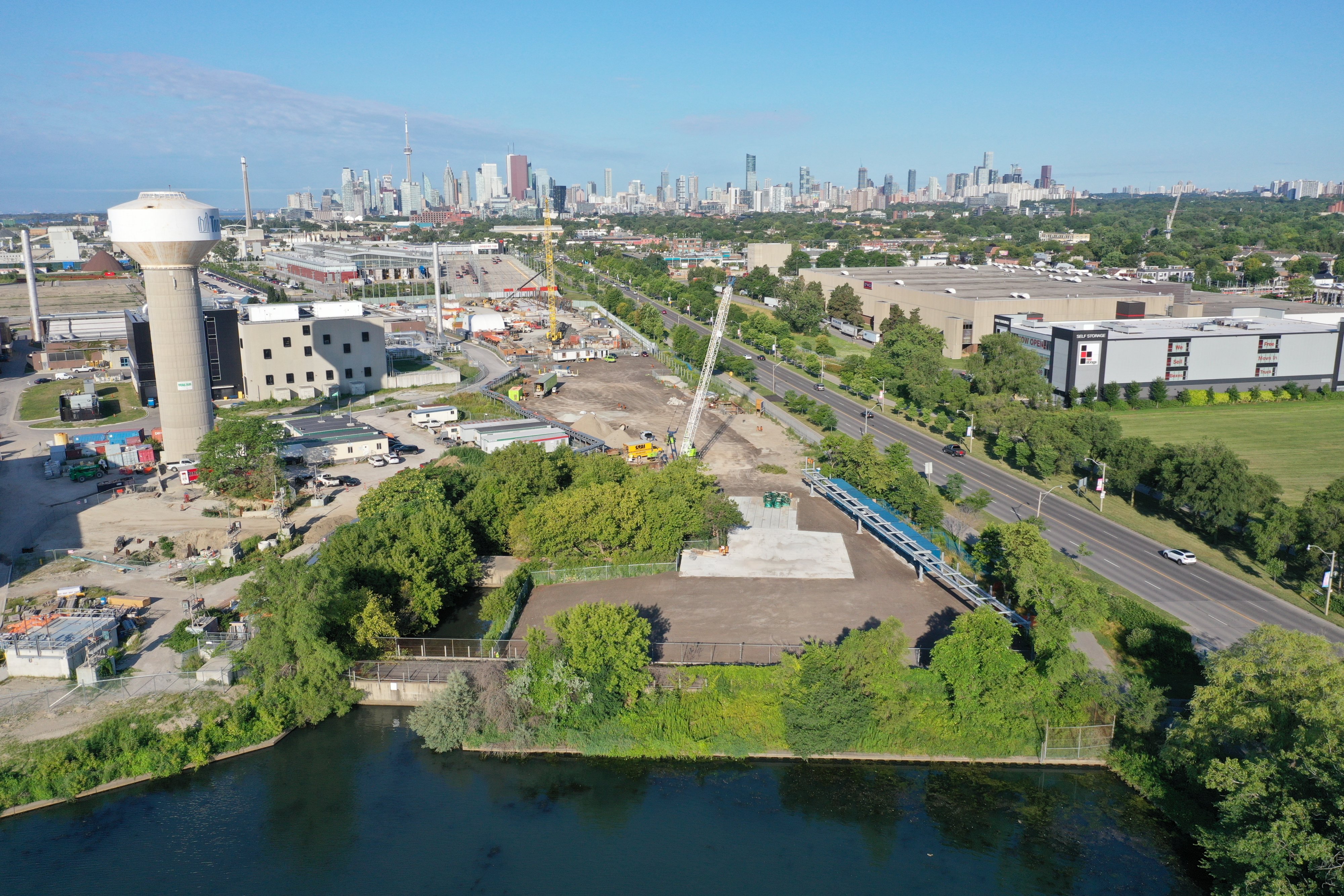 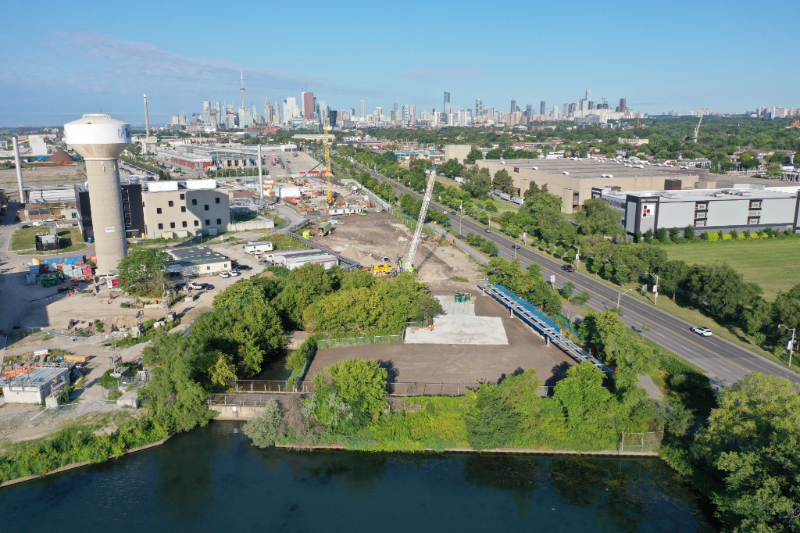 The pumping station will be built on this site of the Ashbridges Bay Wastewater Treatment Plant in the City of Toronto. Credit: STRABAG.

The Canadian subsidiary of the STRABAG Group has been awarded the Ashbridges Bay Treatment Plant Integrated Pumping Station – Construction Contract 2 by the City of Toronto to build deep concrete shafts and chambers and feeder tunnels for the new Integrated Pumping Station at Ashbridges Bay Treatment Plant at a cost of almost CAD 120 million, the equivalent of about € 80 million. The Integrated Pumping Station allows the underground transport of wastewater to the Ashbridges Bay Wastewater Treatment Plant. “The pumping station is part of a larger infrastructure programme aimed at increasing wastewater capacity in the event of heavy rain and so improve the water quality of Toronto’s waterways and Lake Ontario,” explains project manager Simon Köck.A total of 445 m of tunnels and 153 m of shaftsThe main part of the project involves two large-scale shafts: one 68 m deep with a diameter of 27 m and another 27 m deep with a diameter of 32 m. Including five smaller shafts, this results in a total of 153 m of shafts to be built. The shafts will be linked to feeder tunnels with a total length of 445 m, with a rock tunnel section as well as a parallel pressure pipe in an open cut close to the surface.STRABAG in Canada since 2005The pumping station for the city of Toronto is part of a fourteen-year history in Canada. “Our most prominent reference project in tunnelling must certainly be the Niagara Tunnel, a 10.1 km long water diversion tunnel with a diameter of 14.4 m, built using one of the world’s largest hard rock tunnel boring machines,” says Thomas Birtel, CEO of STRABAG SE. The tunnelling unit is currently working on a railway tunnel in Toronto which is expected to be completed in 2021. But the company is also successful in building construction and civil engineering in Canada, for example in the construction of the Designer Outlet Center near Vancouver International Airport.