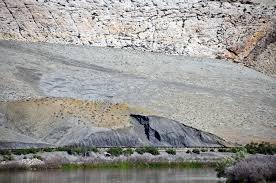 In this paper, the authors consider the effect of water chemistry on water/rock interactions during seawater and smart waterflooding of reservoir sandstone cores containing heavy oil.

“Smart water” (SW) can be defined as a water engineered by manipulating the ionic composition (adding or removing ions) regardless of the resulting salinity. An upward pH shift has been reported in the literature during low-salinity (LS) and/or smart waterflooding. That upward shift modifies the wettability of sandstone, thereby increasing oil recovery.

When high salinity is displaced by LS water, Ca2+ will be desorbed from the clay surface because ion exchange occurs between hydrogen (H+) and Ca2+ at the negative sites of the clay surface. The organic materials will be then desorbed from the clay because of the reaction between the protonated basic and the acidic materials with hydroxide. The authors’ investigations on free-clay sandstone provided a different insight into such reactions. The observations from chromatographic columns of quartz showed an increase in the acetate detachment from the quartz surface with a significant pH jump during LS waterflooding. The oil-­recovery observations from the quartz column supported the proposed mechanism.

Previous systematic laboratory works indicated that the abundance of Mg2+ in the formation water (FW) is more effective than Ca2+ for a higher LS enhanced-oil-recovery (EOR) effect. Conversely, the abundance of Ca2+ in the injected LS water has a larger effect on LS EOR. When Mg2+ was present in the LS water, no oil-recovery improvement occurred.

Crude Oil.  A reservoir crude oil was delivered from eastern Kansas from the Bartlesville sandstone reservoir. The crude oil had a viscosity of approximately 600 cp at ambient temperature. The density is 0.83 gm/cc at 20°C.

Coreflood Experiment 1.  The reservoir core (RC2a) was successively flooded with FW and SW. FW comprised 1802, 420, and 39 mM/L of CaCl2, MgCl2, and sodium sulfate (Na2SO4), while SW comprised 135, 1260, and 316 mM/L of CaCl2, MgCl2, and Na2SO4. Seawater salinity is approximately half the salinity of the FW. The ultimate oil recovery during FW was 50% of original oil in place (OOIP). Flooding SW into the RC2a resulted in an additional oil recovery of 5.2% of OOIP. During FW flooding, the injection pressure increased ­quickly until reaching 135 psi. The injection pressure then dropped and stabilized at 54 psi. The injection pressure was then kept at that value after the injected fluid was switched to SW. The effluent pH for the FW was 6.55 and for the SW was 7.35. The pH (all experiments) of the effluent water is shown in  Fig. 1.

SOURCE TO FULL PAPER ON JOURNAL OF PETROLEUM ENGINEERING