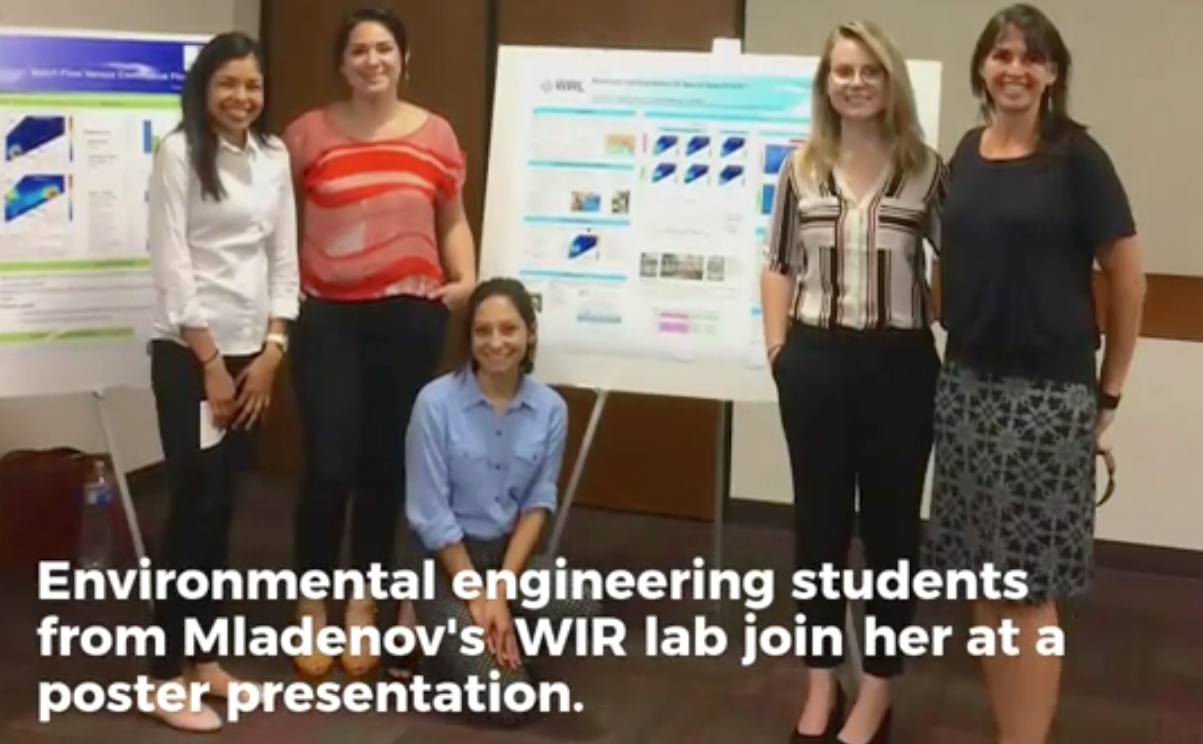 Fluorescence-based devices can alert authorities to contamination after a storm by looking for an improbable marker: tryptophan.

When it rains in San Diego, waterways such as the San Diego River and its Alvarado Creek tributary often experience bacterial pollution that is ultimately carried to the ocean. This is a public health threat for swimmers, surfers and aquatic life, and it can stem from sewer line breaks during storms, illegal discharging of wastewater into rivers, or leaky septic tanks.

Typically, coastal cities that experience frequent contamination will collect water samples and test the quality if they suspect bacterial contamination, before issuing warnings to the public and closing access to beaches. But this reactionary method involves wait times of to 18 to 24 hours, a potentially hazardous delay for the public.

Environmental engineers from San Diego State University have adapted existing sensor technology that can detect fluorescence and tweaked it to enable rapid detection of bacteria in the water. They plan to combine this technology with telemetry to transmit contamination alerts in real time, an advance with useful implications for water monitoring agencies and government authorities.

From the enamel on our teeth, to material in the clothes we wear, every object has fluorescence that is invisible to the naked eye, but can be detected by special sensors. Bacteria also have similar fluorescence these sensors can detect, which helped the researchers quickly identify contamination.

"We wanted to rapidly identify bacterial contamination, literally in seconds, and be able to watch the intensity increase in real time, using it much like a hand-held instrument," said Natalie Mladenov, water quality researcher and associate professor. "One problem many water managers are aware of is the need to have real time data, and this could be the answer."

She has long been interested in evaluating sensors as early warning alert systems for unanticipated pollution events, both in surface water and at water treatment and reuse facilities. She has previously shown how fluorescence-based sensors can indicate the presence of pollutants in treatment facilities, and this time she set out to explore whether they could be adapted for sewage pollution incidents in surface water.

In addition, "source waters for drinking water treatment plants, like lakes or reservoirs, would also be an excellent place to deploy such a sensor to warn of sewage spills or other bacterial contamination," Mladenov said.

Most sampling devices being used for this purpose have an incubation period before results are available, but the fluorescence-based sensors she tested can distinguish between bacteria in the water and organic material and plant waste, and relay that data immediately. The study will be published March 11 in the  Science of the Total Environment .

Mladenov and former undergraduate engineering student Lorelay Mendoza used a portable submersible fluorometer, which comes with a choice of sensors. For bacterial wastewater tracking, they chose a sensor for tryptophan--the same amino acid that makes you sleepy after a turkey dinner--and a humic sensor for background fluorescence tracking.

Mladenov's previous research indicated the tryptophan sensor would be the most useful. For proof her team tested it both in the lab and in Alvarado Creek where they had observed the presence of fecal bacteria concentrations during storms.

Mendoza would track weather events and the night before a storm was predicted, she would place the fluorometer in the creek, tracking bacterial contamination during the storm in real time.

"The findings suggest that wastewater was discharged into Alvarado Creek because of a sanitary sewer overflow or some kind of leakage in sewer infrastructure during a storm," Mladenov said. "Sewer lines are old and many are reaching the end of their useful life."

"We hope this research propels the deployment of fluorescence sensors to water bodies for long-term monitoring, because having data is power," Mendoza said. "I would like to see cities and water managers deploy sensors along water streams to detect vulnerabilities in water quality and to reduce the impacts of pollution events when they happen. Without early warning signals, the time between initial contamination and awareness and reaction is longer and will have negative consequences for the environment and aquatic life."

Collecting samples during storms can be challenging. That's where grad student Federick Pinongcos and colleague Alicia Kinoshita came in, to ensure that samples were collected intact and quickly brought to the laboratory. Then each sample was analyzed for markers of wastewater contamination.

"This type of multiple lines of evidence-study had previously not been undertaken," Mladenov said. "It indicates that the optical, fluorescence based approach is an effective way for future detection of sewage leaks and other spills in surface waters."

To obtain supporting biological and chemical data, Mladenov collaborated with SDSU professors Matthew Verbyla and Rick Gersberg. Next, she and geography professor Trent Biggs, are teaming up to deploy the fluorescence-based sensor together with a telemetry system to ensure the alert can be received in real time, and will conduct studies in larger water bodies including the San Diego River.

Funding for the field deployments comes from the San Diego River Conservancy. The lab research and Mendoza's stipend were covered by grants from the National Institutes of Health and SDSU's Maximizing Access to Research Careers program.