Sugar Industry: A case of Policy and Institutional Failure 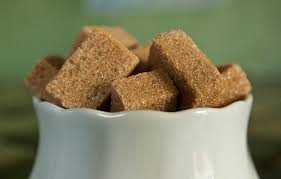 As a professional working in agriculture and water policies for last 25 years, I believe If Imran Khan can rationalize sugarcane and wheat policies, it would be one of his greatest contribution to the development of agriculture and agro-industrial sector   of Pakistan. The interest groups both sitting in parliaments (who are large farmers and mill owners), supported by Bureaucracy/relevant institutions and All Pakistan Sugar Mills Association (APSMA) having huge stake in this commodity, under one pretext or the other have tilted past policies in their favor largely at tax payers cost. Expecting a right policy discourse is   not possible as long as   this powerful group is both the policy makers and their execution.

Recent Sugar Inquiry Report which was made public cannot be described as an in-depth analysis covering all bases of sugar industry, it is only one aspect — sugar price hike was the result of government's decision to allow export of sugar unjustified as it caused a 30% increase in its price. The report highlights that main beneficiaries were among other, key persons of the ruling party with Rs1.03 billion subsidies on the export of sugar, paid out from the taxpayer's money, which was equal to 41% of the total subsidy the government of Punjab paid to sugar barons. The hope is that accountability process started will lead to a major shift in way the business operates in sugar industry   and act as a model for reforms in other commodity like wheat.  It would be a missed opportunity if accountability process is long drawn and slowly forgotten and business as usual returns.   We have tried in this paper to bring a balanced view of   all stakeholders based on extensive review of literature, vast global experience and ongoing pilot work   on sugarcane and other crops initiated at WIT/LUMS.

This sugar crisis is not happening for the first time as every year at the start of the crushing season a perpetual conflict between two main stakes holders' farmers and millers plague the industry. But in our view, there is need to document views and roles of all actors in the supply chain in getting better understanding of industry and who are more often the winners and losers.  Our paper is largely   based on stakeholder's views including academia independent take and leaving readers to draw   conclusions. This is a typical Harvard Business School case study in the making for policy makers and also as a teaching material.

Farmers often claim that procurement practices used by sugar processors such as delaying the crushing season, buying cane at less than the support price, and withholding payments hurt their profitability. Every year at the start of the crushing season millers deliberately delay crushing for one reason or the other, often forcing growers to sell their crop for less than the fixed price which has been set higher than international price equivalent since 2013 (figure1).  For example farmers in year 2017-18 received a price as low as Rs 120, against the fixed price of Rs 180 per 40 Kg, again in 2013–14 as reported in World Bank study,   farmers received an average price of PRs 3.75/kg against support price of PRs 4.25/kg, a clear case of policy and institutional failure in setting base price for farmers.  Only two mills, JDW Group and Shahtaj Sugar Mills Ltd. paid farmers the announced price, strongly supports farmer allegation. Farmers also complain that even when they sell to mills, they don't get paid immediately and delay results in huge debt to farmers.  Again, it's a major challenge before the Sugar Industry to off load dues accumulated and paid to farmers over the years – a fact well documented. On the other hand, studies show that sugarcane profitability is highest among other competing crops, meaning even under reported price distortions, farmers prefer its cultivation. (See 3.2 Section Relative Profitability of Sugarcane)

On the other hand, sugar processors complain that farmers grow unapproved varieties that produce low sucrose content resulting in lower sugar production and recovery rates. As a result of the fluctuations in quantity and quality of the raw material, sugar mills have been required to operate at 50 percent of their installed capacity. Figure 2 and 3 below shows how extraction rate and price of sugarcane effects ex-mill price, both these policy instruments carry huge impact on retail prices.  Furthermore, the lower sugarcane supplies have also forced most of the mills in cane producing areas to close 1-2 months earlier than normal. Further, they make a case that sugarcane is the only crop that gets paid by weight and not by quality. They claim that loss is generally borne by the mills. Instead, the government just keeps increasing the support price that results in producing most expensive sugar in the world.

Is there a sugar mafia? The millers deny with an argument that in sugar production, 80 percent of the cost is the cane, and 10 percent is in the form of taxes. So, 90 percent of the cost of sugar is fixed by the government, what can they do anyway in 10 percent opportunity space?  (PSMA Chairman 2015).  On the other hand, N. A. Mangi, (dawn 20/2/2006) a sugar industry expert holds the view that massive unregistered buying of sugar cane take place in the Punjab. Instead of growers selling their cane at the gate of the mills and receiving a receipt assuring payment at a later date, the representatives of mills bought sugarcane from the field. According to his article, the process enables grower to receive cash payments rather than wait for delayed payments and they accept lower prices to save to the hassles of chasing payments later. It also enables them to evade income taxes. At the same time, it enables the mills to pay less for cane and easily evade sales tax and provincial taxes. The massive tax evasion goes entirely unchecked by the Central Board of Revenue.

Then   strongest and convincing arguments from Millers is that sugarcane productivity is around 54.6 ton per acre compared to as high as 120 ton per acre in Egypt. Pakistan is the only country in the world where sugarcane pricing is not based on recovery; cane with 8 percent recovery is worth the same as cane with 13 percent recovery.  The average sucrose recovery in Pakistan is less than 10% that can go as high as 12. Our simulation based (figure 2) on Inquiry Report data reveal that 12 % recovery ex-mill price can drop to 62.86 proving a fiscal space to reduce retail sugar prices. Increase in cane yield and recovery through better cane varieties and good crop management practices are needed.

Sugar exports cannot not be economically viable as long as international price is lower   than retail prices of sugar (figure 5) which has been the case in Pakistan since 2013, it can only be exported with a subsidy, authorized by Economic Coordination Committee (ECC)/Trading Cooperation Pakistan (TCP) and provinces are taking   financial undertaking.  The question is who benefited all these years from a misguided policy, obviously not the consumers who could have access to low cost sugar if it was imported. All these years exports were only possible   with export subsidy a fiscal cost borne by tax payers especially when this huge outlay could have been used to improve crop productivity and competitiveness. The policy decision lies with ECC, either to store excess supply or export with subsidy, it has been their call and should be responsible for taking credit or criticism for the outcome.   It makes perfect economic rationale for traders or millers to make use subsidy for export and make abnormal profits. What is the role of Competition Commission of Pakistan (CCP) in all this is a guess? It openly allows the menace of hoarding to liberally take place without so much as conceptualizing that mass-scale raids and tough penalties should be imposed on hoarders and profiteering.  We believe the present inquiry report in our view, TCP, CCP and ECC role in this debacle should also be audited.

In other countries the voice of consumer is often very powerful, especially more in the urban areas, so government keeps the prices of sensitive items like sugar low through imports or releasing buffer stocks. Here it seems sugar lobby being so powerful that even they can tilt policies in their favor as reflected in figure 5.  As explained above, retail prices of sugar are insulated from international markets, thus consumers often end up paying a high price for relatively poor-quality sugar. The instruments used for such a market outcome range from high ex-mill price and element of hording taking place by middleman or mills, translating in price hikes at retail levels, a basis for present sugar crisis in the country.

There is no specific Govt perspective – they simply roll out the policies designed long time ago. Ministry of National Food Security and Research (MNFS&R) sends its recommendations for support price of sugarcane in October each year following the request of provinces; however, the provinces take their time in announcing the prices. It needs to be appreciated that Pakistan's sugar sector has witnessed turmoil time and again. Interim measures used to address sugar production and prices include, inter alia, fixing the sugarcane support price by the Government, intervening in open market supply of sugar through the Trading Corporation of Pakistan (TCP), exporting sugar with subsidy and providing sugar on subsidized rates through government owned Utility Stores Corporation of Pakistan. While such measures are likely to be competition adverse, they may have some merit on grounds of consumer protection/welfare. But question is doing consumer benefited or the interest of sugar baron was protected. Further, the policies formulated at Federal level are without giving   much weight to competitiveness of sugarcane in domestic and export markets.  Enhancing productivity is key to competitiveness, no efforts have been made by Research Institutions to produce varieties yielding higher recovery rate.

In our view a great deal of bias exists both at provincial and federal levels as revealed by lack of credible policy studies on sugarcane and one gets the impression as “no go area" for in-depth policy analysis in comparison to rice, cotton, maize etc. Two examples may bring more clarity. First, the most recent documents coming out is “Punjab Agriculture Growth Strategy 2018-19, very impressive forward looking, if you go over the report and it very well lays out roadmap for crop diversifications and value addition, but sugarcane as key crop is touched sparsely. How crop diversification can be considered if most water thirty crop is not in your calculus?

Second is based on author's personal experience, in 2017, the Secretary for Industries Punjab contracted me to carry out comprehensive study on Sugar Industry with focus on byproducts –perhaps recruited given my experience in Egypt – professionally one of my excited moments. As work was progressing well, to our surprise/shock with change in administrative within Ministry our contract was terminated, showing clearly, we were stepping out of bounds in doing evidence-based research on sugarcane.