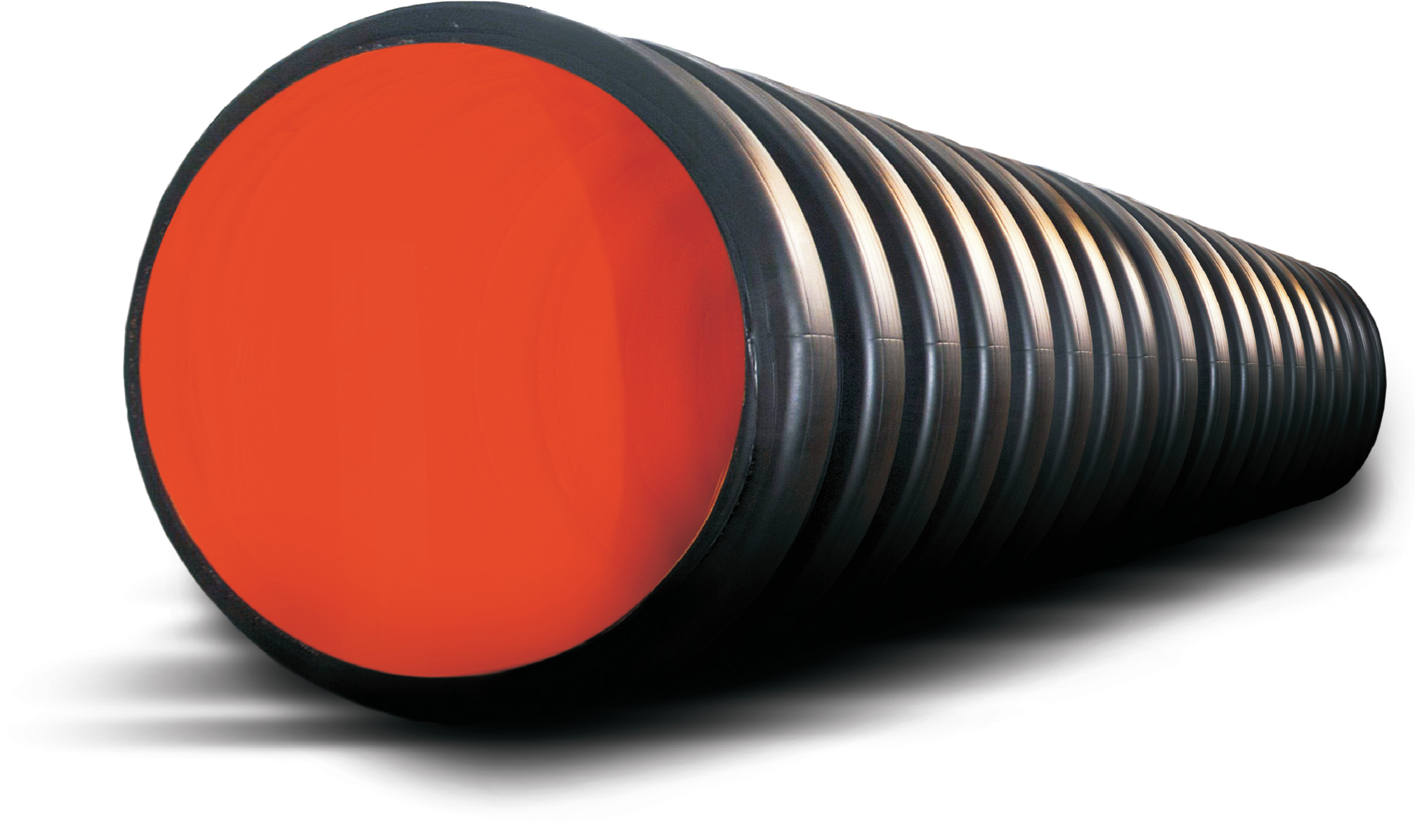 Plastics, one of the most researched materials today, play a crucial role in global sustainable development. Plastic pipes are lighter as well as more robust than conventional rigid conduits, typically weighing 95% lesser than precast concrete pipes. This allows the system to be catered for all site-specific hydraulic/structural applications, thereby optimizing the material consumption. And thus lowering the burden on the environment with considerably reduced Greenhouse Gas (GHG) emissions.

Alcorr Double Wall Corrugated (DWC) Polyethylene (PE) Pipes are even significantly lighter than their counterparts in the plastic piping system (such as Solid Wall PE, uPVC), and more efficient in terms of GHG emissions.

Alcorr Pipes can be transported in high cumulative lengths owing to its lightweight and scope for telescopic placements with significantly higher pyramidal stacking heights. Thus, a considerable reduction in transportation trips contributes to an immense reduction in CO2 emissions.

Alcorr Pipes, because of its extraordinary Structural Integrity (attributable to its inherent Flexibility and increased Mean Diameter for its annular corrugated profile) can be easily assembled at ground level and simply installed with a carefully constructed ‘Backfill Envelope’ made with compacted sand / Excavated Spoils only. On the other hand, Rigid Pipes needs robust bedding materials (mainly in the form of ‘Concrete Cradle’) for its Structural stability and installed after a complicated separate lowering process for each pipe and then further assembly of the segment at trench bottom under adverse condition. Thus the latter category contributes adversely in terms of CO2 emissions in comparison to Alcorr Pipes.

Alcorr Pipes have a glass-smooth inner surface leading to lower Manning’s ‘n’ (as seen below) and therefore for identical drainage catchments or sewerage zones smaller sizes with equivalent hydraulic properties can be configured in comparison to the heavier, higher sized Precast RCC pipes and thus further reduce overall GHG emissions. 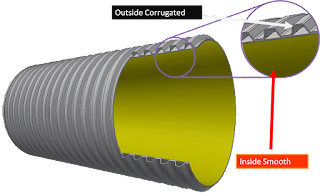 Alcorr DWC PE Pipes and Fittings are also completely recyclable and will never need to be discarded in landfills.

Apart from the above, the joints provided by Alcorr pipes are the best in the industry and are completely leak proof. It doesn’t allow for infiltration of groundwater or dispersion of the sewage solids to the surrounding Soil Environment. This ensures that the environment remains pristine and unpolluted.

Since the Embodied Carbon is directly proportional to the corresponding Embodied Energy, the Alcorr DWC PE Piping system has considerably higher Energy Efficiency and ensures decisively lesser Carbon Emission in comparison to any other conventional Piping System. Thus, the superiority of Alcorr DWC PE Pipes is unequivocally established in the arena of Environmental-Friendliness.

The table below shows how Alcorr DWC PE Pipes compare in CO2 emissions with different piping material including concrete pipes. The comparison is based on the production aspects only i.e., from the cradle (production point) to the Factory gate. Therefore, when other ancillary aspects, such as transportation as identified in preceding paragraphs taken into the fold, the quantified CO2 (GHG) emissions would outscore any category (Rigid/Thermoplastics) of its equivalences in terms of absolute environment friendliness:

The CO2 emissions for 400 mm ID Class NP3 RC Pipe is in the tune of 47Kg/M (see table) which is approximately twice that of identical sized Alcorr DWC PE pipe. Other ancillary aspects shall also be decisively lesser in comparison to their rigid counterparts, and much lesser than its Thermoplastics alternatives.