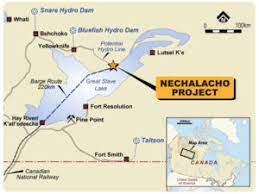 Rare-earth minerals are essential to global high-tech industries in the 21st century. Electric vehicles, defence, telecommunications and renewable energy are all critically reliant on an exponential increase in REE.

As an example, Neodymium-praseodymium (NdPr) is a combination of rare earth metals vital to the manufacture of high strength permanent magnets. These magnets are three times stronger and one-tenth the size of conventional magnets. NdPr is best known for its use in the drivetrains of electric vehicles (EVs) but is also used in computers, cell phones, medical equipment, wind turbines and telecommunications systems. Neodymium is used as a crystal (neodymium-doped yttrium aluminium garnet) in lasers.

The demand for growth for REE is enormous. The production of EVs is expected to grow from 3 million to 125 million by 2030. Every electronic car will use 0.5-1.5kg more NdPr than the internal combustion engine it replaces.

The US understands the importance of REE’s and has designated rare earths as strategic materials. The Biden Administration recently released its 100-day Supply Chain Review for critical components and materials. This review is crucial in the thinking of VML’s management. Geoff Atkins, Managing Director VML, has been keen to emphasise the importance of being within the bubble for US strategic materials. It “provides an incredible opportunity for Vital”, as it provides demand certainty and project protection in the long term.

VML reacted to this certainty and has already commenced drilling to define a mine plan for Stage Two at Nechalacho. Stage Two aims to increase scale and longevity, pushing down extraction costs and increasing overall value.

VML aims to become the lowest-cost producer of mixed REE oxide outside China and a key innovator in the REE supply chain.