The 3-D imagery that could make fishing more sustainable 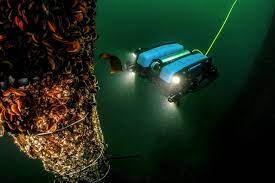 It took three years, 68,000 nautical miles and a lot of hauling heavy, waterlogged rope up from the bottom of the sea.

From more than 500 plumb measurements, the Victorian scientists on board HMS Challenger – led by Scots-born Sir Charles Wyville Thomson - were able to reveal the depth of the Mariana Trench and create a map the Mid-Atlantic Ridge.

Now, almost 150 years since the expedition’s gruelling efforts, a new generation of Scottish scientists is preparing to plumb the depths using remotely operated vehicles to create fascinating and accurate 3D models of the seabed to aid Scotland’s aquaculture sector.

Over the next 12 months, Oban-based experts in underwater imaging technology, Tritonia Scientific, will test the effectiveness of its ‘first of its kind’ system using remotely operated vehicles to create mirror images of the seabed. 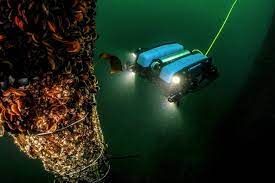 Building on existing environmental data sets, they will develop a digital record of the hard substrate found at selected Mowi sites, using a technique known as georeferenced photogrammetry.

Compared to soft seabed, where samples of sediment can be taken regularly and easily, monitoring hard substrates can be challenging because of the low visibility of the water, even when using divers or drop-down cameras to assess the terrain.

The hard nature of the seabed also makes it near impossible to grab samples.

The new system will use underwater ROVs linked to above water GPS technology and acoustic transponders to capture digital images of the seabed.

Using the images, Tritonia intends to create an accurate 3D model that can show various physical characteristics and be used alongside advanced comparison software to monitor changes on the seabed.

The technology will help to assess current and future finfish farms, as well as identifying the presence of priority marine features – nationally protected habitats and essential underwater ecosystems for Scotland’s coastal seas.