The case for desalination in South Africa 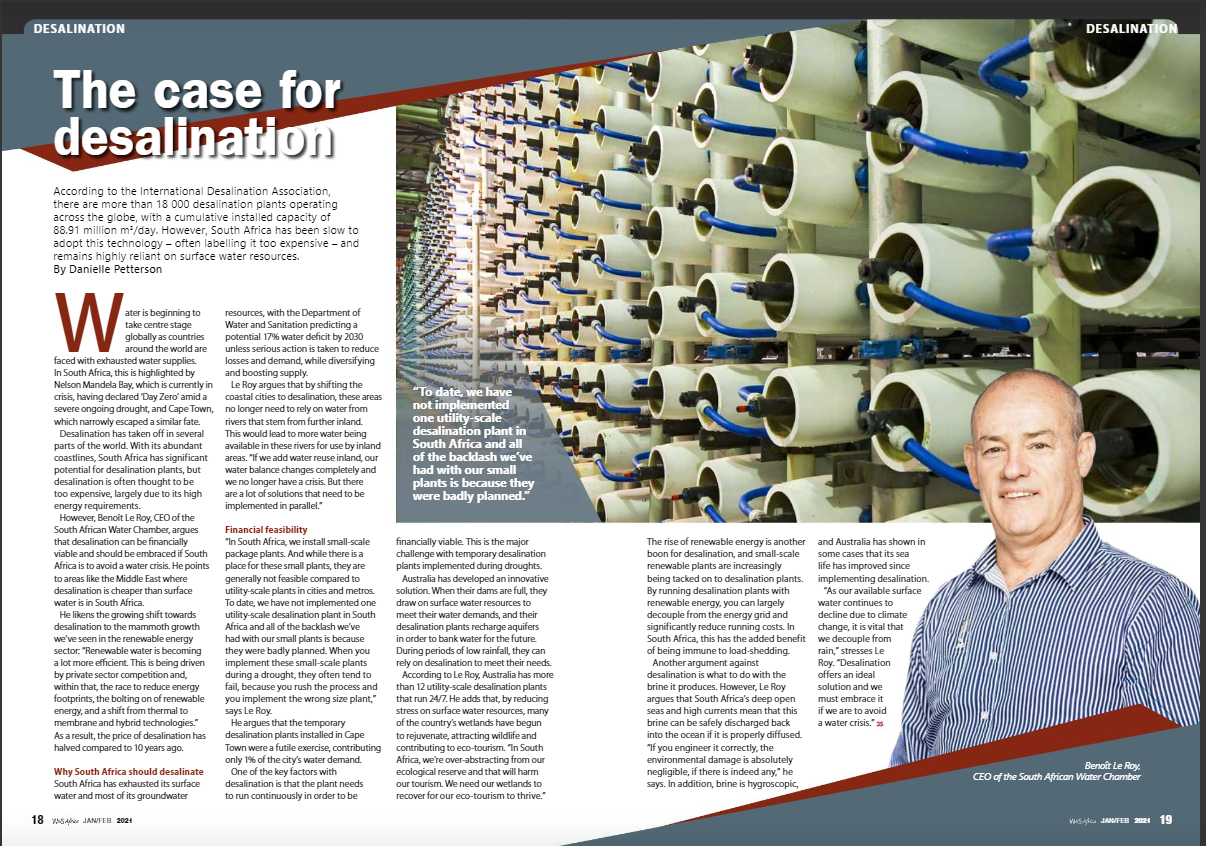 According to the International Desalination Association, there are more than 18 000 desalination plants operating across the globe, with a cumulative installed capacity of 88.91 million m3/day. However, South Africa has been slow to adopt this technology – often labelling it too expensive – and remains highly reliant on surface water resources.