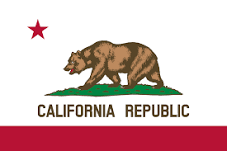 Urban communities, farms, businesses, and natural ecosystems depend upon adequate, reliable, and affordable supplies of clean water. As populations and economies grow and as climatic changes alter both water supply and demand, traditional options for meeting freshwater needs are becoming less available, reliable, and effective. As we approach peak water constraints on traditional water supplies, more efforts needed to reduce water demands through a wide range of conservation and efficiency technologies and policies, and to develop alternative, non-traditional water sources.

A key factor in the adoption of these strategies is their economic feasibility; yet, only limited and often confusing data are available on their relative costs. To fill this gap, this analysis evaluates the costs of four groups of alternatives for urban supply and demand based on data and analysis in the California context: stormwater capture; water recycling and reuse; brackish and seawater desalination; and a range of water conservation and efficiency measures. We also describe some important co-benefits or avoided costs, such as reducing water withdrawals from surface water bodies or polluted runoff in coastal waterways.

While difficult to quantify, such benefits are economically relevant, and we highlight areas where further research and analysis are needed to improve estimates presented here. All of the wateruse efficiency options are far less costly than traditional or alternative supply systems with the exception of some of the most expensive landscape water reduction options. The water treatment and reuse systems and the urban stormwater capture projects are more costly per unit of water produced but still less expensive than seawater desalination—the most expensive option evaluated. Introduction As peak water limits and pressures over freshwater resources grow and as traditional sources of supply become harder to find and obtain, new strategies to expand water supply and reduce water demand are receiving increased attention and scrutiny (Gleick and Palaniappan 2010).

Recent work to evaluate these options in California suggests that shifting to these alternatives has the potential to reduce pressures on natural ecosystems, increase the reliability of both agricultural and urban water systems, and resolve political tensions over water policies(Cooley et al 2009, Gleick et al 2014, Hebergeret al 2014). Economic feasibility is a key factor in the adoption of these alternatives, and several studies have estimated their relative costs.

For example, Perrone and Rohde (2016) found that proposed managed aquifer recharge projects in California had a median cost of $0.33 per cubic meter, although costs were highly variable depending on the source water, i.e., surface water($0.27 per cubic meter), stormwater($1.26 per cubic meter), wastewater ($0.71 per cubic meter), and a blend of two or more source waters($0.32 per cubic meter). Cooley and Ajami (2012) examined the cost of proposed and recently-constructed seawater desalination plants in Australia and in the United States and found that costs varied dramatically from $0.89 to $5.30 per cubic meter. Arroyo and Shirazi (2012) found that the production cost of brackish groundwater desalination in Texas ranged from $0.29 to $0.63 per cubic meter. Comparing costs across these studies are hindered by differences in analytical OPEN ACCESS RECEIVED 1 March 2019 REVISED 24 April 2019 ACCEPTED FOR PUBLICATION 17 May 2019 PUBLISHED 28 May 2019 Original content from this work may be used under the terms of the Creative Commons Attribution 3.0 licence. Any further distribution of this work must maintain attribution to the author(s) and the title of the work, journal citation and DOI. © 2019 The Author(s). Published by IOP Publishing Ltd approach, assumptions, and a host of site-specific factors. In addition, cost estimates for urban water-efficiency measures are not typically available in ways that can be directly compared to supply-side measures. We provide here a research frameworkfor comparing different supply and demand options, and we assess estimates of the costs of four groups of alternatives: stormwater capture; water recycling and reuse; brackish and seawater desalination; and a range of urban water conservation and efficiency measures in the California context, expressed in dollars per unit water provided or saved. These estimates are produced by collecting and analyzing recent project cost proposals, actual costs of new projects, and selected current literature. Some of these options also provide important co-benefits, such as reducing water withdrawals from surface water bodies or polluted runoff in coastal waterways.While the economic values of most environmental costs and benefits are not well documented.