The electric-current systems of WaterTectonics removes all sorts of contaminants. 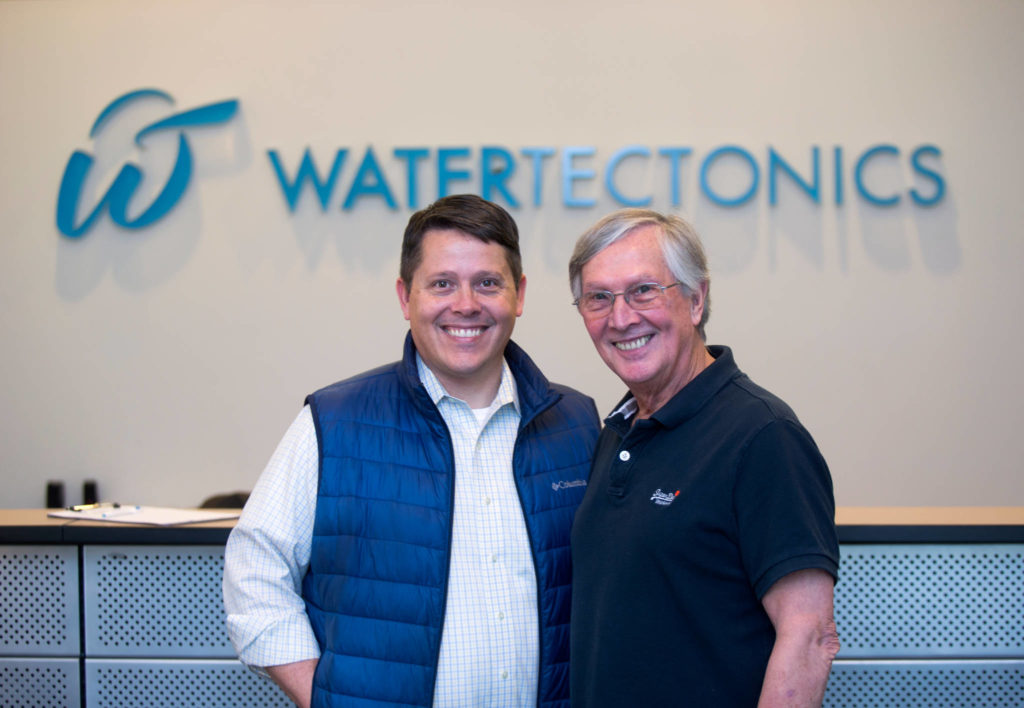 Jim Mothersbaugh is in the business of making bubbles float and tiny particles clump.

Mothersbaugh, CEO of WaterTectonics, founded the Everett wastewater treatment company in 1999 in response to the needs of the building industry and concern for the environment.

The company’s patented technologies remove heavy metals, oil and other particles from wastewater and runoff so that water can be safely returned to the environment, said his son, Jason Mothersbaugh, the company’s vice president and general manager.

“It’s one thing to put together a small system in the basement — the challenge is getting it to work in an industry where the flow might be 100 to 2,000 gallons a minute,” Jason Mothersbaugh said.

Removing the silt, chemicals and metals generated by manufacturing, construction and agriculture is critical for the health of humans and wildlife — and required under Washington state and local laws.

“Washington has become the leader when it comes to stormwater treatment requirements. The state has some of the most stringent regulations in the nation,” Jason Mothersbaugh said. “The state has become a living lab for us for the last 20 years. We’ve had lots of opportunities to take our ideas and develop them.”

It’s well known, for example, that excess sediment can damage salmon spawning habitat. Fine particles can get into the gills of fish and reduce their ability to breathe.

Less known is what happens when rain meets new concrete. It can produce a chemical reaction that alters the pH value of water, making it more acidic. A source of pollution at construction sites, concrete can harm fish and other wildlife if runoff is untreated.

In 2010, the company moved to its current location, a 40,000-square-foot manufacturing space in south Everett near Paine Field.

The company employs about 63 people, including 50 in Everett, and has been involved in projects in 23 states and 11 countries.

It all starts in a company laboratory with water samples — from construction sites, farms, oil or gas wells, and manufacturing plants.

“We start in the lab with a small sample. We evaluate it and come up with the right process,” Jason said. “There are no magic bullets. Solutions don’t occur without real science and real engineering.”

Jim Mothersbaugh’s breakthrough was the use of a non-chemical process called electrocoagulation. The scientific principles have been around for 100 years, but he was able to refine the method for large-scale and commercial uses, Jason Mothersbaugh said.

Water is treated using an electric current, forcing thousands of tiny contaminant particles to bind to a metal ion. The particles clump together, becoming large enough to be strained or filtered from the water.

“We call it the bulldozer method,” Jason said.

When the construction industry cooled during the great recession, WaterTectonics turned its attention to treating water used to drill natural gas wells in the U.S.

Known as hydraulic fracturing, or hydrofracking, the process shoots millions of gallons of water, mixed sometimes with sand and chemicals, into the ground to fracture the rock above a natural gas reserve. Only one-third of the water comes back out, and it’s laced with contaminants.

WaterTectonics uses a non-chemical water treatment process to removes contaminants from the water, including oil, at the wellhead or a central location.