The Lake Erie Bill of Rights Explained: "This Lake Now Has Legal Rights, Just Like You" (Video) 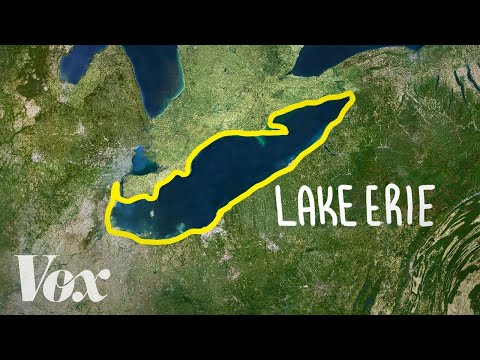 The thorough video report by Vox explains all the events that led to Lake Erie getting its own Bill of Rights.

The Lake Erie Bill of Rights is the first law of its kind in the United States. In February of 2019, the residents of Toledo, Ohio voted to give Lake Erie's entire ecosystem legal rights. That means any citizen of Toledo, if they have credible evidence that a corporation or government is harming the lake, can file a lawsuit on behalf of Lake Erie in court.

The Lake Erie Bill of Rights is part of a larger movement to give legal rights to mountains, rivers, forests, and other natural objects. The citizens of these communities -- from Pennsylvania, to Ecuador, to New Zealand -- argue that because their long-term survival is dependent on the health of their natural surroundings, anything that harms the lakes, rivers, or forests they depend on should be considered a legal harm.

It’s a totally new way of approaching the law, and it could change the very nature of our relationship with the natural world. This is how one community in Ohio started what they hope will be a nationwide movement.