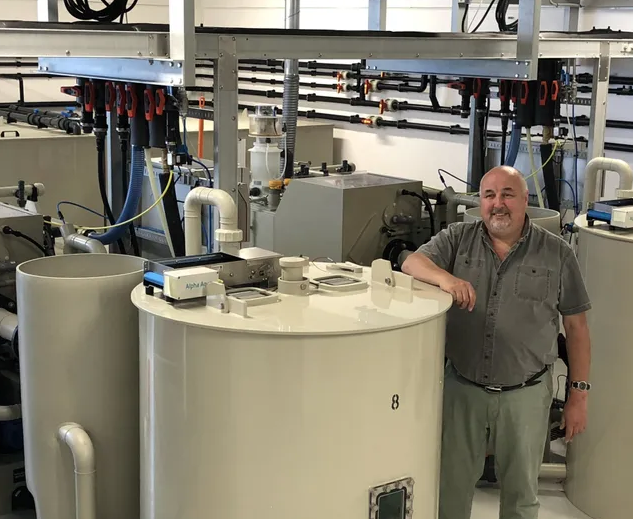 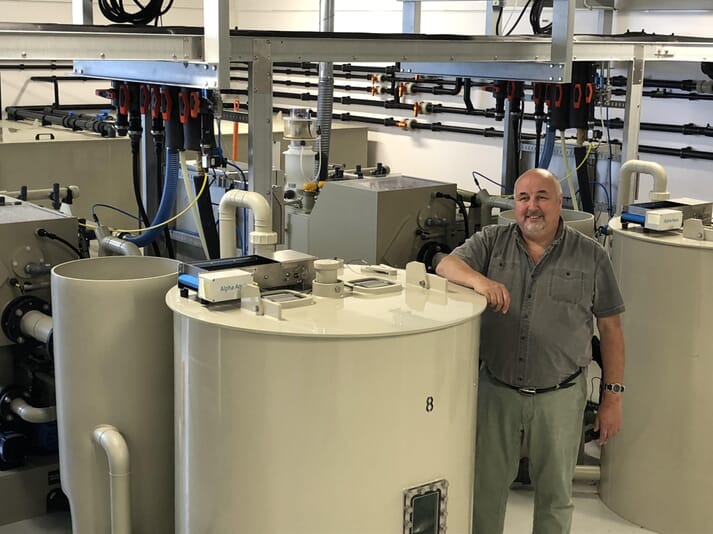 Mark Powell, CEO and manager of the Marineholmen RASLab, brings 25 RAS experience to the facilityComplete with 12 separate RAS systems, the 25 million kroner (£2.1 million) Marineholmen RASLab allows users – including fish farmers, feed manufacturers and technology designers – to carry out research on a variety of parameters.

“We’ve got 12 separate modules each with their own biofilter – it can be operated either as a fixed or moving-bed, depending on the client’s needs – and a 1,000 litre tank, allowing us to conduct trials on fish of up to about 500g,” explains Mark Powell, who is RASLab CEO and has over 25 years’ experience in the world of RAS.

The systems can operate at anywhere between 6°C and 30°C, using either fresh or salt water.

“They can be used for feed trials, as well as studies on a variety of technologies, including sensors, RAS components, water treatment and waste recycling,” Powell explains.

The venture, which recently launched its first trial, is a joint initiative between I-Lab, Norce, Marinholmen Research Park and the University of Bergen. It is being led by Powell, who brings with him extensive fish health experience with both academia and the industry, having held professorships at the Universities of Tasmania, Nord and Bergen; as well as roles at IMR and the Norwegian Institute for Water research.

“There’s an increasing demand for research in RAS due to the increase in RAS production around the world. Our main customers commission contract research for example feed trials; we help start-ups with things like R&D, where to source funding, prototyping and validation; education; and consultancy,” reflects Powell.

The facility uses a bespoke recirculation system produced by Alpha Aqua, a new version of which has recently been launched commercially. The system in the Bergen facility allows for the input of up to 3 kg of feed per tank.

“It’s a modular system – the big brother of which is used commercially and can accommodate up to 400 kg of feed per tank,” says Powell. 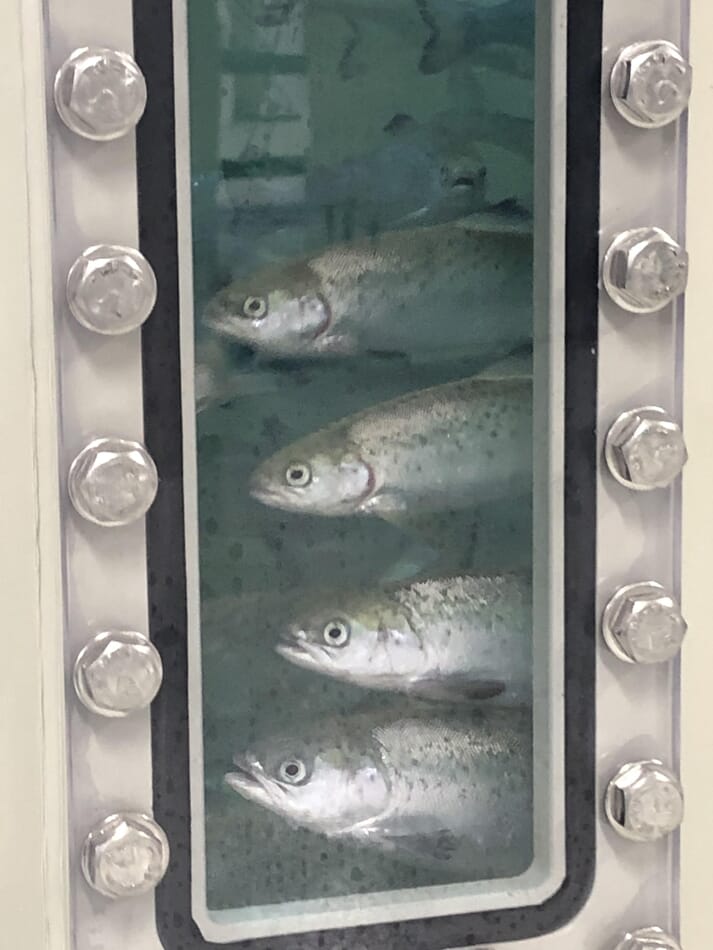 The current trial, which is being run on behalf of a major feed company and is investigating how RAS feed impacts smolt performance, will run for three months in the RASLab, after which the smolt will be transferred to a nearby flow-through system for another three months.

RASLab is also equipped with a dry lab, allowing for water quality analysis and a variety of other trials and analyses.

“We will also be able to sequence the bacterial communities in the biofilters and see how these change with different feeds and stocking densities,” explains Powell.

Phase two, which is planned to begin construction in 2021, will be a separate, biosecure facility, which will be used for disease challenge trials and testing of vaccine efficacy on both warm- and coldwater species.

“It’s very cool to be at the cutting edge of the technology and the science,” Powell concludes.