The Syr Darya River - A Review 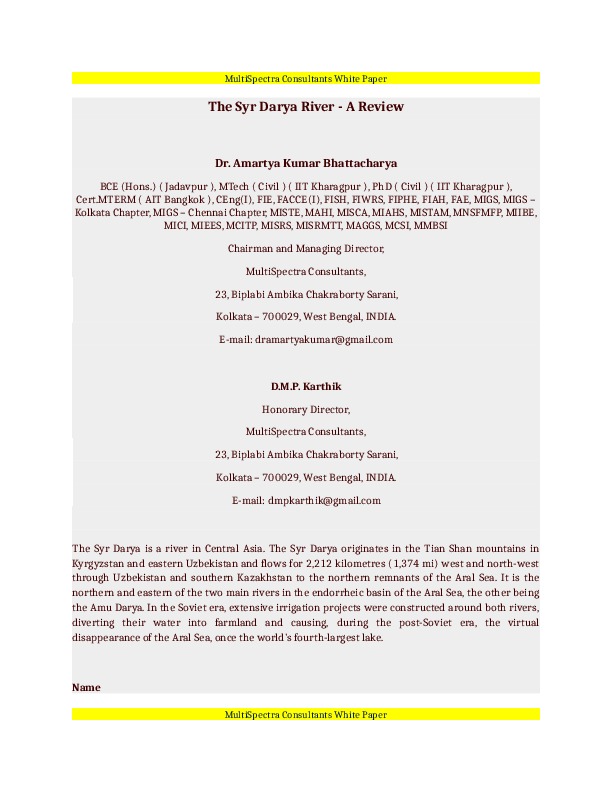 The Syr Darya is a river in Central Asia.The Syr Darya originates in the Tian Shan mountains in Kyrgyzstan and eastern Uzbekistan and flows for 2,212 kilometres (1,374 mi) west and north-west through Uzbekistan and southern Kazakhstan to the northern remnants of the Aral Sea.

It is the northern and eastern of the two main rivers in the endorrheic basin of the Aral Sea, the other being the Amu Darya. In the Soviet era, extensive irrigation projects were constructed around both rivers, diverting their water into farmland and causing, during the post-Soviet era, the virtual disappearance of the Aral Sea, once the world's fourth-largest lake.

Read the full article in the attachment below.