The Value of Clean Water in Vanuatu 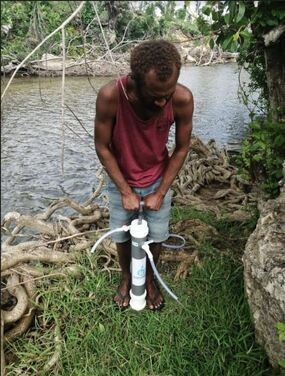 In April 2020, 160,000 households in northern Vanuatu were left without food, shelter or clean water after Category 5 Tropical Cyclone Harold devastated the landscape with sustained winds of 215 km/hr(130 mph). 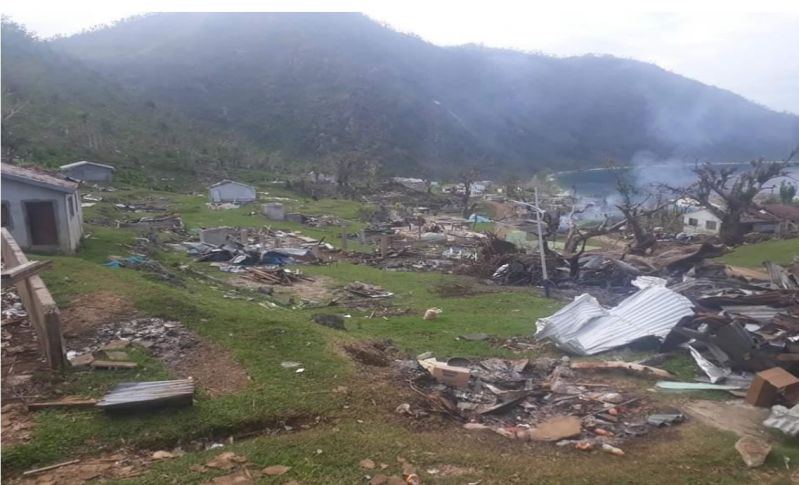 Wateroam’s partner, Sea Mercy, focused on providing safe drinking water to the affected communities through the provision of filtration, desalination, and water storage products. 260 of our mighty ROAMfilter Plus systems were deployed to communities across the islands of Ambrae, Ambrym, Malekula, Pentecost and Santo.

Most of Vanuatu’s villages are miles apart, and only accessible by foot - in some cases this results in a three hour walk each way.  The average village has 150 people, spanning across roughly 30 households.   The response effort required a decentralized system that our ROAMfilter Plus was perfect for!
"The community reception has been very moving – in some places people wept with relief because they've been suffering with poor water and waterborne disease for weeks and months….People were so relieved to get the products, and you realize you are really saving lives, especially of children and vulnerable people. These are the moments that make all the long hours of work and frustrations worthwhile.”

What we want to bring most attention to today is the tremendous impact that clean water has for health outcomes. 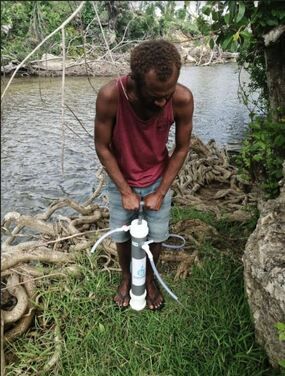 On average, health improved by 33% in all age groups between the time the filters were distributed and followed up with. The figures for diarrhea, rash,sore throat and vomiting decreased tremendously, without a doubt saving lives during this time. Diarrhea and vomiting can be life-threatening and fatal illnesses that lead to severe dehydration when untreated; without access to clean water and the ability to rehydrate, diarrhea, vomiting and dehydration can lead to death.

This is a leading cause of mortality for children under 5 worldwide, and we’re thrilled to see these numbers cut by half or more within this vulnerable age group.
Picture
Improved access to closer water sources

While a few filters were installed permanently in schools, the majority were given to a designated operator who manned the filter to provide clean water when it was needed. The ROAMfilter Plus Systems were not fixed to a location within the community and the operator used the simple manual hand pump for filtration.
​
Not only did Wateroam’s filtration systems alter the health outcomes of these communities, it changed how they source their water.  When the filters were distributed, rivers/creeks were the primary water sources used by these communities, but the ability to filter dirty water meant communities could use water sources located closer to their homes.

Most communities that switched their water sources saved an average of 7 minutes’ walk each way, while one village event reported saving 14 minutes each way. This not only saves time, but it increases the amount of clean water that is available. There can be less frequent trips to the water source, and less rationing. Sea Mercy also distributed storage buckets to keep filtered water clean and free from additional contamination - this meant that if clean water was needed, it was available then and there!

For most of us, that is a regular reality, but for numerous households, that has never been the case.  Kona Point community in Vanuatu used to have to pay to bring water from a river 15km away via truck, but now they can filter river water from a much closer source.

Water.org states that over “$260 billion dollars is lost globally each year due to the lack of basic water and sanitation” - this is attributed not only to the premature loss of life and the potential economic contributions someone could have made, but also due to individuals spending hours each day collecting water, traveling long distances to access water, or recovering from waterborne illnesses. Instead of earning an income, time is spent simply trying to survive.

The Sea Mercy team shared with us amazing feedback from the Vanuatu communities who were hugely grateful to have clean water in their villages - they “love the taste, recognize the health benefits and appreciate having safe water to drink.”  Wateroam is beyond thankful to see the positive impact Sea Mercy and our ROAMfilter Plus systems have helped to make in Vanuatu.