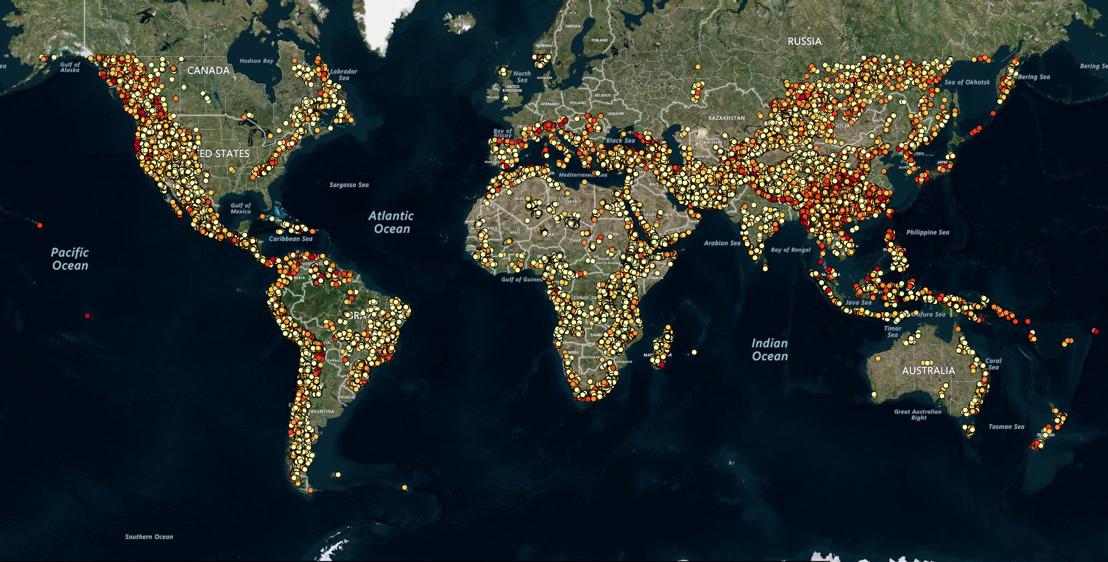 The Australian National University (ANU) has completed a global audit of 530,000 potential sites for pumped-hydro energy storage that can be used to support low-cost, secure, 100 percent renewable electricity grids.

“Only a small fraction of the 530,000 potential sites we’ve identified would be needed to support a 100 per cent renewable global electricity system. We identified so many potential sites that much less than the best one per cent will be required,” said Dr Stocks from the ANU Research School of Electrical, Energy and Materials Engineering (RSEEME).

“The perception has been there are limited sites for pumped hydro around the world, but we have found hundreds of thousands.”

The audit of these STORES sites and the team’s analysis relies on geographic information system (GIS) algorithms, which were peer reviewed recently as part of a publication authored by Dr Stocks and his colleagues in the international journal Applied Energy:
https://www.sciencedirect.com/science/article/pii/S0306261918305270

The team developed the advanced GIS algorithms to locate prospective sites for off-river pumped hydro across a large land area such as a state or a country.

This assessment is based on appealing physical characteristics, but the 530,000 potential pumped-hydro sites identified would require detailed due diligence involving land ownership, engineering, hydrological, environmental and other considerations.

Maps showing the locations of potential STORES sites and details of the team’s analysis are available at: http://re100.eng.anu.edu.au/global/

Pumped-hydro energy storage sites require pairs of reservoirs at different altitudes, typically with areas of a few hundred hectares, in hilly terrain and joined by a pipe or tunnel with a pump and turbine. Water is pumped uphill when wind and solar energy is plentiful, and electricity is available on demand by releasing the stored water through the turbine.

Co-researcher Professor Andrew Blakers said off-river pumped-hydro storage typically delivered maximum power from five to 25 hours, depending on the size of the reservoirs.

“Pumped-hydro energy storage can go from zero to full power extremely quickly – it takes only a few minutes,” he said.

Professor Blakers said annual water requirements of an electricity system built primarily on solar PV and wind would be much less than a fossil fuel system because wind and PV do not require cooling water.

Co-researcher and RSEEME colleague Mr Bin Lu said the potential pumped hydro sites identified were outside national parks and urban areas, and each site has storage potential in the range two to 150 GWh.

“Pumped hydro accounts for 97 percent of energy storage worldwide, has a typical lifetime of 50 years and is the lowest cost large-scale energy-storage technology available,” he said.

Disclaimer : None of the sites discussed in this study have been the subject of geological, hydrological, environmental, heritage and other studies, and it is not known whether any particular site would be suitable. The commercial feasibility of developing these sites is unknown. As with all major engineering projects, diligent attention to quality assurance would be required for safety and efficacy. There has been no investigation of land tenure apart from exclusion of some environmental areas and urban areas, and no discussions with land owners and managers. Nothing in this list of potential site locations implies any rights for development of these locations.