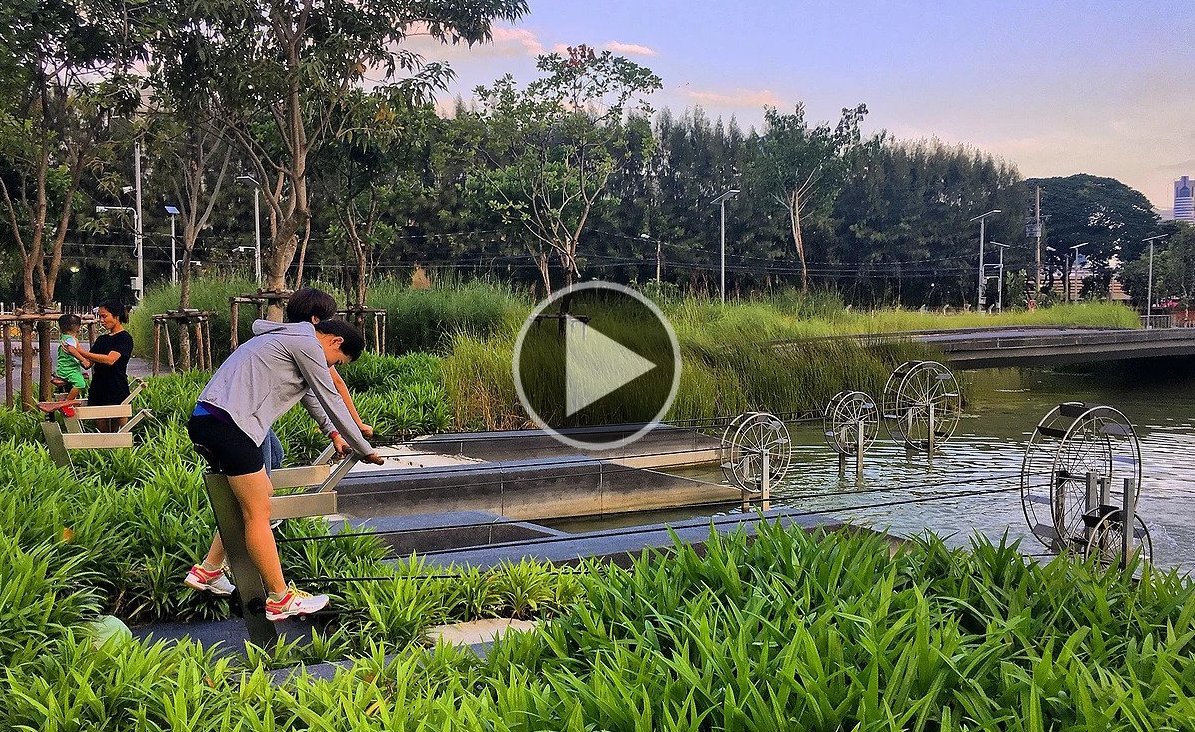 From London to Tokyo, climate change is causing cities to sink -- and our modern concrete infrastructure is making us even more vulnerable to severe flooding, says landscape architect and TED Fellow Kotchakorn Voraakhom .

But what if we could design cities to help fight floods?

In her inspiring TED Talk, Voraakhom shows how she developed a massive park in Bangkok that can hold a million gallons of rainwater, calling for more climate change solutions that connect cities back to nature.

Her studio LANDPROCESS  designs parks to capture stormwater instead of building infrastructure to keep it out, reports Adele Peters for Fast Company offering a solid example:

"Another park that Voraakhom designed, which will open this summer on a university campus on the northern edge of the city, features a massive green roof that will not only grow rice and other food for students, but also (in conjunction with other “rain gardens” on campus) capture more than 2.5 million gallons of water".