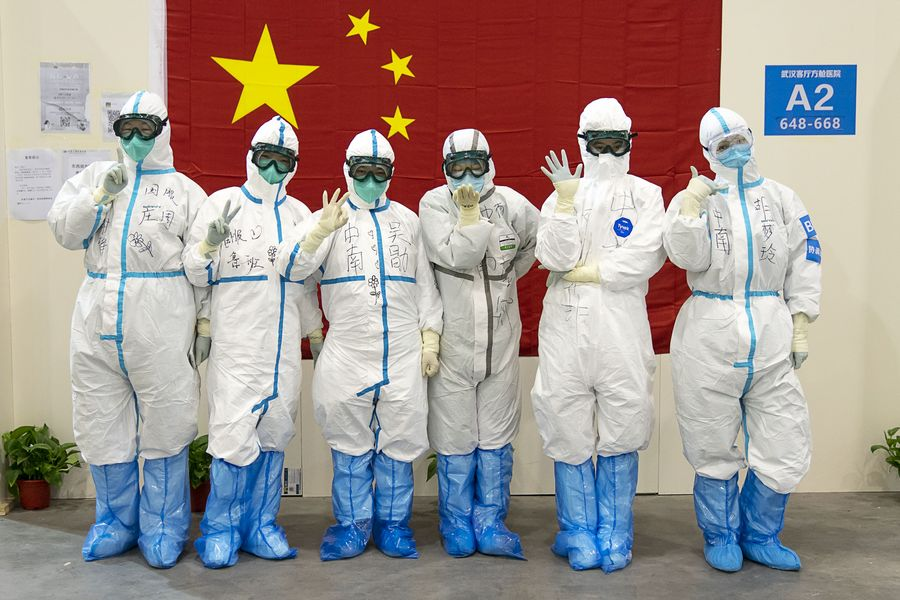 How and where the novel coronavirus originated has now become a highly debated political issue. But this should not preclude learning from the good practices of countries that are emerging from the global public health crisis.

Take China for instance. It has largely contained the coronavirus outbreak, prompting schools, mostly middle and high schools, to reopen, and nearly 70-80 percent of white-collar workers to return to office in major cities. The biggest sign that China is returning to normal is the announcement that the annual sessions of the National People’s Congress and the Chinese People’s Political Consultative Conference National Committee will be held from May 21.

No country or city was adequately prepared for the outbreak, certainly not Wuhan, which was the first city to report the outbreak of the novel coronavirus. But unlike many other cities in the world, Wuhan had the backing of a strong and decisive central government.

Among the many effective measures China has taken to contain the virus is the one to lock down Wuhan, a city of 11 million people, on Jan 23, and later extending the measure to the whole of its parent province of Hubei. All modes of transportation, except those carrying essentials and medicines, were banned from entering or leaving the province. It was a bold decision since Wuhan is a major manufacturing and logistical hub of China and the world and, perhaps more importantly, because it came a couple days before the Chinese Lunar New Year. It was akin to locking down New York City on Christmas Eve.

But surprisingly, despite other countries following the same policy later, at that time many said Beijing’s move was a violation of human rights.

During the height of the outbreak in mid-February, about 30,000 health workers, including doctors and specialists, from different parts of China were dispatched to Wuhan. By the end of March, that number increased to more than 40,000. In fact, intensive care medical staff in Wuhan at the time accounted for 10 percent of the country’s total.

Slogans and banners have been a common sight in China since 1949. In the fight against COVID-19, the government used these tools even more effectively to keep people indoor, and thus healthy. Among the common slogans used were those asking people to practice good hygiene habits such as washing hands frequently, not touching the mouth or nose, and not rubbing the eyes.

Since the Chinese people have suffered plague (wenyi) outbreaks in the past, they didn’t need much goading to take the public health crisis seriously. Over the years, the Communist Party of China has built a web of political and community networks at different levels. At the lowest level, residents’ committees play an important role in helping implement policies－and this time they ensured that people followed the self-quarantine and other anti-epidemic rules.

Residents’ committees are run by neighborhood volunteers, many of them middle-aged or elderly women and men. These dama and daye (grandmas and grandpas) were quite effective in preventing people from breaking rules, by among things making sure no outsiders entered their community or community members ventured out without permission, a valid reason－and a pass.

Management committees of office buildings issued passes to the employees complete with their mug shots. And both in communities and office buildings, volunteers measured the temperature of every person and ensured their names and contact numbers were registered before allowing them to enter. Registration included a self-declaration that the person had not visited Wuhan or Hubei province during past 14 days.

In February, China’s telecommunication service providers sent text messages to subscribers asking them to give details of their whereabouts during the past 14 days. Train stations, malls, office buildings and communities required people to provide such information to help identify people who have been or may be infected before allowing him/her in. Also, security officers used devices such as drones and patrol robots at airports, hospitals and malls to control the spread of the virus－an essential device was one that can detect body temperature from 5 meters. And factories and office buildings installed facial recognition devices which can recognize a person even with a mask on.

So effective has been China’s anti-outbreak measures that it has topped a survey conducted by Singapore’s Blackbox Research in 23 countries to assess what people feel about their governments’ response to the outbreak using four key indicators: political leadership, corporate leadership, community, and media. China led in all the four categories with a score of 85, compared with United States’ 41 (less than the global average of 45) and Japan’s 15.

All Western countries, except for New Zealand, scored less than the global average. People in only seven Western countries rated their political leaders highly. But 85 percent of the Chinese respondents said their country would emerge stronger from the crisis－only 41 percent Americans felt the same way. And while 63 of the Chinese respondents felt the US would emerge weaker from the outbreak, 37 percent Americans felt the same way about China.

After the pandemic ends, there could be a perceptible change in how the citizens of a country assess the performance of their governments in terms of anticipating and overcoming health, social and financial crises, how other countries perceive their country’s soft power, especially American and Chinese citizens, and the geopolitical implications of events leading to, during and after the crisis. Only time will tell what these changes are likely to be, or how long they will last.

Ang Eng Guan is the managing director of Taylor& Francis Group in China, and Asit K. Biswas is a distinguished visiting professor at the University of Glasgow, United Kingdom. The views are personal to the authors and don’t necessarily reflect those of China Daily.