Treatment facilities that can completely eliminate all contaminants on-site 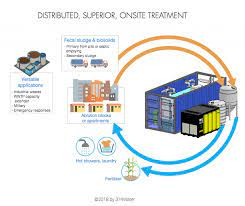 As he watched his business partner ring the opening bell of the Nasdaq Stock Market, Marc Deshusses couldn’t help but smile. Seeing nearly a decades’ worth of work materialize into a company traded on one of the world’s foremost public exchanges would be a special moment for anyone. But even more than its personal significance, Deshusses hoped the ringing was a signal of the dawning of a new age in treatment technology. 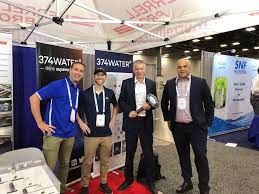 374Water is a startup company launched in 2018 by  Deshusses, professor of civil and environmental engineering at Duke University, and Kobe Nagar, 374Water’s CEO who rang the opening Nasdaq bell. Based on technology originally funded by the Bill and Melinda Gates Foundation in 2013, the company is engineering and building modular sanitation systems capable of cleaning even the foulest concentrated waste.

While the company has been public for about a year, its stock has been available through “over the counter” broker-dealer networks. Its inclusion into the Nasdaq exchange is the result of the company meeting a number of financial and organizational requirements that will allow the company to attract more investors and capital for its pursuits. The company now employs more than 20 people working across the globe in places like France, the Netherlands, the United Kingdom and Israel.

“The uplisting to NASDAQ is an important milestone, as it opens up investment opportunities to a larger crowd, and I am excited to see this happening,” Deshusses said. “I am also excited that our commercial systems that will treat problematic wastes such as biosolids, contaminated sludges and PFAS. Seeing inventions materialize into commercial products is a dream come true.” 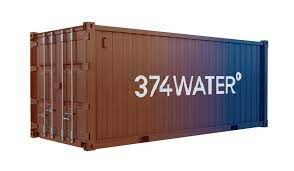 The technology underpinning 374Water’s systems features a process called supercritical water oxidation, or what Deshusses affectionately refers to as a “pressure cooker on steroids.” The description is apt, as the systems use high pressure and temperature—over 220 times atmospheric pressure and above 374 degrees Celsius, hence the company’s name–to break down complex organic compounds into clean water, CO2 and energy.

For several years, Deshusses and his team designed and constructed a prototype within a standard 20-foot shipping container behind Hudson Hall on Duke’s campus. Over time, they dialed in the reaction parameters and infrastructure design needed to create a stable, reliable reaction that worked efficiently enough for commercial applications. After officially launching 374Water to pursue these commercial applications, the team struck a deal with the Indiana-based nationwide biosolids management company Merrell Brothers to manufacture their inaugural systems.

The first units produced, which fit within 40-foot shipping containers and can handle about six tons of waste a day, were sold to treatment sites in Orange County, California and Israel. With systems soon out in the real world treating waste and recovering resources on an everyday basis, the company will scale up their production as well as their designs to treat 30 or, eventually, even 200 tons of waste per day.

While these capacities aren’t in the realm of what city-sized treatment facilities require—New York City alone produces about 1200 tons of biosolids every day—they could be extremely useful in scenarios where concentrated waste is produced such as farms and industrial factories, as Deshusses and his team have also demonstrated that their technology can destroy virtually any organic contaminant. For example, the Environmental Protection Agency recently dropped their health advisory levels of so-called “forever chemicals” PFOA and PFOS to extremely low levels. As the nickname implies, these concerning compounds are very difficult to destroy. But supercritical water oxidation is one of the few technologies capable of invalidating the term.

“More and more landfills in the US are accepting less and less organic waste, and there is a growing concern about residual compounds like PFAS remaining after traditional treatments,” Deshusses said. “These concerns and others have created interest in treatment facilities that can completely eliminate all contaminants on-site. We’re excited to show just what our technology is capable of doing.” 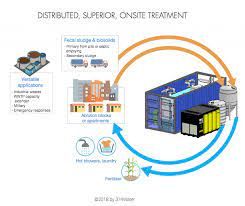