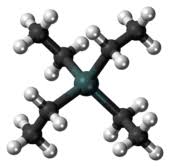 After months of planning, testing and construction, Newark officials announced Tuesday that orthophosphates are now being added to the city’s water system to reduce high levels of lead in drinking water.

Water samples reported this year show lead levels at around 67 parts per billion, with some homes testing much higher. The federal limit for lead in drinking water is 15 parts per billion, although no level of lead is considered safe.

The city said it could take months for the orthophosphates to take effect.

“We are not out of the woods yet,” said acting water department director Kareem Adeem. “We are expecting that we may see our fifth exceedence in July.”

Newark water runs to the homes of 280,000 city residents, plus thousands more in neighboring towns - including Belleville, Bloomfield and Nutley.

A federal lawsuit brought by a group of city residents and the National Resource Defense Council is still pending against Newark over the high levels of lead in its water. They’ve sought emergency action to get water filters in every home.

SOURCE TO ORIGINAL ARTICLE ABOUT LEAD REDUCTION PLAN IN NEWARK