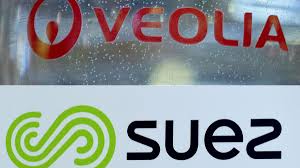 Veolia succeeded in its bid to buy a 29.9% stake in waste and water management rival Suez on Monday, paving the way for a full takeover offer despite an attempt by the French government to stall the deal.

Veolia said it would launch a tender offer at 18 euros a share, the same price it offered power group Engie for its stake, in a deal that would value Suez at 11.2 billion euros ($13.20 billion).

It aims to reinforce its reach globally thanks to the takeover, in a highly fragmented industry. Veolia has met with fierce opposition from Suez so far, and the deal has been plagued by hostilities between the parties.

In another twist on Monday, the French state, a major shareholder in Engie, voted against selling the stake to Veolia, although a majority of the utility’s board gave its approval.

The dissent raised eyebrows in France, where the government usually has a strong influence on the companies in which it has a stake.

Veolia said it wanted to resume discussions with Suez as of Tuesday, after pledging not to launch its tender offer until it got approval from its target’s board.

It has argued the deal will create a “world super champion” in waste and water management, better equipped to take on rivals emerging from China, while the takeover would also lead to cost savings of 500 million euros from the first year.

In a bid to overcome antitrust hurdles, as the two firms manage much of France’s water supply, it confirmed a plan to sell Suez’s French water business to infrastructure fund Meridiam. It added that Meridiam would guarantee jobs and invest in the business.

Despite a growing war of words between Suez and Veolia, Engie Chairman Jean-Pierre Clamadieu said he believed the two could reach an agreement now the matter of the stake sale was resolved.

“I witnessed the start of a dialog,” Clamadieu told reporters.

The French government, which had been trying to mediate between the parties and had urged them to take their time, had been holding out for Veolia and Suez to bury the hatchet before the stake sale, Clamadieu added.

He said relations with the state were still good but that the company and the government had been defending different interests.

Veolia had hiked its offer for the stake to 3.4 billion euros, and Engie, which is trying to simplify its unwieldy structure and sell assets, said on Monday it would make a capital gain of 1.8 billion euros before tax on the sale.

Suez has repeatedly called Veolia’s approach hostile. It has warned it could lead to job losses, and the row had spilled into politics too.

Last week several French parliamentarians, mostly from President Emmanuel Macron’s party, also questioned the industrial logic of the deal and the rush to close it without considering alternatives.

Suez had pleaded for more time to come up with another suitor. But the only one that emerged, private equity firm Ardian, walked away earlier on Monday, saying it needed six weeks to do full due diligence on any offer.

Suez has put up other hurdles which are yet to be resolved, including after it created a foundation to house its French water business, complicating any takeover.

In a statement Monday, Food & Water Action Public Water for All Campaign Director Mary Grant said in a statement the deal would lead to global domination of public water services by a single corporation:

“The merger of the world’s largest water corporations will erode any semblance of competition for water privatization deals. This lack of competition will lead to unaffordable costs for families, slack maintenance and safety procedures, loss of union jobs, and potentially rampant corruption. Water privatization has been a disaster for communities across the United States and around the world. As the fiscal realities of the COVID crisis begin to set in for struggling municipalities, some may consider selling off their valuable water systems as a short-term solution. But this would create long-term harm. Communities must revert all privatized water and sewer systems to public control to ensure safety and affordability for all.”