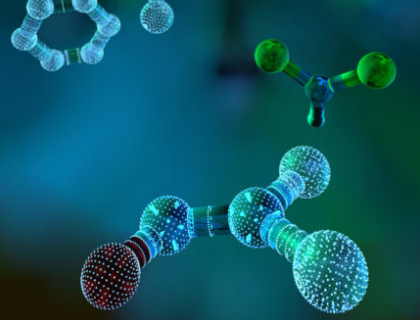 Engineers at wastewater recycling plants can rest easy knowing that their methods for minimizing the formation of a potent carcinogen are targeting the right chemical compound.

USC Viterbi Assistant Professor Daniel McCurry, undergraduate student Meredith Huang and master’s student Shiyang Huang have confirmed the chemical responsible for the formation of the carcinogen N-nitrosodimethyalmine, or NDMA, in recycled wastewater. They began their study after contradictory findings surfaced in the environmental research community, causing hesitation in the adoption of NDMA intervention methods at treatment facilities. Their work was published in Environmental Science and Technology Letters as the March cover study.

“The recent drought in California and subsequent water vulnerability has increased interest in water recycling,” said Meredith Huang, the study’s first author. “However, disinfection byproducts like NDMA, formed in the process of treating wastewater, are harmful to humans and introduce some issues when the goal is re-consumption.”

In the late 90s, high concentrations of NDMA were found in what was otherwise extremely clean recycled wastewater, which in most states is discharged into rivers that are used as sources for drinking water. This discovery set off a years-long research effort by several labs to figure out how the harmful chemical compound was forming.

“The concentration of NDMA that we’re worried about is very, very low,” said McCurry, who works in the Sonny Astani Department of Civil and Environmental Engineering. “Unlike a lot of organic pollutants in drinking water where the regulatory limit may be in the microgram per liter range, for NDMA, the regulatory guideline in many places ranges from 10 nanograms per liter to 100 nanograms per liter. So, three to four orders of magnitude lower in concentration because it’s just a super potent carcinogen.”

“NDMA is one of the major obstacles to direct potable reuse because it is really difficult to get rid of thorough traditional treatment processes,” McCurry said. It is instead easier and more affordable to lower NDMA concentrations by eliminating the molecules responsible for its formation.

Originally, researchers found that NDMA is the result of the chlorination step of the recycled wastewater treatment process. Specifically, dichloramine, a minor component of the chlorine mixture, causes the formation of NDMA. These findings led treatment plants to begin manipulating chlorine chemistry in order to lower dichloramine concentrations and, ultimately, reduce NDMA formation.

However, researchers were still uncertain of what dichloramine was reacting with to form NDMA until five years ago when researchers in Toronto found that certain pharmaceuticals, like the antacid Zantac, can form NDMA when chlorinated in wastewater-like conditions. Subsequently, other researchers began looking into the formation mechanism from Zantac-like chemicals.

“They decided that it was monochloramine that was responsible in contrast to several practical studies showing that minimizing dichloramine in real recycled wastewater minimizes NDMA formation,” McCurry said. “They came to the wrong conclusion because monochloramine and dichloramine are interconvertible. So, experimentally, it’s pretty hard to separate them.”

With this in mind, McCurry and his team carefully designed their experiment to avoid conversions between the two molecules by using much lower doses. Then, by systematically applying a range of monochloramine and dichloramine doses to pharmaceutical precursors, they were able to determine which molecule was the root cause of NDMA formation.