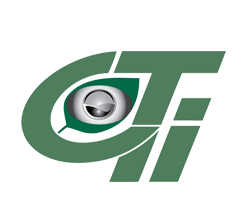 Chatsworth, CA, March 04, 2021 (GLOBE NEWSWIRE) -- via  NewMediaWire  -- Cavitation Technologies, Inc. (OTCQB:  CVAT ) (BERLIN:  WTC ) provides an update on produced and frack water treatment operations in the Permian Basin. For the month of February, CVAT’s water treatment rate was slightly higher than 100,000 barrels per month, but due to certain harsh weather conditions the volume of treated water fluctuated during this time frame. The first mobile unit featuring CVAT’s patented Low Pressure Nano Reactor® (LPN) and related patented processes was deployed for the initial production phase at the end of February; and CVAT anticipates accelerated capacity and production rates moving forward. Meanwhile, the second mobile unit is scheduled for completion at the end of March and will be fully operational in April. Each mobile unit deployed in the Permian Basin region has the capacity to handle up to 500,000 barrels per month.

The unique chemical free technology behind CVAT’s Low Pressure Nano Reactor® (LPN) features shockwaves that create hundreds of bubbles inside of the reactor. These bubbles eventually end up collapsing due to pressure and release enormous force. These forces then cause multiple chemical reactions, one of which is the dissociation of water into hydrogen and hydroxyl radicals. Hydroxyl radicals are powerful oxidizers and can be used to destroy organic constituents such as hydrocarbons.

While the supercritical effect is localized to the area of bubble collapse, there are three unique traits of supercritical cavitation in the water that can be used in produced water treatment: organic phases become completely soluble; oxygen is completely soluble and behaves as a strong oxidizer; and inorganic constituents become largely insoluble.

Oil prices will rally sooner and higher than previously thought as the global energy demand recovery outpaces the supply response from the OPEC+ alliance, shale and Iran, according to Goldman Sachs Group Inc. Oil consumption will get back to pre-virus levels by late July, while output from major producers is likely to remain “highly inelastic" due to the rising prices, the bank said in a note. Goldman raised its Brent forecasts by $10 a barrel, to $70 next quarter and $75 in the following three months. The result of improving oil and the reopening of produced and frack water treatment centers in the Permian Basin Region may lead to accelerated capacity and production rates and an increased demand for CVAT’s clean water technology moving forward.

Founded in 2007, the company designs and manufactures innovative flow-through devices and systems, as well as develops processing technologies for use in edible oil refining, renewable fuel production, water treatment, and alcoholic beverage enhancement. The company's patented Nano Reactor® systems and various technologies have over 40 patents issued and filed both domestically and abroad. http://www.ctinanotech.com/