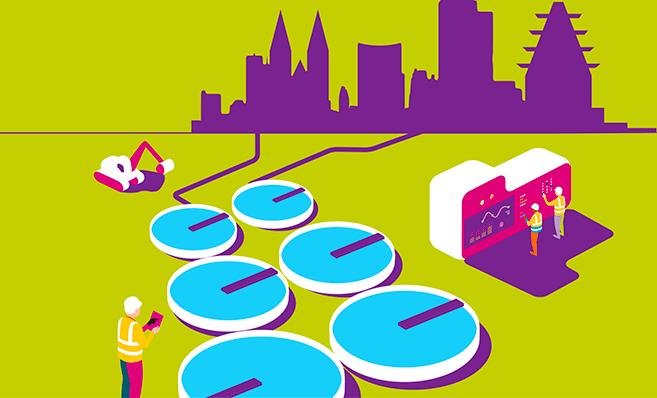 The consortium consisting of VINCI Construction Grands Projets (50% share and lead contractor) and Acciona Agua S.A. (50%) won the contract for the design-build portion of phase 1 for the Nhieu Loc-Thi Nghe wastewater treatment plant, in Ho Chi Minh City. The design-build portion of the contract is set to take five years for completion, including the starting-up process and acceptance of works. The project also calls for operating and maintaining the facility for a five-year period.

This wastewater treatment plant project, which is financed by the World Bank, is worth €200 million (€170 million for the design-build portion and €30 million for operation and maintenance). With a peak capacity of 34,000 cubic metres per hour, it will include a pumping station, biological treatment, disinfection, sludge treatment, odour treatment as well as connection to the city’s sewage system.
The plant, which will treat wastewater from the Nhieu Loc-Thi Nghe Basin, will be an essential part of Ho Chi Minh City’s second environmental plan and will benefit more than a million residents.
The project will include the hiring of up to 800 local labourers at peak periods. Also, nearly 25,000 hours of training are planned to ensure everyone’s safety at the worksite as well as the structure’s quality.

This new contract bolsters VINCI Construction’s presence in Vietnam, where the Group, through its subsidiaries VINCI Construction Grands Projets and Bessac, Soletanche Freyssinet’s subsidiary specialized in microtunnelling, is currently carrying out a design-build project for a 10-kilometre treated-water transfer pipeline that will supply drinking water to the centre of Ho Chi Minh City.
VINCI Construction Grands Projets has provided support to Vietnam on numerous sanitation projects in the cities of Thai Nguyen and Hoi An in 2016, Vung Tau in 2013, and Ha Dong in 2008.

SOURCE TO THE PRESS RELEASE