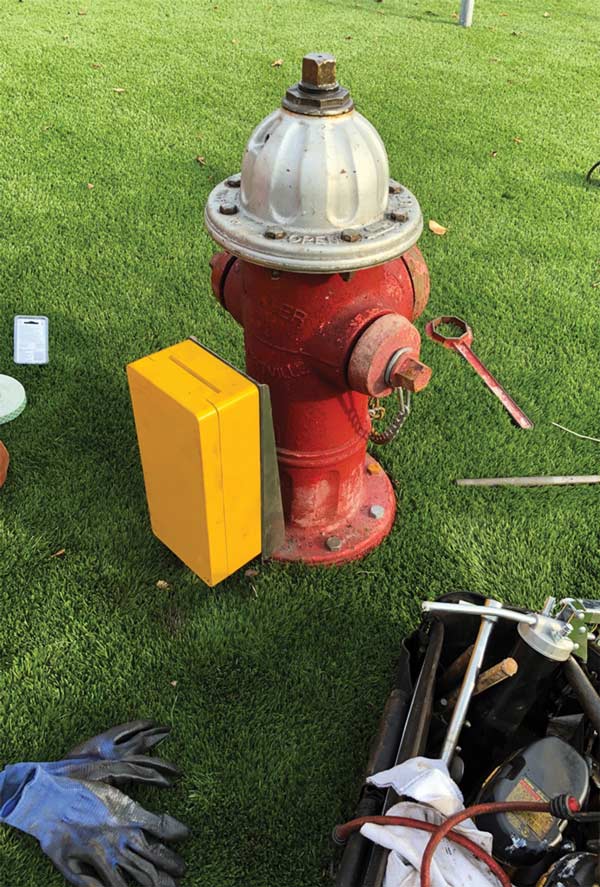 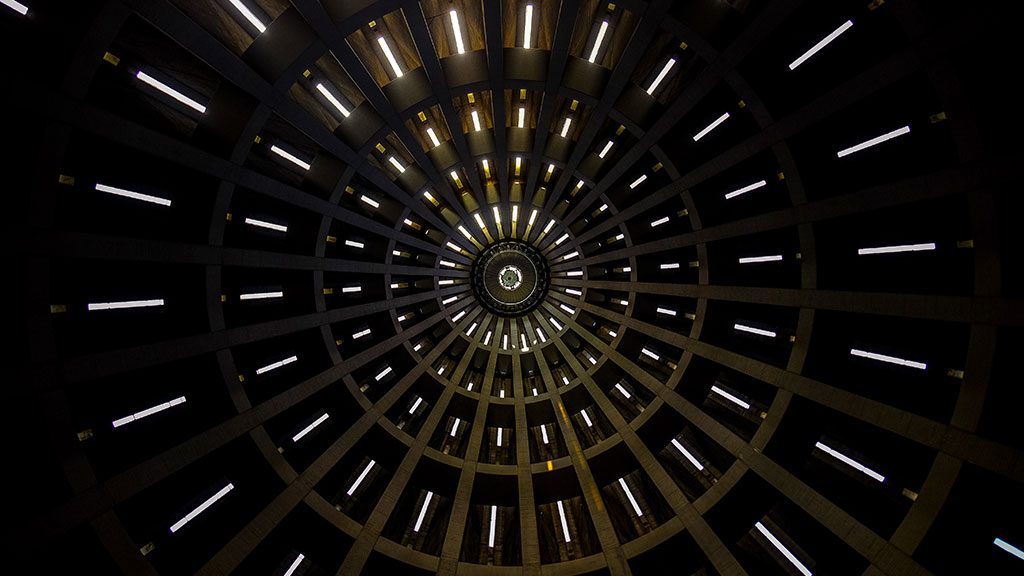 For municipal workers, stopping watermain leaks can be a never-ending battle. Small leaks that are difficult to detect can quickly become big leaks. And, as municipalities know all too well, big leaks can take out a road.

Imagine, then, detecting a leak just as it starts?

A novel, game-changing technology developed by Digital Water Solutions (DWS) can do just that. The company has come up with a monitoring device that fits inside a standard fire hydrant, constantly listening for anything out of the ordinary in the water system to detect a watermain break before it gets worse.

A unit — about the size of a small shoebox — is also attached to the outside of the fire hydrant. The sensors inside the fire hydrant use sound technology to listen for abnormal patterns that may result in leaks. The sensors monitor the drinking water system, providing live data on temperature and pressure.

When noise levels of running water get significantly higher than the established baseline and consistently stay high, it indicates a leak. Cloud-based analytics track the data, sending automatic alerts to managers of any suspicious patterns.

“The whole point is that if you have an ongoing leak the noise level will stay high and you’ll hear it,” explains Tim Sutherns, head of automation and controls at DWS.

“We track baselines against previous historical data and what we’re basically looking for is significant changes in the pattern.

“It’s like pattern recognition. If you have an ongoing leak, you’ll hear it. By looking for pattern changes, we can identify something that’s not normal and, if that’s the case, then send out an alert to the municipality.”

The technology was tested recently by the City of Waterloo. Forty units were installed on hydrants in the city covering approximately 10 square kilometres. The units cost about $10,000 each. The city obtained funding from the Canadian Water and Wastewater Fund to implement the technology.

Each area was selected because of a history of leaks or breaks and the opportunity to test the units on different pipe materials.

Sutherns says the technology is unique because it senses the pressure below the valve of the fire hydrant so there are no issues with freezing and therefore it allows the hydrants to remain in service year-round. 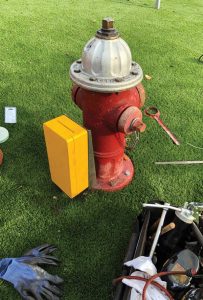 DIGITAL WATER SOLUTIONS—Here is what a watermain leak detection system looks like which is installed to a fire hydrant. The technology was recently tested by the City of Waterloo in an area of 10 sqaure kilometres.

According to a report by Waterloo staff, the results of the test were a success, as the kits enabled the city to monitor pressure, transient pressure, acoustics or leak detection, and water temperature to gain greater visibility into the water distribution system and a deeper understanding of one of the city’s largest unseen assets.

“Typically, you don’t get to see those assets until there’s water flowing down your streets and residents calling in saying, ‘What just happened?’ ” says Sutherns.

The city notes the installed sensors enabled the municipality to identify four events in the system, confirming the validity of the instrumentation and the value of the units.

In two of the events, the sensors detected watermain breaks. One was detected by acoustic sensors during overnight monitoring periods within the area where the units were installed while the other detected a leak that resulted from a pipe being ruptured by a backhoe about six kilometres from the hydrants outfitted with sensors.