What ‘Watergate’ is all about - Australia 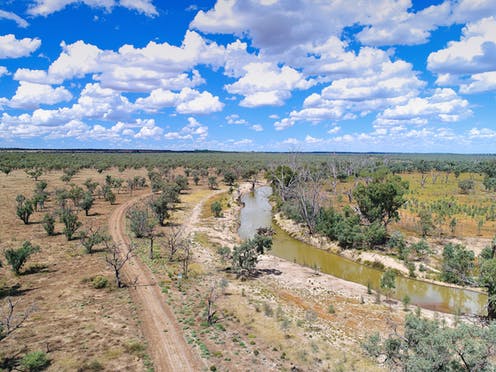 WHY IS IT CALLED WATERGATE?

Basically, because it is about water in the Murray-Darling Basin, Australia’s largest river system.

Farmers and other users take water from the river system, but the Federal Government has been trying to manage this better to ensure the river remains healthy.

There can be terrible consequences if water is not managed properly, with some blaming the death of millions of fish in Menindee this year on bad management.

NSW, Victoria, Queensland and South Australia governments have been fighting over how much water they are entitled to for years.

It’s been estimated about 13,677GL of water is taken out of the system every year for things like irrigating crops, manufacturing and the community.

In 2007, then prime minister John Howard announced a $10 billion plan to try and return some of the water to the river system. A Basin Plan was developed over several years and got support from both sides of politics in 2012.

Some are blaming mass fish deaths in the Menindee region on mismanagement. Picture: Facebook. Source:Facebook

SO WHAT’S THE BIG DEAL?

About $10 billion has been committed over 10 years for measures that would return water to the environment, including buying back water from users who have water licences and building infrastructure.

One of the deals involved the Government spending $80 million on buying 28 gigalitres of water entitlements from Eastern Australia Agriculture relating to two properties in southeast Queensland.

But concerns have been raised because it was one of the highest amounts paid for a water licence and was not part of an open tender process.

The company also once boasted Energy Minister Angus Taylor as a director (he helped start the company while he was an investment banker before entering politics) and was owned by a subsidiary located in tax haven, the Cayman Islands.

The 2017 deal made the owners of the company a lot of money. A $52 million increase to the value of its water rights was recorded within days of the deal being signed.

Unfortunately, it’s not possible to know who has benefited from the windfall because the Caymans does not reveal the shareholders of companies. Mr Taylor says he has had nothing to do with the company since entering parliament and received no benefit from the sale.

Another aspect of the deal that’s concerning is that some experts say the water the Government paid so much for was unreliable floodwater, known as “overland flows”, so was not worth $80 million.

Before the deal Eastern Australia was allowed to collect water during flood events and stop it from flowing into the river system. This is the water the Government has now paid $80 million for.

“The purchase that took place in 2017 for this form of unreliable water, or floodwater, was significantly higher than the prices being paid for river water,” Labor’s shadow minister for the environment and water Tony Burke said.

Whether the Government paid too much for the water is unclear because documents released to the Senate about the deal have been redacted so information about its value was removed.

Opposition Leader Bill Shorten said unless the Agriculture and Water Resources Department provided unedited documents about the buyback by 5pm Tuesday, he would back a wide-ranging review into the deal.

SOURCE to the full article about Australia's "Water Gate"

THE CONVERSATION on WaterGate