A Reflection on 15 Years of Water Footprint Research 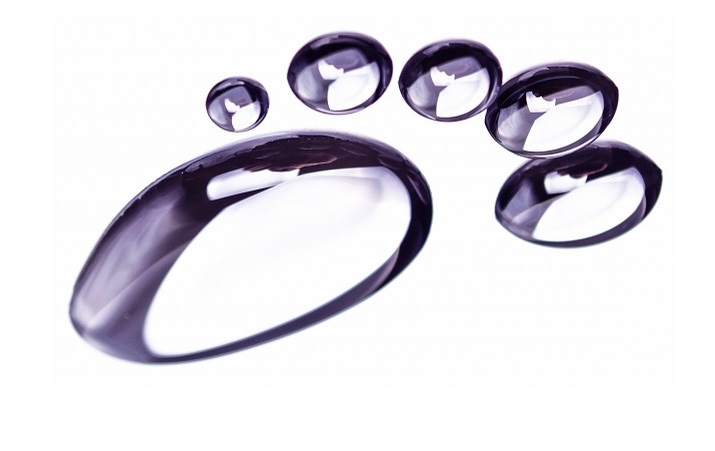 I am happy to share the results of a new paper which reviews the evolvement of water footprint assessment (WFA) as a new research field over the past fifteen years. The paper reflects on what the water footprint concept can offer. The research is rooted in four basic thoughts: there is a global dimension to water management because water-intensive commodities are internationally traded, so we must study virtual water trade and the effects of countries externalizing their water footprint; freshwater renewal rates are limited, so we must study the development of consumption, production and trade patterns in relation to these limitations; supply-chain thinking, previously uncommon in water management, can help to address sustainable water use from the perspective of companies and final consumers; and a comprehensive approach requires the consideration of green in addition to blue water consumption, the traditional focus in water management, and the analysis of water pollution in the same analytical framework as well. The quick emergence of the new field and wide uptake of the water footprint concept in society has generated substantial discussion about what the concept in narrow sense and the research field in a broader sense can offer and what not. The paper reflects on the main issues of debate.    The growing body of research on water use, scarcity and pollution in relation to consumption, production and trade has led to the emergence of the field of Water Footprint Assessment (WFA). At the foundation of this field is the water footprint (WF) concept, developed by me early in 2002 and introduced to an international audience at an expert meeting on virtual water trade (VWT) in December 2002 (Hoekstra 2003). I introduced the WF as an indicator of water use behind all the goods and services consumed by one individual or the individuals of a country and claimed that Bthe total water footprint of a nation promises to become a useful indicator of a nation’s call on the global water resources and that Bat consumers level it is useful to show people’s individual footprint as a function of food diet and consumption pattern^ (Hoekstra 2003). There was scepticism from researchers who did not believe it makes sense to analyse people’s indirect water use, becausewater resources management is about allocation to actualwater users, not ‘indirect water users’. Besides, it would be incorrect to ‘blame’ consumers for indirect water use or hold them ‘responsible’ for the negative impacts of indirect water use overseas. The concept appeared to be ground-breaking though, together with the idea of VWT from Allan (2001), who had suggested that virtual water import was amechanism that contributed to solvingwater shortages in the Middle East. In 2002, we quantified, for the first time, global virtual water flows related to international crop trade (Hoekstra and Hung 2002). By adding the ‘net virtual water import’ of a country to the water use within the country, as shown in traditional national water use statistics, we were able to reveal the ‘real’ water use of people in a country. While Allan had looked at VWTfrom the perspective of the importing country, I proposed to consider VWT from the exporting country perspective as well, because a food importer may ‘save’ water domestically, but the exporting region is left with aWF bigger than necessary to produce its own food, which may relate to sustainability and fairness of water resources allocation in the export country. International politics, markets and regulations indirectly influence the way water resources in different places are allocated and used and who finally benefits. Given that water availability and demand are unequally spread around the world and the fundamental importance of water as a resource, it is useful to analyse the international and geopolitical dimension of water resources allocation. Some of the early-day criticisms on the concepts ofWFandVWTstill arise at regular interval – as will be discussed in this paper – but in the meantime the field of WF and VWT assessment has matured, yielding in-depth studies and examples of practical use. Advances include the development of the full WFA methodology (Hoekstra et al. 2011), the quantification of WFs at high spatial and temporal resolution (Hoekstra andMekonnen 2012), the study of inter-annual variability and trends in WFs andVWT (Zhuo et al. 2016a), the development of WF benchmarks for crops (Mekonnen and Hoekstra 2014; Zhuo et al. 2016b), the assessment of monthly blue water scarcity at a high spatial resolution based on patterns of blue WFs versus patterns of water availability (Mekonnen and Hoekstra 2016), the computation of water pollution levels in river basins based on grey WFs versus assimilation capacity (Liu et al. 2012), the exploration of the use of remote sensing (Romaguera et al. 2010) and the development of future WF and VWT scenarios (Ercin and Hoekstra 2014). WFA applications vary widely, from product assessments, sector studies, diet assessments and catchment, municipal and national studies to global assessments. This paper reviews the evolvement of the field by sketching a number of developments over time and reflects on the major issues of debate.  Please find the full paper attached below.