A Simple Yet Brilliant $1.50 Sanitation Idea 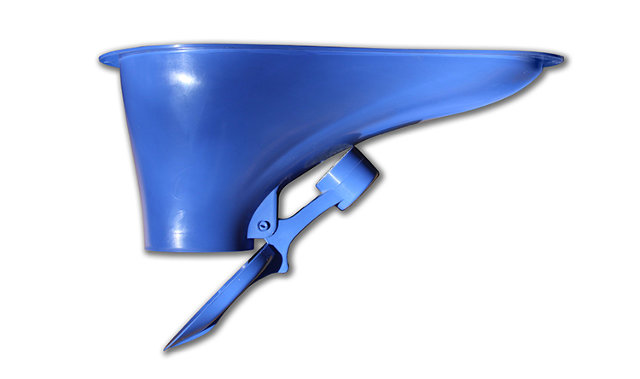 The most advanced sanitation solutions for the developing world aren't always cheap--for proof, take a look at theself-contained, waste-treating toiletthat won the Gates Foundation's Reinvent the Toilet Challenge. Anyone would be lucky to have it in their home or community, but it costs $1,500. In many places, that's just too much money.

Bathroom and kitchen fixture company American Standard has come up with a cheaper solution, also funded by the ever-presentGates Foundation: a $1.50 latrine pan that cuts down on sanitation-related disease transmission by sealing off pit toilets.

Jim McHale, vice president of research, development, and engineering for American Standard, says that his team was initially inspired by the gates Reinvent the Toilet Challenge. "Mainly what they funded was high-tech waste processing technologies. That was kind of outside our expertise, so I proposed we work on more short-term solutions for making hygienic latrines," he explains. The Gates Foundation loved the idea, and gave American Standard a small contract to test it out.

In 2012, McHale traveled to Bangladesh along with a designer to do a market study on latrines--what people were using, how the supply chain worked, and other factors that could help American Standard design a better product. They quickly learned that people were building un-hygienic latrines that had no seal to prevent disease. "Just about everyone we saw was using a plastic pan with a direct opening to a pit. It doesn't block disease transmission because flies come in and out of these things all the time," says McHale.

So American Standard gave itself a challenge: come up with a cheap solution that also takes into account that fact that in Muslim countries, people bring water to the bathroom themselves to both wash their hands (as a religious ritual) and to flush waste down the latrine. American Standard wanted a solution that required no more water than what could be held in a plastic teapot (about a liter and a half).

The company eventually came up with a trap door toilet pan that seals off pit latrines from the open after every use. "The construction of the latrine is exactly the same, except now instead of cheap plastic pan, you use one of these," says McHale.