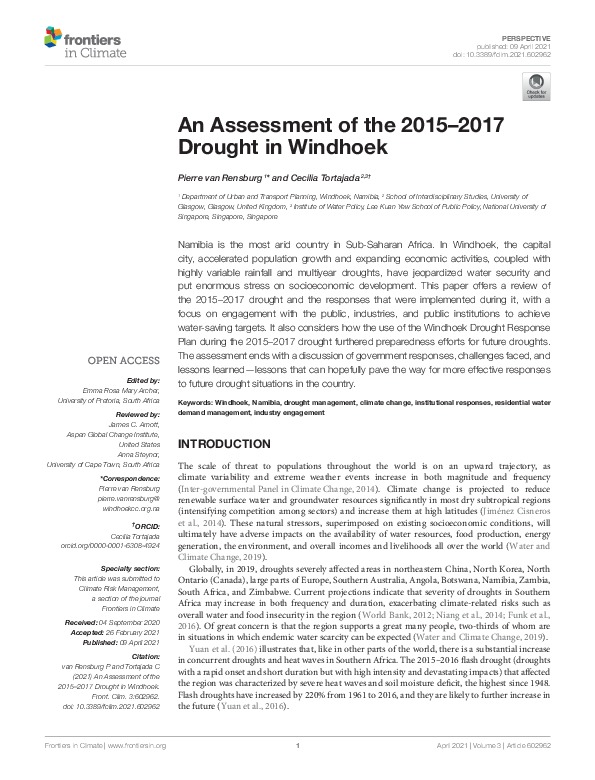 Namibia is the most arid country in Sub-Saharan Africa. In Windhoek, the capital city, accelerated population growth and expanding economic activities, coupled with highly variable rainfall and multiyear droughts, have jeopardized water security and put enormous stress on socioeconomic development. This paper offers a review of the 2015–2017 drought and the responses that were implemented during it, with a focus on engagement with the public, industries, and public institutions to achieve water-saving targets. It also considers how the use of the Windhoek Drought Response Plan during the 2015–2017 drought furthered preparedness efforts for future droughts. The assessment ends with a discussion of government responses, challenges faced, and lessons learned—lessons that can hopefully pave the way for more effective responses to future drought situations in the country.