China can water down impact of floods 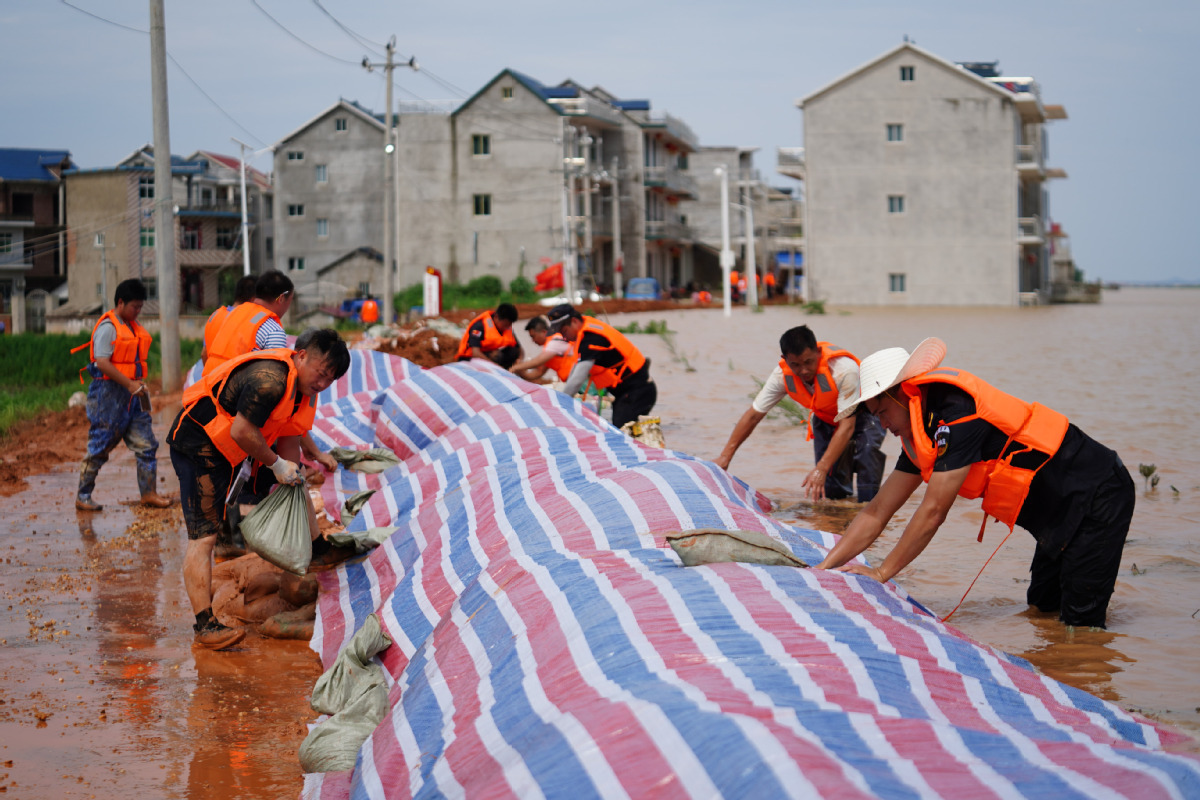 China has suffered from floods since time immemorial. In ancient China, when legend and history often intermingle, Da Yu, or Yu the Great, who could be considered as founder of the Xia Dynasty (21st century-16th century BC), is said to have tamed the floods of the mighty Yellow River, saving people from untold miseries.

The Yellow River is the second-longest river in China — after the Yangtze River — and the sixth longest in the world, and prone to frequent and serious floods.

The world’s worst flood was in the Yangtze and Huaihe rivers in 1931. After two years of serious droughts, extreme rainfall in the densely populated Yangtze River basin caused the 1931 flood. It affected an area equivalent to the size of England and half of Scotland, forcing an estimated 40 percent of the affected population to leave their homes — with the resulting diseases and malnutrition claiming more than 2 million lives.

Floods are one of nature’s most destructive forces. Globally, floods are responsible for nearly 40 percent of all losses due to natural disasters. Between 1995 and 2015, the world witnessed about 3,000 floods, which affected nearly 2.3 billion people. From 1980, floods have contributed to more than $1 trillion in global economic losses.

China has been battling another serious flood, with 433 rivers flowing above the danger levels since early June and 33 having crossed historically high levels. Also, more than 33,85 million people have been affected in 27 provinces and regions, and 141 people have either dies or are missing.

Worse, since major floods are more severe in late July or early August, the most dangerous period might not be over yet.

The flood situation in the middle and lower reaches of the Yangtze River is as bad as the massive floods in 1998, with the water level in Jiangxi’s Poyang Lake, the country’s largest freshwater lake, rising to 22.6 meters, higher than in 1998, on Monday.

Both President Xi Jinping and Premier Li Keqiang have said the Party and government officials’ top priority should be protect people from the floods, shift them to safer places and provide them with relief materials.

Floods cannot be prevented or completely controlled. But their impacts can be significantly mitigated, for which both infrastructure and soft solutions are essential. For example, the Three Gorges Dam has played an important role in mitigating floods in the Yangtze River. Between 2003, when the dam was completed, and 2019, it was used 53 times to control floods.

China has made great advancement in assessing risks, by studying the changes in flood-prone areas, and identifying ways to reduce those risks. And apart from making remarkable improvements in forecasting and monitoring floods, and strengthened its warning and communication system, China has built extensive flood-control infrastructure along rivers and developed ways to drain out floodwaters from cities as soon as possible.

Gray infrastructure such as dams, dikes, rainwater drainage systems, floodwater retention tanks, canals, and flood-proof buildings have become necessary in cities, and in recent years, they have been complemented by green solutions such as the sponge city programs, artificial wetlands, rain gardens and permeable pavements.

Additionally, with floods increasing in frequency and intensity, many city governments now require large constructions (buildings and factories) to build “underground tanks” to hold rainwater. Multiplied by thousands, such tanks can hold huge volumes of rainwater which otherwise would flood the streets, overflow the drains and flow into the sea.

A major problem China and the rest of the world face is how to determine the magnitude and duration of extreme floods that are likely to happen in the future because of climate change. Although meteorology and geophysics still don’t have a clear answer to that question, cities can strengthen their infrastructure and make necessary provisions to minimize the impact of floods on people and their livelihoods and the economy.

Asit K. Biswas is a distinguished visiting professor at the University of Glasgow and chairman, Water Management International Pte Ltd., Singapore. And Cecilia Tortajada is a senior research fellow at the Institute of Water Policy, Lee Kuan Yew School of Public Policy, National University of Singapore, and editor in chief of the International Journal of Water Resources Development.