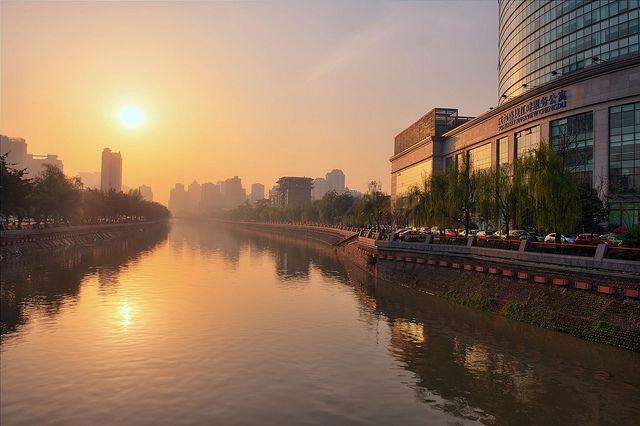 During their long march towards industrialisation, all developed countries failed to give adequate attention to air, water and soil pollution. When they did, it was considered as a price to be paid for progress.

By the 1960s, many of the major water bodies of North America, Western Europe and Japan were severely polluted. Cuyahoga River in the United States caught fire in 1969 because of extensive oil contamination – not the first time this river had caught fire. Incredible it may seem, Cuyahoga was declared to be a fire hazard. Many of the people who lived beside the river accepted this as a necessary evil of industrial development that brought employment and prosperity to Cleveland. A similar mindset prevailed all over the Western world.

By the late 1960s, confronted by widespread cases of serious pollution and the adverse impact on human and environmental health, environmental movements gained momentum and were instrumental in forcing the establishment of environmental protection ministries during the post-1970s in all countries. Environmental laws were toughened while public pressure in the West ensured they were enforced.

China has had breakneck growth over the past three decades; the GDP growth rate between 1989 and 2016 has averaged 9.85 per cent – a rate over a long-term period that no country has managed to achieve in human history.

The impacts of this have been extensive air, water and soil pollution that must now be ameliorated. China, in a certain sense, has followed the Western practices: develop first, and take care of pollution later.

There are some fundamental differences between the economic development of the West and China. In the West, it took place over two centuries, while much of the growth in China has occurred over the past three decades. Thus, in the West both economic growth and environmental pollution developed slowly.

In China, both the rate of economic growth and rise in environmental pollution are unprecedented. The economic benefits are evident. Credit Suisse estimates that in 2015, China had 108,764 million middle class adults compared to 91,856 million in USA. The Chinese middle class adults are more educated and confident than their parents, and are demanding a better quality of life. These demands have made environmental quality a priority in the country’s political-economic agenda.

Environmental degradation now threatens China’s economic growth, food security, public health and international trade. Long-term, unless this situation changes, it may affect the level of foreign direct investments in China. A problem for numerous companies is that often international staff prefer not to work in China because of environmental pollution.

In terms of food security, surveys  by the Ministry of Environmental Protection and Ministry of Land and Resources, over 2005-2013, found that 65 million acres of arable land, out of a total of 334 million acres (almost 20 per cent), are now unfit for food production because of serious contamination by heavy metals, primarily because of inadequate treatment and disposal of industrial and mining liquid wastes.

In April 2016, monitoring by Ministry of Water Resources found  that samples from shallow depths from 2103 groundwater wells from the country’s heavily populated eastern watersheds are seriously contaminated. Some 32.9 per cent of the samples were suitable only for industrial and agricultural use, another 47.3 per cent of were unfit for any type of human consumption. Chinese and international media made a big fuss about these findings.

China’s cities are supplied generally from deep (not shallow) groundwater, the quality of which is significantly better.

Trust and confidence in the water supplied by utilities all over the world has been steadily deteriorating for decades. Consider utilities of two major Asian cities, Singapore and Tokyo, which provide an excellent quality of water. In Singapore, our studies  show that 80 per cent of households boil water before drinking, the purchase of bottled water is estimated to double between 2014 and 2020, and the sale of expensive point-of-use water treatment systems are increasing steadily. In Tokyo, nearly 60 per cent of households use point-of-use water treatment systems and sales of bottled water are exploding.

China is no different. We have been regular visitors to China since 1983 and we do not know a single family that drinks water straight from the tap. The tap water is either boiled, or point-of-use water treatment systems are used.

Extensive media coverage of water pollution is likely to have long-term beneficial impacts and, along with public concerns, will ensure the pollution issue remains high on the political and economic agenda.

Fortunately China’s politicians are aware of the water problems confronting the country. In March 2014, Premier Li Keqiang described, during his first annual policy report, pollution as “nature’s red-light warning against the model of inefficient and blind development”. He went on to declare a “war on pollution”.

Premier Li’s war can be backed up by some tangible facts. In 2010, China’s environmental expenditure was RMB 2 trillion. By 2015, it had more than doubled to RMB 4.5 trillion, nearly 40 per cent of which was to combat water pollution. According to the report of the Supreme People´s Court, the number of criminal cases  of polluters in the country increased 8.4 times in 2014, over 2013 figures, an extraordinary achievement.

We are cautiously optimistic that, over the next one to two decades, China will be able to halt, and then reverse the water pollution trends. While physically it may be possible to make China’s water cleaner, getting the Chinese people to trust the quality of drinking water they receive will undoubtedly remain an uphill task.