Climate and Climate Governance in Vanuatu 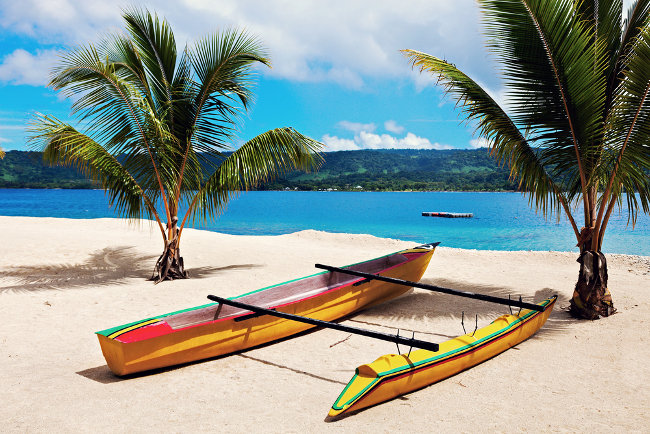 Vanuatu experiences severe tropical cyclones during the summer months of December to February, anomalously long dry spells associated with the El Nino-Southern Oscillation (ENSO), and frequent earthquakes and seismic activity due to its location along the “Pacific Ring of Fire”. According to the Commonwealth Vulnerability Index, Vanuatu ranks as the world’s most vulnerable country due to its high exposure to natural disasters, scattered island geography, narrow economic base, inadequate communication and transportation networks, and limited capacity to cope with disasters including climate change.

The impacts of climate change have serious consequences on the coastal environment in Vanuatu. The bio-geophysical effects include coastal erosion, increased flooding, loss of coastal lowlands and wetlands and salinization of surface and groundwater. The loss and degradation of coastal wetlands impact on the livelihoods and nutrition of coastal dwellers that depend on the ecosystem services from intact and healthy mangroves, coral reefs and other coastal habitats. In addition, the effects of climate change on the socio-economy of the country include the risks to human life and health, loss of property and infrastructure, deterioration of agriculture, tourism and recreation and loss of livelihoods. All these threaten the way of life of coastal communities that have strong affinity to coastal ecosystems for socio-economic purposes.

The economic costs of climate change impact in Vanuatu are also high. A recent study estimated the average annual loss from tropical cyclones at about US$37 million in terms of damages to buildings, other infrastructure and agriculture.[1]The majority of these costs occur in the coastal zone where the concentration of infrastructure, farming and related activities is greatest.

With respect to governance, Vanuatu has responded positively to its’ climate change challenges and has established a National Advisory Board (NAB) with primary responsibility for coordinating CC policies, programs and projects. The Secretariat of the NAB is the newly established PMU (Project Management Unit) based at the Vanuatu Meteorological and Geohazards Department (VMGD). The PMU will be the primary point of linkage for V-CAP in Vanuatu’s government processes; it will also provide administration and finance support and ensure integration with other climate change related projects in Vanuatu.