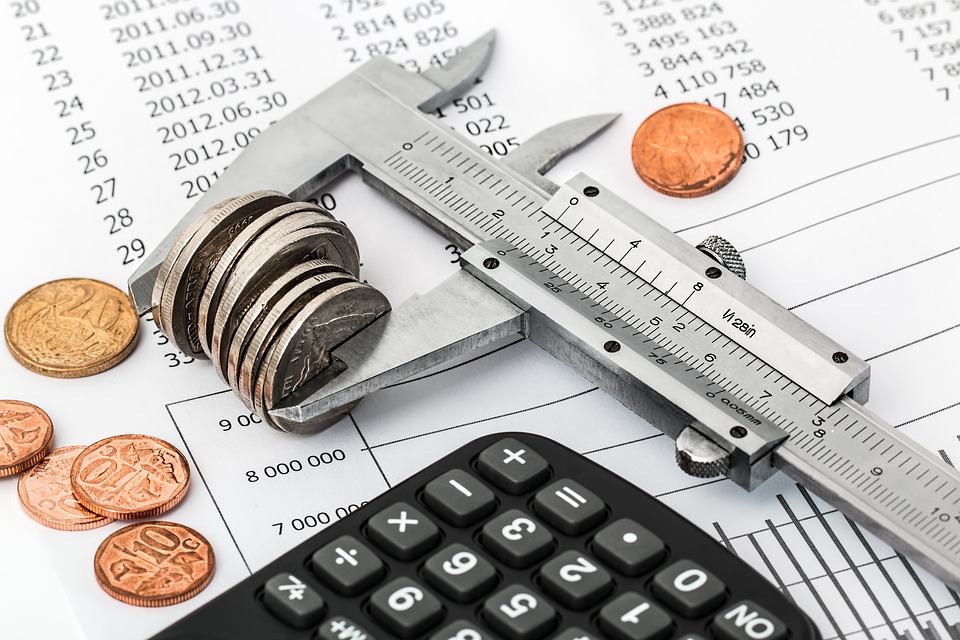 The World Economic Forum is underway in Davos, Switzerland, with issues like China’s economic slowdown, the refugee crisis, and terrorist threats likely to dominate the agenda. Last week the World Economic Forum released the  Global Risks Report 2016 ,  which contains a serious wake-up call to everyone affected by the state of the global economy (that would be… pretty much everyone!).  Climate risks top the list of potential risks to the global economy , and it’s a risk that’s connected to many others.

What the Global Risks Report found

In its 11th edition, the report is based on the annual Global Risks Perception Survey. The survey of about 750 experts assessed the likelihood and impact of several global risks and found that  “ f ailure of climate-change mitigation and adaptation” ranked highest in terms of potential impact  on a list of 29 major risks, including  weapons of mass destruction  (ranked 2nd),  water crises  (3rd),  large-scale involuntary migration  (4th), and  severe  energy price shock  (5th). Survey respondents included members of the business community, academics, and representatives from civil society and the public sector. 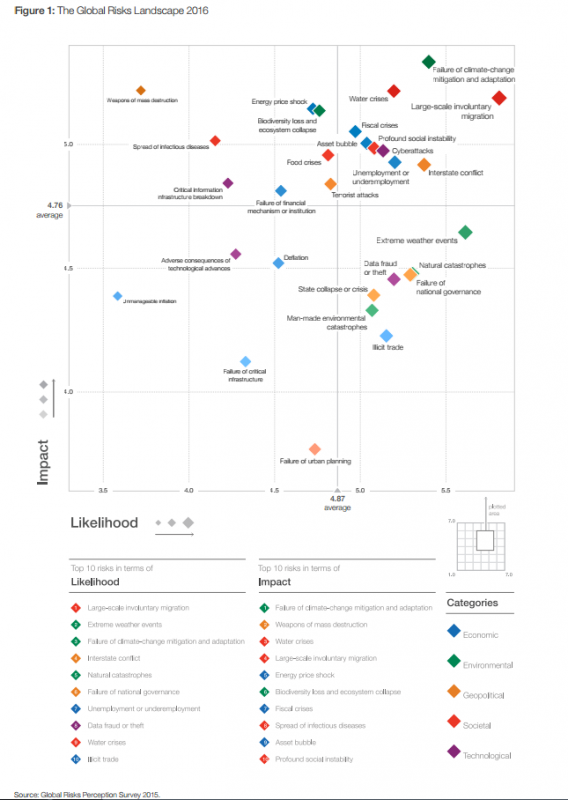 The report defines global risk as “An uncertain event or condition that, if it occurs, can cause significant negative impact for several countries or industries over the next ten years.”

Major global risks are interconnected, as are solutions

As the report points out, the reality is that many major global risks are interconnected in their causes and consequences. This means that we have to find effective ways to confront them together, and ensure that the solutions that we implement work to manage risks across the board. We can’t and shouldn’t tackle these risks individually or trade them off against one another.

As an example, climate change is contributing to the growing risks of droughts and water crises, including in the American West, the Horn of Africa, and in other parts of the world. The experts surveyed for the WEO report identified the potential for these types of water crises to trigger food security concerns, migration and conflict especially in developing countries. Our efforts to address growing water stress must go hand-in-hand with efforts to solve geopolitical crises, deliver humanitarian aid, and reduce the carbon emissions (primarily from our energy and land use choices) that cause climate change.

While this is an evolving area of research, a recent study also indicates that climate change may have contributed to drought in Syria, which in turn could have created conditions that increased the risks of conflict.

Similarly, we cannot blindly follow an all-of-the-above energy strategy while fueling a continued dependence on fossil fuels that contributes to climate change and air pollution and leaves consumers vulnerable to price spikes. Our energy policy needs to integrate climate, public health, and development goals, i.e. the imperative to accelerate the transition to a low-carbon economy with clean energy access for all.

Here in the U.S. 2015 brought 10 weather and climate disaster events topping $1 billion in losses apiece, including drought, floods, wildfires, and storms. 2015 was also the second hottest year on record for the contiguous U.S. Survey respondents in North America ranked extreme weather events as the second most likely type of risk for the region (see figure 3 on page 5 of The Global Risks Report). 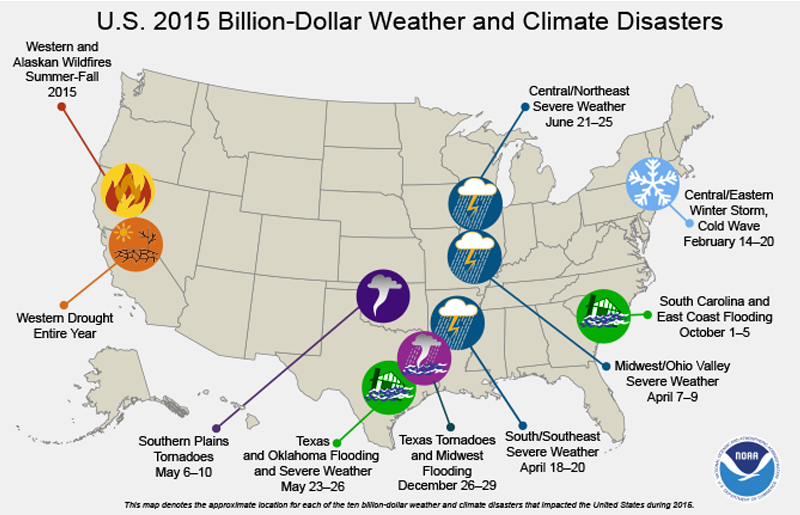 2015 was the hottest year on record globally ,  and coincided with a record El Niño pattern .  The year brought many devastating events, including Cyclone Pam (a category 5 storm that hit Pacific islands); Hurricane Patricia (a monster storm that  formed in the Pacific Ocean and hit Mexico); deadly heat waves that killed thousands of people in India and Pakistan; large wildfires in Indonesia; and record flooding in Scotland. Quite simply, it was a year of global climate chaos.

Time to act on holistic solutions

The report also points out the  opportunities for the business community and the public sector to act together  to manage risks and  limit their impact, especially in light of the momentum created by the Paris Agreement. In a press release accompanying the report, Erwann Michel-Kerjan, executive director of the Wharton Risk Management Center and member of the advisory board of the World Economic Forum Global Risks Initiative noted:

“ We are getting better at anticipating future shocks. Our next task is to quickly build much more effective resilience capability. I believe that if designed and executed well, restructuring some of the $300 trillion global financial assets towards this new resilience investment agenda can be a game changer. Let’s join forces to do that. ”

The positive news is that climate and clean energy solutions can bring multi-faceted benefits.  Cutting emissions and diversifying our energy mix by lowering our dependence on fossil fuels and switching to renewable energy is good for the climate AND can help limit other risks like energy price shocks, water crises, and the public health burden of air pollution .

Where trade-offs exist (and they do in some cases), they must be clearly evaluated to limit unintended consequences and maladaptive policies, and make intentional choices.

The magnitude of climate impacts, and our ability to limit them, also has profound implications for our ability to address poverty and deliver on the United Nations Millennium Development Goals.

While this post focuses on a subset of the major risks, global leaders need to do much more to limit other major risks identified in the report, including stepping up their efforts to address the plight of refugees around the world, tackle food shortages, and limit conflict. In a world of plenty, it is a moral outrage that so many are dying for lack of food, shelter, medical attention, and safe living conditions.

Back home, recent headlines have been dominated by the status of the U.S. presidential race. Now, more than ever, we need serious presidential candidates to declare their commitment to confront climate change and propose meaningful solutions to address what is arguably the biggest threat to the global economy and our well-being over the long term.