Clouds with a Silver Lining: Seeding Storms to Boost the Colorado River 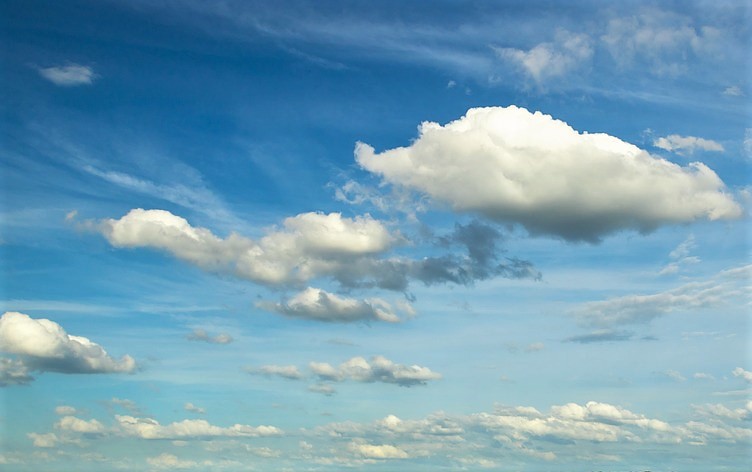 People in seven western states and Mexico rely on the Colorado River for their water supplies.

As the climate warms, the mighty river's flows are expected to shrink —straining its ability to meet demands of cities and farms. Water managers are bracing themselves for potential shortages and therefore keeping a watchful eye on Colorado's snowpack, where much of the water originates.

More snow means more runoff—so many cities, water districts, and even ski areas are participating in a little-known program to "fire up" more snowflakes from winter storms. 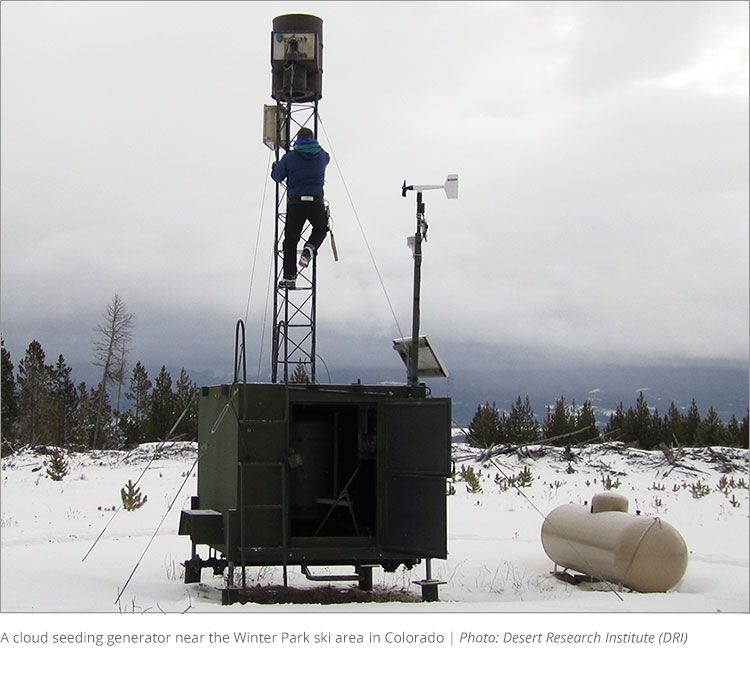 Clouds with a Silver Lining: Seeding Storms to Boost the Colorado River

In much of the West, demand for water is projected to outpace supply, especially in the Colorado River basin, which provides drinking water to over 40 million people. There are various strategies to close the gap–some controversial like building new reservoirs and others more widely accepted like conservation.

But what if you could just wave a magic wand and make it rain or snow? It’s not impossible and in fact, it’s been going on in the West for years.

It’s called weather modification, better known as "cloud seeding." With a changing climate and drier future, many are looking to the technique to boost snowpack in the mountains to meet growing water needs. More snow, even a small percentage can mean more runoff—and more water to cities and farms.

Back in the fall we drove with Joe Busto from the Colorado Water Conservation Board out of Fraser, Colorado, in the Rocky Mountains to see a cloud seeding operation firsthand—and meet some of the people involved. Busto says they're trying to "put extra snow in the bank where you need it for water supplies" and that cloud seeding has been shown to add anywhere from 5 to 15 percent to the snowpack.

With us in the car is Maria Pastore, who represents some of those entities that range from Denver Water and Colorado Springs Utilities to ski areas like Winter Park, which we’re not too far from as we drive. For a state with much tension around moving water across the Continental Divide, Pastore says cloud seeding is being embraced by both sides. She says they have a large group of collaborative sponsors, and cloud seeding is probably one of the arguably least contentious programs for the West Slope and East Slope partners.

Pastore's group works with ski areas for cloud seeding because you get more bang for the buck. They’re already located in places that typically get a lot of snow—and they provide a recreational benefit. After folks have schussed or snowboarded across it, the snow will melt and flow into the tributaries of the Colorado River to become drinking water and to turn turbines in hydroelectric dams.

We arrive at a spot that could pass for a nice campsite. Parked on it is a small camouflage-painted trailer with a twenty-foot mast sticking up in the air—and a barrel on top. Waiting for us by the trailer is Jeff Dean of the Desert Research Institute, or DRI. Dean and his team are at this site to get the cloud seeding equipment, called the generator, ready for the season ahead. So how does cloud seeding work?

Dean explains that cloud seeding is done by adding extra dust to the air. A typical cloud will only drop maybe five percent of its available moisture. They’re not very efficient. Inside every cloud droplet and every snowflake there is a piece of dust—nuclei that started the process. In cloud seeding, they're just introducing a little bit more of that dust. They do that by burning silver iodide, which goes up in the air to start the growth of a crystal that eventually will turn into a snowflake.

DRI has meteorologists watching several factors like wind speed, humidity, and temperature to identify the perfect moment to fire up the generator to hit their intended target, which in this case is the Winter Park ski area and Denver Water’s drainage.

Dean is out here with us to demonstrate how they start up the equipment. With a tap on his laptop the generator begins to hum. Dean could have been in his office in Reno or on a beach in Maui to activate the system. We watch inside the barrel and after a few seconds a bright yellow, robust flame appears, which indicates that the silver iodide solution is starting to burn. Dean says that last year this generator produced 22 inches of snow for the ski area.

So how do they know it wouldn’t have snowed anyway? They assess that by looking for traces of the silver iodide in the snow. DRI did an analysis at the Winter Park ski area where they went halfway up the lifts and did a full profile all the way to the ground by inserting test tubes every ten centimeters. They then weighed the samples and did a chemical analysis. They found trace amounts of the silver, which according to the state of Colorado, are at extremely low concentrations and not harmful.

The cloud seeding program isn’t just being sponsored by providers in Colorado. Downstream users in other states who depend on a good Rocky Mountain snowpack are also on board. Joe Busto says that after the drought in early 2000s, it was bad in Colorado, but the state rebounded quickly because reservoirs are next to the mountains. But the lower basin states downstream on the Colorado River—Arizona, California, and Nevada—came knocking on the door and said, "Lake Powell and Lake Mead are drying out..."

The result was a partnership among the Southern Nevada Water Authority that serves Las Vegas, the Central Arizona Project, and six agencies in California including the mega-one in L.A. All now help fund cloud seeding in Colorado.

So while recent storms are thrilling skiers, a good base on the slopes this year may also contain a  silver lining  for water users hundreds of miles away.