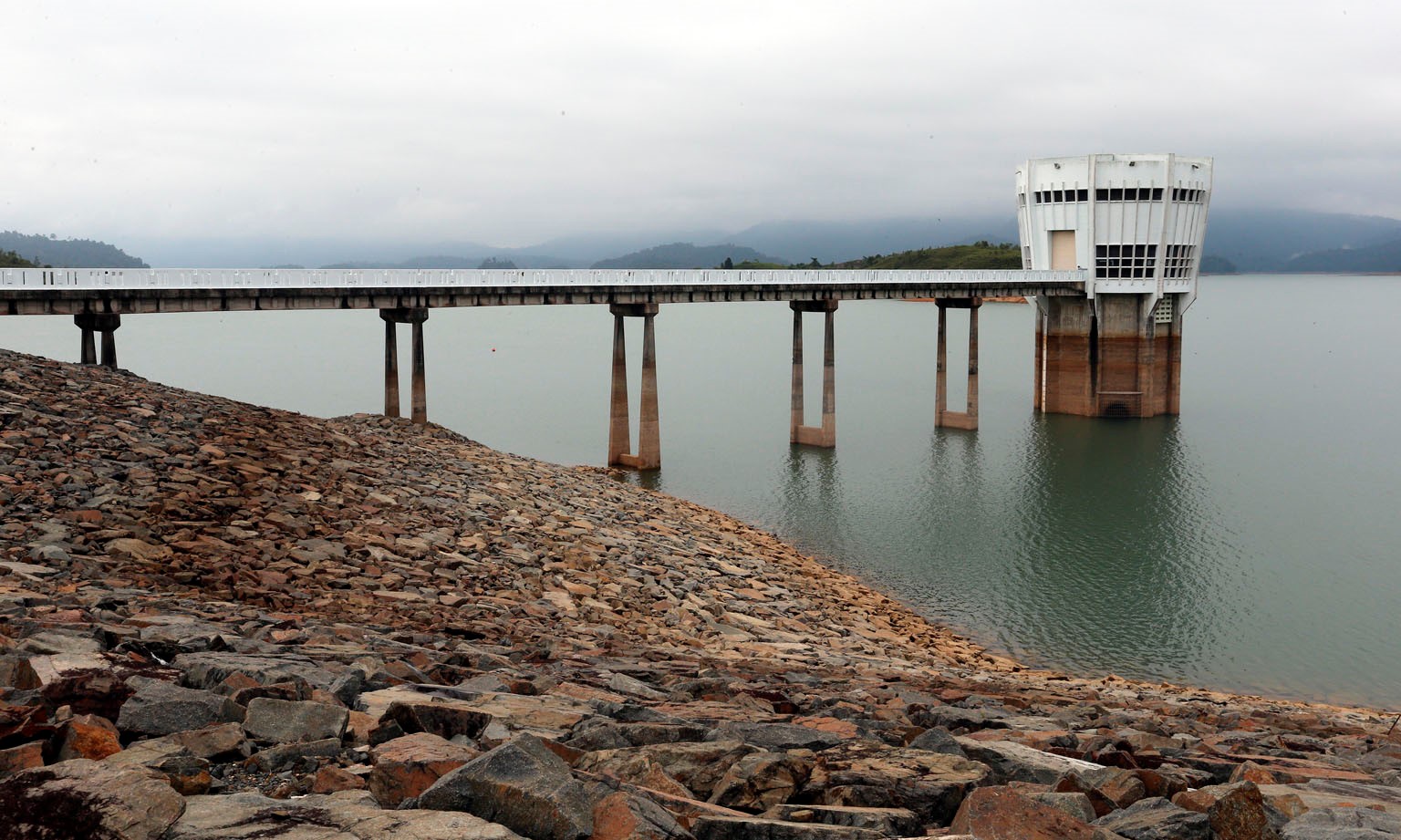 Singapore uses ​more water than ​many other ​developed ​cities. Its ​target to cut ​water use from ​151 litres per ​person to 140 ​litres by 2030 ​is not ​ambitious ​enough. A mix ​of pricing, ​incentives and ​behavioural ​change is ​needed before ​reservoirs dry ​up.

On World Water ​Day today, it ​is appropriate ​to reflect on ​the future of ​Singapore’​s water. ​

The Singapore ​Government ​announced ​recently that ​the price of ​water will be ​increased in ​two stages. ​Mainstream and ​social media ​have been full ​of comments on ​its need, ​relevance and ​appropriateness.​

Singapore last ​increased its ​water price in ​2000, and thus, ​for 17 years, ​this price has ​remained ​constant. ​Almost a ​generation has ​grown up with ​no adjustment ​in water price. ​Electricity ​rates are ​significantly ​higher than ​those for water;​ they are ​adjusted ​regularly. Thus,​ whenever ​electricity ​rates are ​modified, there ​is seldom a ​ripple and it ​is not big news.​ However, when ​the water price ​is increased ​after 17 years ​and heftily so, ​it became a big ​news item. ​ 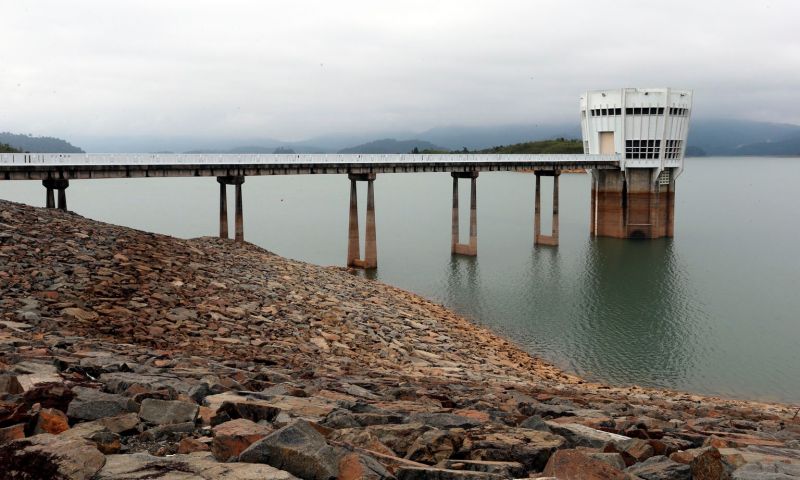 Prolonged dry ​weather has ​reduced the ​water capacity ​in Johor’​s Linggiu ​Reservoir to a ​historic low. ​If the ​reservoir dries ​up,Singapore ​will lose half ​its water ​supply and ​Newater ​production will ​be affected as ​well. ST PHOTO: ​CHEW SENG KIM ​

Our studies ​indicate that ​between 2000 ​and 2014, ​because of ​inflation, ​water price ​decreased by 25.​48 per cent in ​real terms. In ​contrast, ​electricity and ​gas prices have ​increased at a ​rate slightly ​higher than ​inflation. ​ 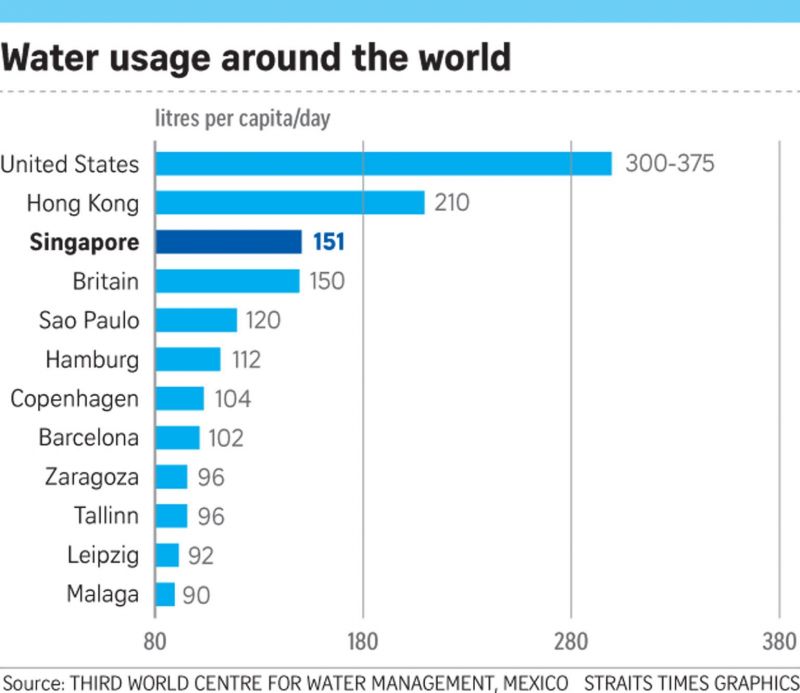 Not surprisingly,​ a recent poll ​by The Straits ​Times showed ​that 75 per ​cent of ​Singaporeans ​had no idea ​what their ​water bill was. ​

Singapore now ​needs to change ​the narrative ​from an ​argument of ​cost recovery ​for domestic ​and industrial ​water supply to ​one of managing ​a scarce, ​strategic and ​essential ​resource. For ​this, a ​profound ​societal ​mindset change ​is necessary as ​to how water ​should be ​managed in the ​future. ​

Let us assess ​the current ​situation. At ​present, about ​50 per cent of ​water used in ​Singapore comes ​from Johor. Due ​to the recent ​prolonged ​drought, ​storage at ​Johor’s ​Linggiu ​Reservoir late ​last year was ​at a historic ​low.

On Jan 9, ​Foreign ​Minister Vivian ​Balakrishnan ​said in ​Parliament that ​there is a ​“​significant ​risk” ​that the ​reservoir may ​not have any ​water if this ​year turns out ​to be dry. ​Fortunately, ​the storage is ​now more than ​30 per cent, ​but nothing ​assures us that ​this may not ​change again in ​the coming ​months or years.​

If Linggiu ​dries out, ​Singapore will ​lose not only ​half of its ​water supply, ​but there may ​also be a ​significant ​reduction in ​its Newater ​production. ​Newater is high-​quality ​recycled ​wastewater. If ​the supply from ​Linggiu is cut ​by half, how ​would this ​affect ​wastewater ​generated and, ​thus, Newater ​production? ​

Add to this ​the potential ​uncertainty ​imposed by ​climate change, ​which is likely ​to contribute ​to prolonged ​droughts, as ​witnessed in ​many parts of ​the world. ​

Accordingly, ​the prudent ​strategy for ​Singapore will ​be to prepare ​for the time, ​not if but when,​ the supply ​from Linggiu ​will reduce to ​a trickle due ​to prolonged ​drought. In the ​last six years, ​we have ​regularly ​argued that it ​is not floods ​but droughts ​that Singapore ​needs to fear. ​

MAKE DRASTIC ​CUTS IN WATER ​USE

Even at ​current rates,​domestic and ​industrial ​water usage is ​far too high ​for comfort. ​Both need to be ​reduced very ​significantly ​by judicious ​use of pricing, ​economic ​incentives, ​public ​education, ​awareness and, ​above all, ​behavioural ​changes. ​

Take domestic ​water use. In ​Singapore, ​domestic water ​consumption is ​over 50 per ​cent more than ​that in many ​other efficient ​cites. Per ​capita daily ​consumption in ​Singapore is ​about 150 ​litres. In ​contrast, ​developed ​cities like ​Malaga, Tallinn,​ Leipzig and ​Zaragoza have ​managed to ​reduce their ​per capita ​water ​consumption to ​less than 100 ​litres (see ​graph below). ​

True, these ​cities are in ​different ​climates and ​lifestyles do ​differ. However,​ water ​conservation ​practices are ​what counts, ​and a ​combination of ​economic ​instruments, ​and attitudinal ​changes by ​developing a ​conservation ​ethics, ensured ​a more ​efficient use ​of water. ​

Between 1960 ​and 1970, ​Singapore ​carried out a ​unique study as ​to how much ​water an ​individual ​needed to lead ​a healthy life. ​It showed that ​at levels above ​75 litres per ​day, there were ​no health ​benefits. An ​average ​Singaporean now ​uses twice this ​amount. Given ​that many ​European cities ​have progressively ​reduced their ​daily water ​consumption to ​less than 100 ​litres, ​Singapore needs ​to consider a ​much lower ​target of ​around 110 ​litres per day ​by 2035, which ​is achievable. ​By 2035, people ​in the most ​water-efficient ​cities will be ​using around 85 ​litres per day. ​

Finally, a ​mindset change ​is needed in ​terms of ​benchmarking ​good practices. ​Major ​technological ​breakthroughs ​often come from ​the developed ​world. However, ​many of the ​most significant ​policy ​breakthroughs ​are coming from ​the developing ​world. For ​example, ​Namibia’s ​Windhoek has ​had direct ​potable use of ​treated ​wastewater for ​nearly 50 years.​ In the city of ​Jaipur, India, ​people know ​from their ​regular water ​bills how much ​public ​subsidies they ​are receiving. ​

Most ​Singaporeans in ​contrast do not ​know how much ​they pay for ​water, let ​alone that they ​do not pay for ​all of their ​water-related ​services ​themselves, as ​some are borne ​by the state. ​For example, ​the Government ​pays for all ​stormwater ​management ​services as ​public goods, ​which ​households in ​numerous cities ​pay directly ​through their ​water bills. ​

Given the ​strategic ​importance of ​water in ​Singapore, it ​is essential to ​engage the ​population in ​the formulation ​of future ​policies ​through a ​robust ​communication ​strategy with ​all the facts, ​figures and ​implications of ​possible ​decisions. This ​will ensure its ​water security ​for decades to ​come. ​