How to Choose the Proper Irrigation Method? 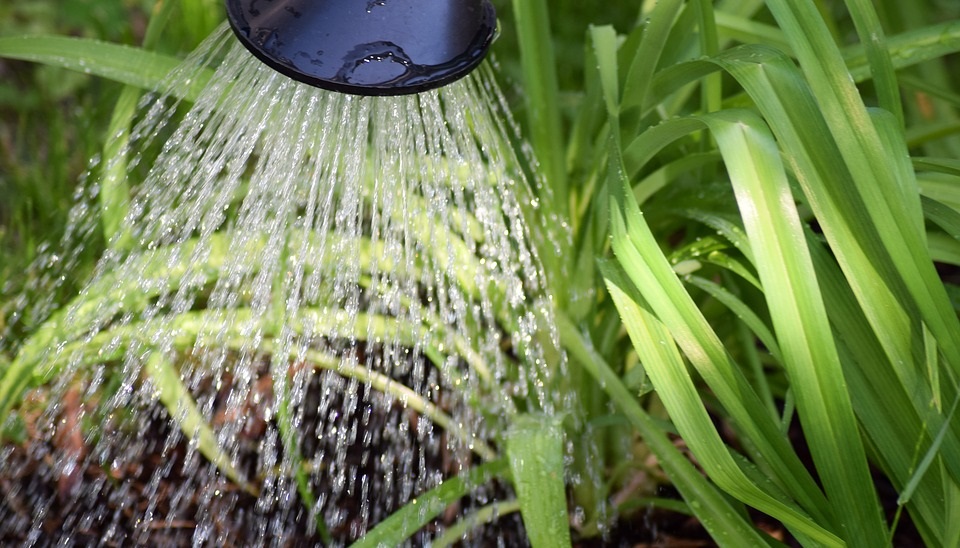 Only 50 years ago the global freshwater consumption was irrigation was three times lower than today. It is estimated that from this point the global water demand will increase by around 20% till 2050.

Irrigation ensures soil moisture for seed germination which enables their growth. Moreover, it is necessary for absorption of mineral nutrients by the plants.

On the other hand, too much irrigation can cause problems such as root decay and stump the plant growth.

Most of the water we use in homes and various industries can be treated and 90% of it can be returned to the environment, while only half of the irrigation water is reusable since the rest is lost by evaporation and evapotranspiration or bad water delivery.

Proper irrigation and choosing the right irrigation method, depending on the type of soil, crops and water quality, to achieve with minimal water loss is, therefore, or great importance.

For irrigation to be sustainable, water needs to be used in a smart way – groundwater overuse without replenishing should be avoided and recycled water should be considered as a sustainable water source.

Irrigation is the artificial supply of water to agricultural fields.

To decide which irrigation method exactly to use, multiple factors need to be considered:

Surface Irrigation includes various watering techniques where water is applied on the surface of the ground and absorbed by the soil, as the transport medium, due to gravity.

Technically, the water distribution is not controlled but good surface irrigation designs take into account  the type of soil, slope and the stream parameters.

There are two categories of surface irrigation:

Basin irrigation is applied to fields which are flat and leveled are surrounded by earth banks to prevent runoff.

The water flow is applied rapidly to the basin and is undirected.

Water should not drain after the basin has been irrigated.

Basin irrigation is not appropriate for every type of soil. It is best for soil with slow intake where crops with deep roots are planted in a closely to each other.

Furrow irrigation is applied in small parallel channels. Water is directed by channels, between crops rows, down the slope.

While moving down the slope, the water is absorbed by soil vertically and laterally.

The speed of water moving down the slope depends on the soil infiltration rate, the slope itself, surface roughness and furrow shape.

Furrow irrigation is good for crops which cannot remain in water for a long time.

Disadvantage of furrow irrigation is that water is not uniformly distributed – at the top of the slope, the application is much better.

If too much water is applied, water is lost to deep percolation.

The water running off the tail of the field is runoff water.

To minimize the amount of lost water two things can be controlled:

· set time (amount of time the water is running)

Increasing the flow rate and shortening the set time minimizes deep percolation but more water is lost as runoff.

If the set time is increased and the flow decreased, the uniformity of water distribution is lost and water is lost due to percolation.

In order to apply the correct amount of water, the set time and flow rate should be inversely proportional – if one is increased, the other one should be decreased.

The runoff can be used for other fields or pumped back to be reused. This enables percolation reduction without worrying about the runoff.

Border strip (bay irrigation) is a combination of basin and furrow irrigation where the field is divided into strips filled with water and separated by earth borders.

The strips are along the slope and are narrower than in basin irrigation.

Water is applied at the top of the slope as in furrow irrigation.

Border irrigation is convenient for trees.

· Waterlogging – if too much water is applied, the plant’s growth will stop until the water drains from the roots

· Deep drainage – if too much water is used, it will drain below the root zone and if the soil has saline layers the rising water tables, which occur in this case, will bring the salts up to the roots

· Salinization – lack of drainage will prevent leaching of salts.

In spray irrigation water is distributed from one or more high-pressure sprinklers or guns.

Spray irrigation imitates rainfall as with sprinklers water is broken into small droplets which fall on the ground.

Sprinklers may be operated by technology and may be rotors (rotating or partial circle sprinklers) or guns (at very high pressures).

Sprinklers may be mounted on moving platforms which are connected to a water source.

Center pivot irrigation is a type of crop irrigation with rotating equipment with sprinkles around the pivot.

Center pivot irrigation consists of pipes with sprinkles along them and wheeled towers for moving.

The water is fed to the sprinklers from the pivot point and can be directly leading to a groundwater source.

· easy to install and last for at least 25 years

· easily movable from field to field

· possibility to remotely monitor and operate the equipment

The center pivot irrigation systems market is projected to reach a value of USD 1,734.4 Million by 2021, at a CAGR of 14.9% from 2016. The market is driven by factors such as conversion of unirrigated lands to mechanized irrigation, technology adoption trend, shrinking arable land, and higher production as compared to rain-fed crops.

Drip irrigation (or trickle irrigation) distributes water directly to the base of the plant by dripping water.

Water supply pipes are laid on the surface of the ground or buried.

Subsurface drip irrigation is very useful for hard soils which do not easily absorb water from sprinklers so run off is avoided.

It uses considerably less water since only the part of the soil in which roots grow is watered.

The soil and roots are constantly moist while evaporation is minimized since the water soaks in the soil before it evaporates or runs off. Moreover, water is applied only where it’s needed.

It is suitable for most soils and row crops and usually one or two emitters are needed per plant (more for trees).

Drip irrigation can easily be automated and labor can be minimized.

· blockage in the emitters.

To avoid the blockage, the water should not contain sediments or should be filtered. However, drip irrigation is suitable for saline water.

Drip irrigation market is expected to reach a value of USD 3.56 billion by 2020 at a CAGR of 10.7% for the forecast period of 2015 to 2020. The market growth can also be attributed to the initiatives taken by the government in the form of subsidies in various regions to promote the use of drip irrigation systems.

To make irrigation more efficient, in addition to automated irrigation methods, many farmers use modern technologies such as moisture sensing devices, drones for monitoring and collecting and analyzing data, etc.

The most successful way of tracking the crops and giving them what they need is uding Internet of Thing (IoT). IoT is a network of interlinked devices which communicate with each other via Internet, which makes data gathering, analyzing.

IoT has numerous uses and various ways of reducing the water consumption, fertilirers and pesticides.

Data from sensors is sent to a Web server database and after data processing the output are clear results which indicate the crop needs. Farmers can even get notifications about plant requirements on their mobile phones.

IoT is a relatively new concept is being developed and upgraded constantly.

Another useful innovation for saving water in agriculture and better irrigation management are hydrogels.

Hydrogels retain water and slowly release it over time so once they are soaked in water and swell up they can provide the necessary water to crops and keep them moist while avoiding runoff and perlocation. Moreover, they provide just the right amount of water and prevent root rot, making crops thrive.