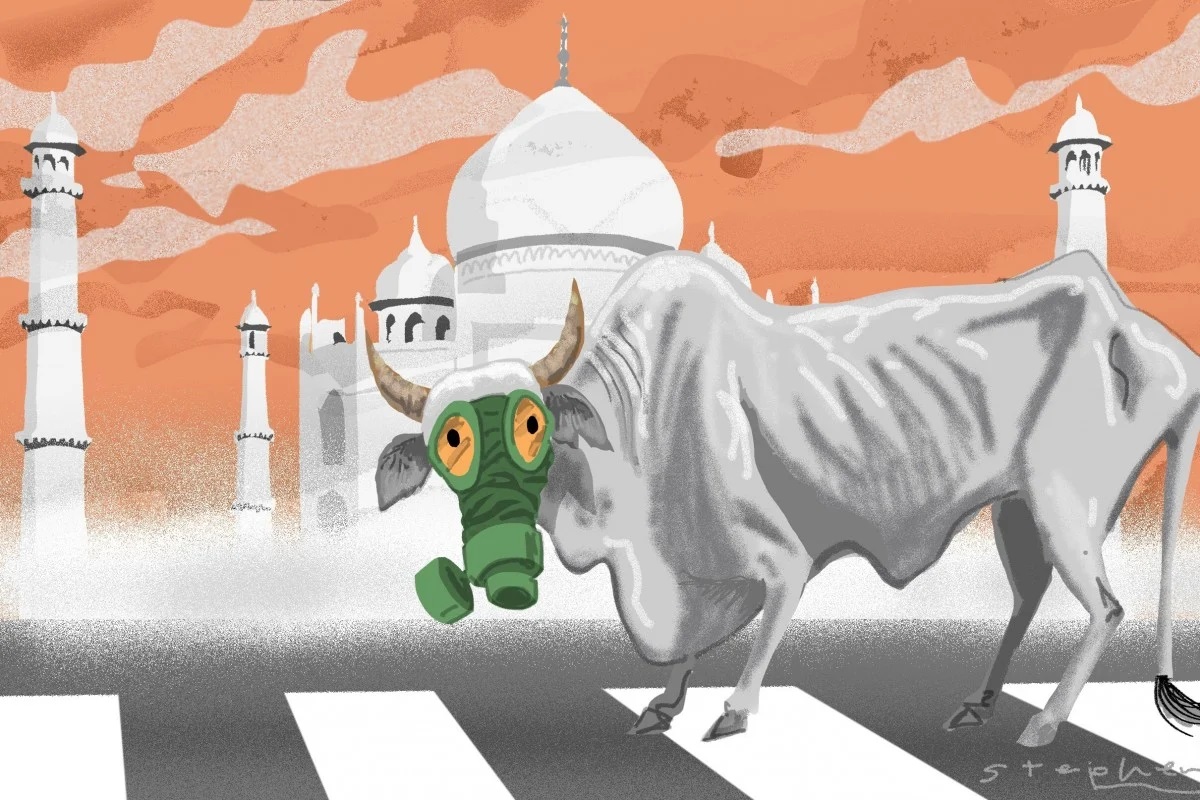 Tragic though they may be, Covid-19 and the ensuing lockdowns offer a glimpse into an alternative future in which air is safe to breathe.

How India and China, as rising powers, manage the by-products of industrialisation and agricultural practices will shape this future. Millions of lives can be saved.

The Covid-19 crisis is drawing attention to respiratory health, and in cities with severe air pollution, people may be more vulnerable to the virus. While the world is focused on crisis mitigation, it is important not to lose sight of recurring challenges such as air pollution and environmental degradation. These issues influence society’s ability to adapt to unexpected public health threats such as Covid-19.

The economic downturn inversely illustrates the devastating effects of unfettered industrial production and fossil fuel dependency. For example, India’s nationwide lockdown has led to a reduction in air pollution levels of 90 per cent or more – even in its smog-choked capital Delhi. Similar reductions have been seen in China, according to Nasa data.

Covid-19 is a profound tragedy for the many lives lost and devastating economic impact. The good that the world can take from the crisis, if anything, is that it provides a glimpse into an alternative future in which air is safe to breathe.

How India and China, as rising powers, manage the by-products of industrialisation and agricultural practices will shape this future. Millions of lives per year can be saved.

In the final months of each year, smoke covers cities in the Indo-Gangetic plains from Delhi to Kolkata, prompting complaints about breathing difficulties and forcing the closure of schools and offices.

This acrid shroud is a grim coda to India’s festival calendar, as Diwali celebrations give way to a collective sense of helplessness and anger over the government’s inability to improve air quality.

Twenty-one Indian cities, a majority in the Indo-Gangetic plains, were among the top 30 cities with the worst air pollution in the world last year. According to 2016 data, Indians lost 5.3 years of life expectancy as a result of air pollution (and a staggering 12 years in Delhi). India’s air pollution problem is a public health and economic emergency, but policy efforts have been middling and ineffective.

A pollution source of similar significance are the farm fires and illegal burning of crop stubble in neighbouring Punjab and Haryana states. For one week last November, 46 per cent of Delhi’s air pollution was caused by such burning.

Although Punjab and Haryana both provide subsidies to help farmers transition to environmentally friendly stubble management practices, farmers complain that paddy-disposing equipment is unaffordable and that there is no place to dump the residue.

The states’ efforts to target offending farmers – including threats, police action and withdrawal of subsidies – are proving largely ineffective.

The visibility of air pollution implies that the problem is not a lack of awareness but a lack of government capacity or concern. The National Clean Air Programme, launched last year, offers a road map and some hope, but faces structural roadblocks such as poor coordination and status-quo obstructionism.

China’s recent successful approaches had origins in “airpocalypse” – when a thick blanket of haze menaced Beijing in 2012. The central government responded the following year with a nationwide air quality action plan, outlining benchmarks in the country’s three major urban regions for reducing PM2.5 (a measure of airborne particulate matter).

Among structural initiatives such as environmental indicators for leadership promotion and improvements in monitoring and enforcement capacity, a keystone strategy focused on the prohibition of new coal-fired power plants and promotion of natural gas plants. Additional measures included seasonal restrictions on industrial production, penalties on factories failing to meet targets, and vehicle emissions standards and usage limitations.

The results of some measures have been mixed. For example, natural gas was promoted on a smaller scale as a replacement for coal boilers, but a natural gas supply shortage left households and businesses without adequate heating. Hebei province, surrounding Beijing, subsidised natural gas while shuttering over 170,000 industrial sites – a move that lead to big job losses.

China’s top-down efforts to control pollution are supported by a centralised political-administrative structure. In India, politics is contested; electoral outcomes are determined by often slim voting majorities. For fear of tipping a delicate electoral balance, India’s leaders are hesitant to adopt policies that burden one constituency more than another.

While the party in national power may support reducing crop burning in Punjab and Haryana, local party representatives have an interest in appeasing farmers. As with the Covid-19 response, policy consistency is crucial in addressing air pollution.

To paraphrase economist Alfred Marshall, the mysteries of healthy environments are no mysteries, but are literally “in the air” – as seen in recent photographs of crisp landscapes and sunlit skylines.

If India is interested in cleaning its urban air and closing the pollution progress gap with China, radical structural shifts must be considered. Weak action will only perpetuate the growing crisis, with tragic consequences for humanity and the environment.

This article was published by SOUTH CHINA MORNING POST, May 4, 2020.