IoT and Wastewater Pumping with a Robot 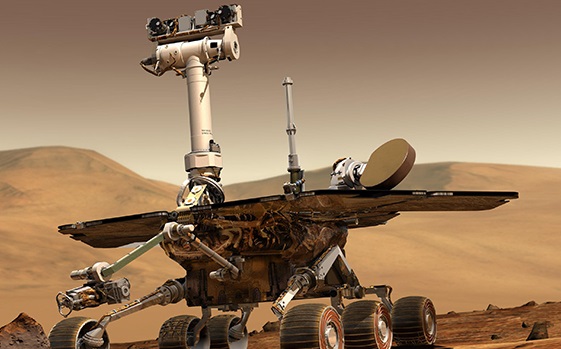 The interconnection via the Internet of computing devices embedded in everyday objects, enabling them to send and receive data. The Internet of Things (IoT) is a system of interrelated computing devices, mechanical and digital machines, objects, animals or people that are provided with unique identifiers and the ability to transfer data over a network without requiring human-to-human or human-to-computer interaction.

Now that you know the definition of IoT, you may be surprised to learn that the DIP System® has been a part of “ IoT” for many years. In fact, the DIP System® can be labeled as a robot. As robots are gaining favor these days, it’s only fitting to add the DIP System® to this list. The DIP System® began its life in 2003 and has become a commercial success based on its performance.   Just as other robots have done. 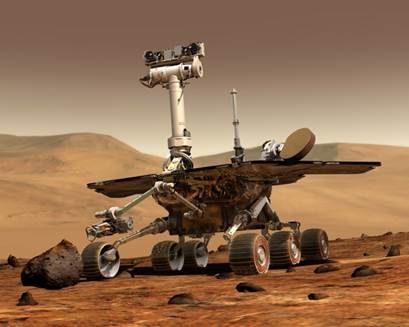 Mars Exploration Rover Mission is an ongoing robotic space mission involving two rovers, Spirit and Opportunity, exploring the planet Mars. It began in 2003 with the sending of the two rovers to explore the Martian surface and geology. source

The International Organization for Standardization (ISO)  defines a “service robot” as a robot “ that performs useful tasks for humans or equipment excluding industrial automation applications” . (ISO 8373) According to ISO 8373 robots require “ a degree of autonomy”, which is the “ability to perform intended tasks based on current state and sensing, without human intervention”. For service robots this ranges from partial autonomy - including human robot interaction - to full autonomy - without active human robot intervention.

What makes the DIP System® a robot? In a modern manufacturing setting, it would be what is called today as a “ cobot” or collaborative robot.  In wastewater pumping the DIP System® is a service robot built to faithfully carry out specific actions repeatedly, without variation and to a high degree of accuracy, determined by programmatic routines that specify the action, speed and volume to be pumped.

It will automatically clean itself if it becomes clogged without human intervention. It will print reports of its operation if needed. It will store its operational data for three months running. As to the IoT, it can be directed, instructed, managed, as well as monitored from anywhere in the world, at any time, with internet access and a pass code. Please note that these functions are not available with other so called “ redesigned” pumping systems still using submersible pumps in wet wells.

In our modern management requirements of today, it is time to get rid of the 60 year old type of system that uses wet wells and submersible pumps  and provide methods that keep human workers safe and out of harm's way.  You see, the DIP System® eliminates the wet well that gets its name from retaining raw sewage.

Obviously, this sewage produces odors and corrosive dangerous hydrogen sulfide. The wet well also requires float switches or other depth measuring equipment that is not needed with a DIP System®. Wet wells typically require trash baskets, grinders, or a bar screen & rake and usually compels labor and trash hauling to the dump site. These additional expenses are ended forever with a DIP System®.

The system is provided with programmable VFD’s that run the pumps only at the speed needed and controls the cost of operation. An added IoT benefit is the soft start and stops that eliminate water hammer and stress on old piping systems and valves. Should it happen, these pumps can run 150 hours when dry without a problem. Pump also can start and stop up to 150 times an hour without a failure. Your old submersible pumps, in their smelly wet wells cannot do this.

You can now have a robot for handling and pumping your wastewater. This IoT system will certainly be attractive to potential new employees don’t you think? It should be attractive to you as well. No more odor complaints from lift stations, no more pulling and cleaning clogged pumps, no more vac truck expenses forever, no more hassles form fats, oil, and grease (FOG) , no more waste of time to visit the lift stations, no more trash collection and disposal, and if needed, you can change an impeller in as little as 15 minutes with common hand tools.

Why not employ a robot that you can manage remotely with a smart phone, a tablet, a laptop, or a desktop from anywhere at any time? Are you ready for IoT? Call me today.